To look at the history of England in the World Cup, you’ve got to go all the way back to 1950. This is the first time that England competed in what is now commonly known as the FIFA World Cup.

However, this isn’t the entire history of the World Cup, to avoid confusion. The first time the tournament was played was actually back in 1930. So England didn’t join the action until 20 years after the inception of the event. 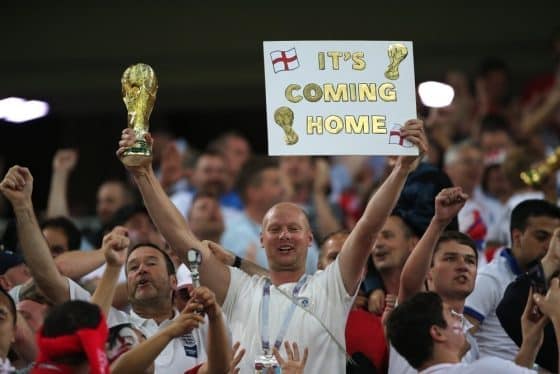 Then again, while it took England 20 years to participate, the team hasn’t missed a tournament since. This means that England has competed in 18 World Cup tournaments in a row. But they didn’t always make the main event. In fact, England hasn’t qualified for 3 out of the 18 events played since 1950, which is still a pretty good record. Of course, they have managed to win the tournament one time too – in 1966.

This is the only time that England has won the World Cup, and it’s the only time they have made it to the final. They have, however, made the semi-finals on two separate occasions besides 1966. And they have made the quarter-finals a total of six times. Again, this is pretty solid. So to say that England has been one of the top competitors at the World Cup would just about be justified.

With this in mind, let us run through some of England’s top World Cup campaigns in recent times.

The 2018 England World Cup campaign was one of the most impressive in the last 20 years. England made it through to the semi-finals before losing to Croatia in extra time by a final score of 2-1. They then lost to Belgium in the 3rd/4th place playoff game, and this was the second time in the tournament that England lost to Belgium. Of course, this solidified the 4th place finish for the England World Cup 2018 team. And amazingly, this was the first time that England had reached this stage of the event since 1990. So arguably, the 2018 World Cup England team was the strongest they had for over two decades. 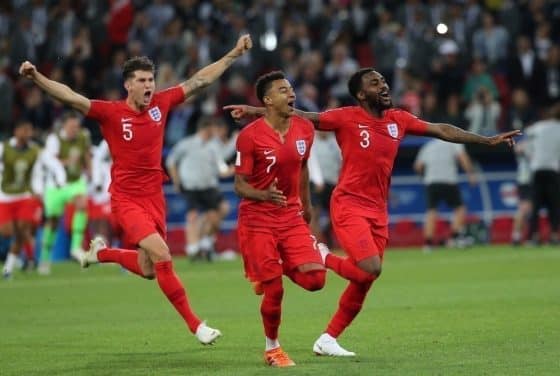 For the 2018 England World Cup tournament, they were drawn into Group G. This put them in the same group as Belgium, Panama, and Tunisia. So of course, England was favoured to make it through the group, and they did so with a 2nd place finish. England beat Panama by 6-1, and Tunisia by 2-1 thanks to a last-minute goal by Harry Kane. However, they lost to Belgium by a score of 1-0. This allowed England to progress through to the knockout stages with 6 total points from the England 2018 World Cup group.

There were many key changes to the England 2018 World Cup squad compared with previous campaigns in history. Of course, the most apparent change was the manager – Gareth Southgate. He had breathed fresh life into the team for the 2018 World Cup England campaign. And it seemed he really managed to get the players to gel together. Naturally, this was backed up by the England World Cup 2018 run through to the semi-finals. As for the squad, there were some key names that allowed such a run to occur.

Harry Kane managed to win the Golden Boot for the tournament by scoring the most goals, which was the only major accolade achieved by the World Cup 2018 England team. And although Courtois won the Golden Glove, it’s undeniable that Jordan Pickford was phenomenal between the sticks for England. Other guys including Sterling, Trippier, Maguire, and Walker were also influential in the campaign.

Moving further back through history now, let’s take a glance at the 2006 campaign at the World Cup for England. This was the second World Cup in a row where England made it to the quarter-finals, which was a great achievement. Ultimately, England lost to Portugal in the quarter-finals, and this game caused plenty of controversy due to the Rooney and Ronaldo incident. The game came down to penalties and it seemed that England still couldn’t shake the curse of penalties at the World Cup.

They lost 3-1 on penalties and therefore bowed out of the World Cup at the quarter-final stage once again. And this would actually be the last time that England would make it to the quarters or further for another 12 years.

Looking at the 2006 World Cup England team, there were some big names in the team – names that will go down in history forever. Up front, the team included names like Rooney, Owen, and Peter Crouch. Back in midfield the England 2006 World Cup squad still consisted of true legends too. Names like Beckham, Lampard, and Gerrard were the most significant, but there were many other top players too. That’s why there was so much hope about England’s chances at the 2006 World Cup. And for the defence, England had a very solid lineup. 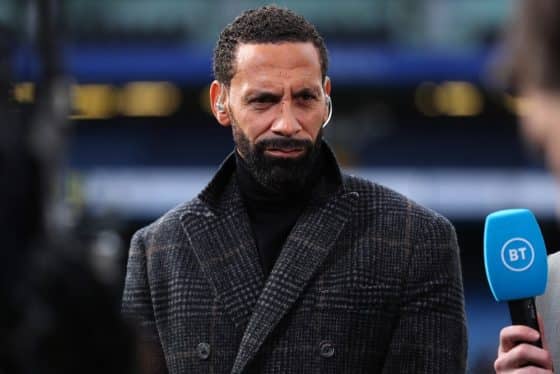 The team had some incredibly experienced players such as Ferdinand, Terry, Gary Neville, Ashley Cole, and several others. Finally, the number one goalkeeper was still David James back then. But the backups included Paul Robinson and Scott Carson.

As mentioned above, with 2006 being the second-consecutive quarter-final run for England, this means that the 2002 World Cup also involved the last 8 runs for England. The difference here is that England met their fate at the hands of Brazil rather than Portugal. At this stage, England lost to Brazil by a score of 2-1, and Brazil went on to win the tournament. As for the England 2002 World Cup squad, again, the team had some fantastic players in the lineup.

The biggest names included Beckham, Southgate, Sheringham, Scholes, Ferdinand, Seaman, Haskey, Owen, Campbell, and a bunch of others. With such an all-star squad, people believed that England could go all the way. But at the same time, Brazil had a team of all-time greats – truly. So there was no real shame in losing to the Brazilian squad at the time, although England would have obviously hoped for a different outcome and a different history! 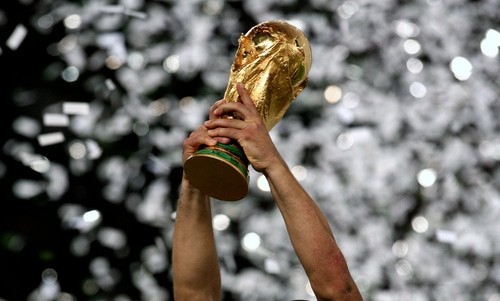 With just one week to go until England kicks off their World Cup campaign against Iran, expectation and excitement have […] 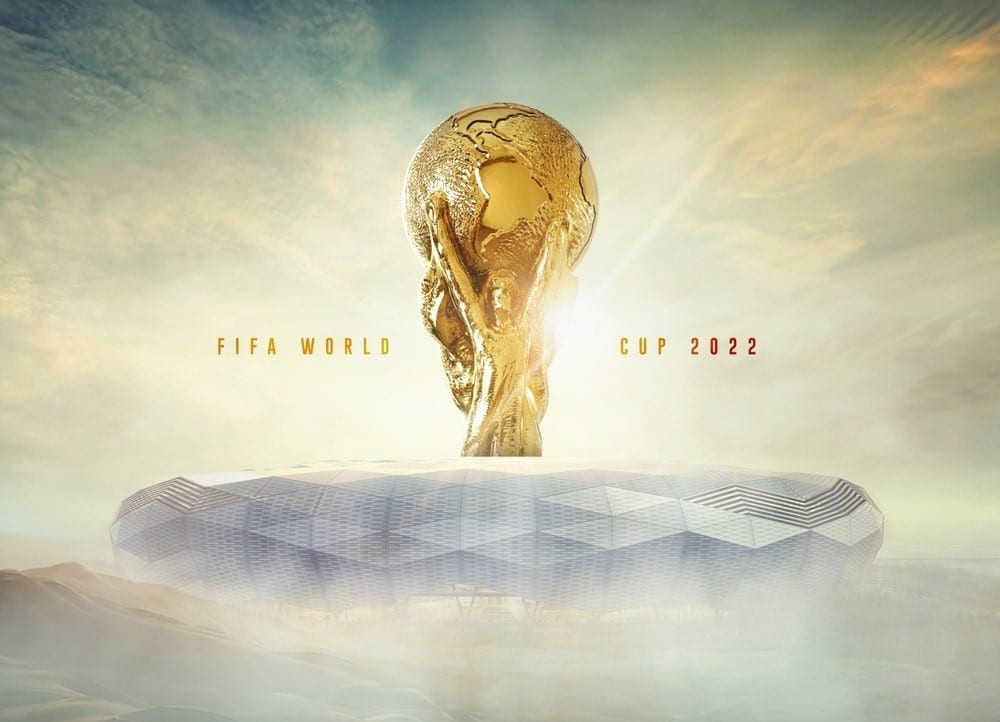 Since the 2022 World Cup is just a few months away, we are all getting pretty pumped for another instalment […] 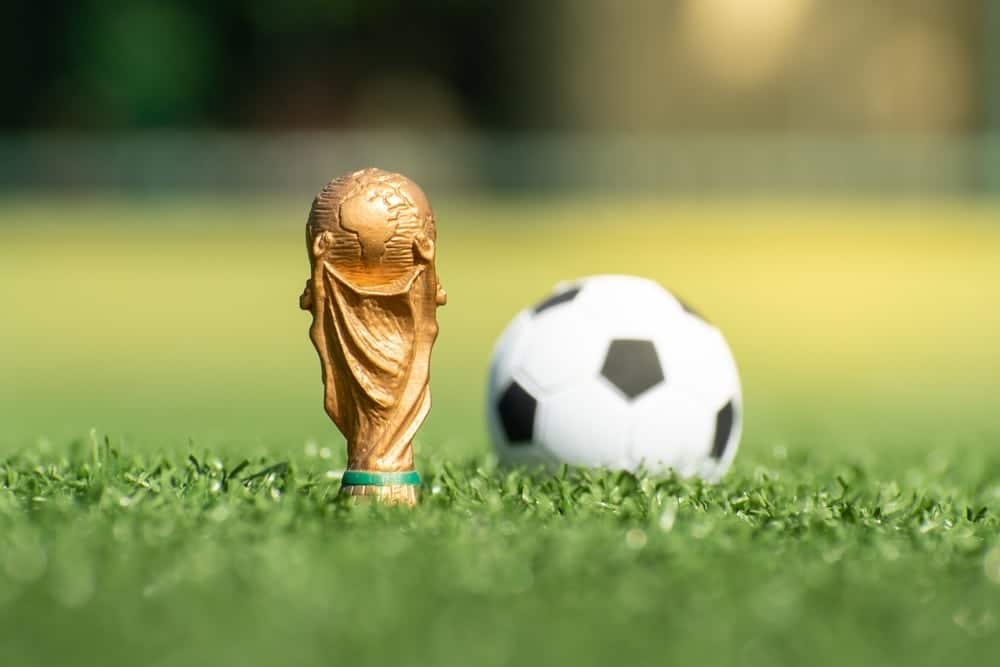 The last game of the England World Cup qualifiers was played on November 21st, 2021. This is almost exactly one […]