FC Zurich are up against Qarabag at the Stadion Letzigrund in a bid to overcome a 3-2 deficit from the first leg and reach the third qualification round. This meeting will take place on July 27, 2022.

Qarabag gained a sizeable lead in the second round of the Champions League qualification stages on aggregate after beating Zurich 3-2 at home in the first leg. A brace from Ibrahima Wadji and an early goal from Kady was able to give a decent win for Qarabag, although Zurich remain in the frame thanks to late goals from Kamberi and Kryeziu.

Qarabag have been quite good in recent games. They have been able to go unbeaten in the last 21 top flight games, which have produced an incredible 16 wins and five draws. Zurich have struggled for form and consistency. Even at home, they have had a disappointing run in the Champions League and Super League. A double chance makes a lot of sense in this match.

There have been more than 2.5 goals in 13 out of the recent 16 away Champions League games for Qarabag. Despite holding on aggregate lead, Qarabag are expected to come under pressure. The two teams have enough scoring potential and it was visible even in the first leg, which ended up producing over 4.5 goals.

Zurich vs Qarabag: Battle for the Champions League third-round

FC Zurich head into the game looking to overturn a surprise defeat in the first leg. The Azerbaijani visitors were able to surprise the Swiss outfit with three goals. The game highlighting the defensive issues within the Zurich squad and they have now suffered three consecutive losses in all competitions.

Qarabag were able to come up with a handsome win over Lech Poznan in the previous round. The firepower within the team looks extremely good and there were plenty of positives for the team to take home from the first leg. Qarabag are looking to avoid a drop into the Europa League qualifying rounds if they lose this game.

Zurich: Becir Omeragic has been struggling with a meniscal injury that will keep him out of the game.

Qarabag: There are no injury problems for Qarabag coach Qurban Qurbanov.

Top Champions League Qualifier Stats ahead of Zurich vs Qarabag

Questions about Zurich vs Qarabag 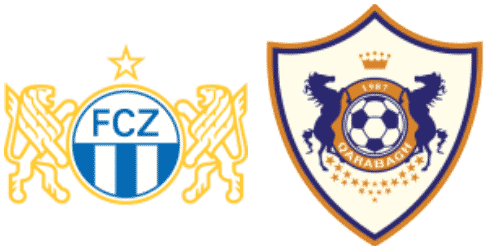 Where is the match scheduled? Stadion Letzigrund

Which team is the favourite to win? FC Zurich