“Success is born out of arrogance, but greatness comes from humility.”

Zlatan Ibrahimovic is an enigma. He divides the opinion of football fans around the world. People have a difficult time separating the man from the player. This may be one of the reasons so many seem to simply not rate him as a footballer simply because they don't like him as a person.

Regardless of what you think of him as a man you can't ignore his achievements within the game. He's won league titles with six different clubs in four different countries as well as countless other honours. Chairmen have spent over £150 in transfer fees bringing him to their clubs, and why? As much as football is a team game there are some individuals who almost guarantee success. He's one of them.

Paris Saint-Germain wanted to become a European super club. They were bought by Qatar Sports Investments in 2011 and spent big, probably too much, on the likes of Javier Pastore and Eziquel Lavezzi to show they meant business. It didn't have the desired effect, teams just viewed PSG as a club that would overspend to get the flavour of the month player.

Ibrahimovic's arrival in the Summer of 2012 changed that.

As the player himself said before playing his final match for the Parisians “I came like a king and left like a legend.” The naysayers will view that as the player being his usual arrogant self but it's true. He arrived at the age of 30 on a bumper contract to, no disrespect to Ligue 1, an inferior league. He could have easily went into retirement mode. That's not who Ibrahimovic is.

He took PSG to new heights. He put them on the map. Instead of thinking of Paris and automatically thinking of the Eifel Tower it was the now ponytailed Swede that was associated with the va va voom of Paris. It was the perfect fit. Ibrahimovic oozed confidence. The stereotypical Frenchman thinks that they're better than you, well so does Zlatan. In his final season at the club he became their leading goal scorer having netted 156 times in 180 games. Four consecutive Ligue 1 titles and two consecutive domestic trebles. His arrival was the kick-start the club needed.

The 34 year old should be coming to the end of his career now but there are rumours he's heading to the Premier League for one last hurrah. It's one league he's yet to conquer so the temptation may be too much for the striker. He may fancy his chances at silencing the doubters in England. He had the chance to join Arsenal before moving to Ajax but rejected it after Arsenal wanted him to attend a trial. Zlatan doesn't do trials.

Theoretically it's a move that shouldn't work. He's 35 in October and the Premier League is much more physically demanding than Ligue 1. But there's nothing logical about this player. He finished the 2015/16 season with 50 goals in 51 appearances, more than he's ever scored in a single season before. He was the second top scorer, with 11 goals, in the qualifying rounds for Euro 2016 behind Robert Lewandowski. He was scoring freely in the Champions League, netting the winner against Chelsea. 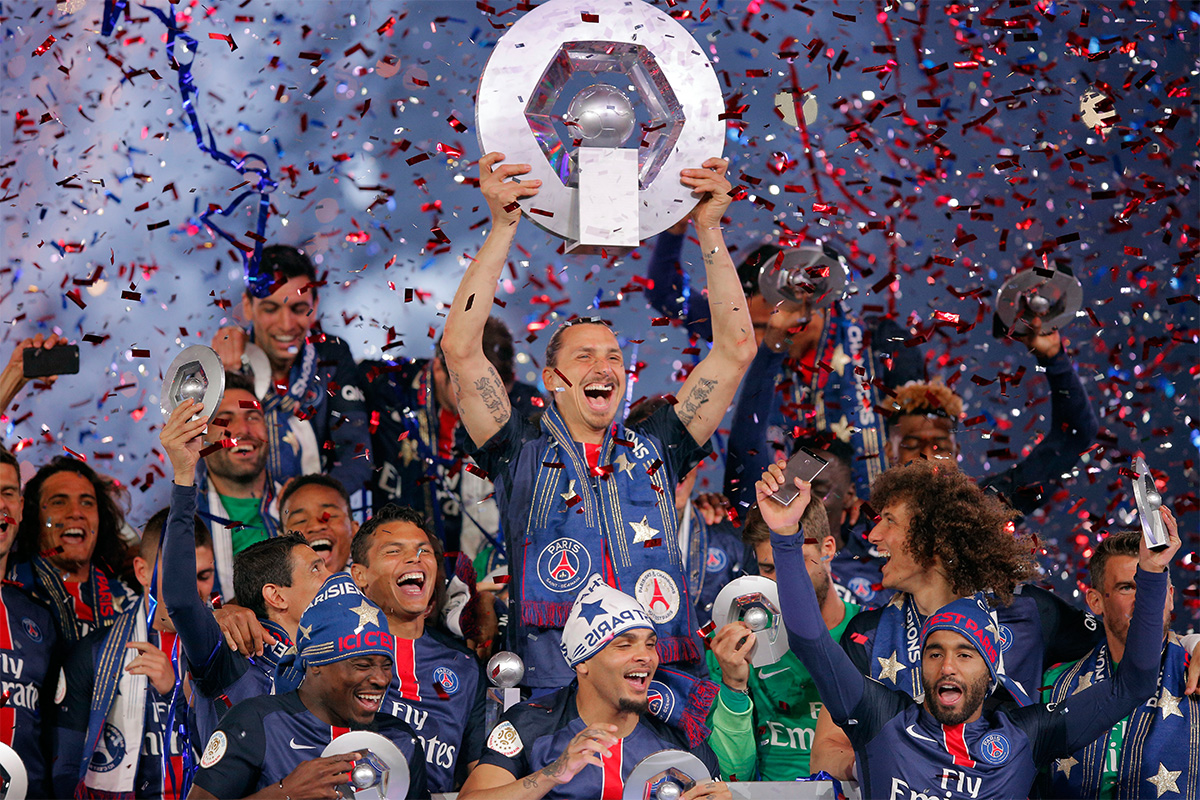 There is a conundrum for potential buyers. Would Zlatan's ego allow him to be a squad player? Can you really justify making a 34 year old an integral part of your first team?  If history tells us anything it's he performs better when he's the man. As soon as he's rivalled that's when issues begin to arise.

Zlatan has a nasty side to him. He's the sort to cause disharmony in the squad if the conditions aren't what he deems perfect. From threatening to break then Ajax teammate Rafael Van Der Vaart's legs to announcing he'd publicly punch Barcelona manager Pep Guardiola if he didn't sanction his move to AC MIlan. He had physical altercations with three of his Milan teammates and he's been sent off for violent conduct at all of his clubs.

It's safe to say if he were to join a Premier League side there would be nobody else like him in England. The Premier League may be the richest league in the world but it doesn't mean it's where the best players come to play. If you want success in the Champions League, which is what all world class stars want, then they head to one of three clubs: Bayern Munich, Barcelona or Real Madrid.

In terms of players Ibrahimovic would be at the top of the food chain in the Premier League.

However the Premier League is in the midst of a coaching revolution. Jose Mourinho, Pep Guardiola and Antonio Conte are joining the likes of Jurgen Klopp, Arsene Wenger and Mauricio Pochettino from the 2016/17 season. The Premier League has seen such talent in their managerial ranks since the mid 2000's. Such strong coaches being at the helms of the traditional big clubs means there aren't many, if any, who would bend their whim to appease Ibrahimovic.

One possibility is Ibrahimovic rejoining Mourinho at Manchester United. The two had success while at Inter Milan and the charismatic Portuguese manager is one that he speaks fondly of. United are one of the few clubs able to pay the salaries being quotes in the media. But is he worth the risk? They already have one player in Wayne Rooney on £300,000 per week who they have to fit into the team, can they really do that with Ibrahimovic if the team suffers? Where would it leave the highly rated Anthony Martial and Marcus Rashford? Both would no doubt learn from the mercurial Swede but his arrival would directly impact their playing time. The youngsters need that exposure to first team football to improve.

He could be the signing to fire United back into the Champions League. All they need is one season similar to his final PSG one and it could well be enough to get them into the top 4 under the watchful eye of Mourinho. This risk, along with the financial benefits the Zlatan brand would bring to the club, may be enough for United to change their short term plans and centre it around Ibrahimovic.

This isn't a player that looks like he's ready to take it easy just yet. He's still a match winner and a game changer, you can never have too many of those. At the end of the day, they're priceless.