Real Madrid fans, upon hearing the news of Zinedine Zidane’s return, were understandably happy. In a season of overwhelming negativity, this was something positive.

There is now optimism and expectation again at a club where success is often taken for granted. Such is Zidane’s popularity, his appointment as Santiago Solari’s successor will almost certainly give a beleaguered group of players a major boost.

There is, though, very little the Frenchman can do about this season. Real Madrid have long been out of La Liga’s title race, 12 points behind Barcelona with 11 games remaining. They were knocked out of the Copa del Rey and Champions League in the space of a week, too, losing to Barça and falling to a humiliating defeat against Ajax at the Bernabeu.

For once, talk of a crisis was not hyperbolic. Solari could not continue and Florentino Pérez turned to a familiar face. Zidane, 284 days after leaving the club having won a third successive Champions League title, is back.

“We’ll change things,” he said at his unveiling. “We have to change things for next year but now it’s not about that. What matters is that I am back and we have time to talk about what we have to do.”

The main beneficiary of Zidane’s appointment could well be Isco, who was almost completely frozen out under Solari. The midfielder has not started a game for Real Madrid since a 3-0 home defeat against CSKA Moscow in the Champions League, making only sporadic appearances from the bench since.

Isco played a key part in Los Blancos’ success in Europe under Zidane, so his career may be reignited under his former coach. Solari had accused the Spaniard of lacking fitness, but it appeared Isco simply did not fit into his plans. That is likely to change under Zidane.

Another who will be expected to excel following Zidane’s arrival is Marco Asensio. The 23-year-old made an impressive breakthrough two years ago under the guidance of the Frenchman and was touted as one of the most promising young players in Europe.

He remains a player of undoubted potential, but Asensio’s development has been curtailed somewhat amid the turmoil of this season. There have been glimpses of his talent but starts have been a rarity over recent weeks.

Two of Real Madrid’s most experienced players, Sergio Ramos and Marcelo, may also be pleased to see the return of Zidane. The latter had been dropped by Solari following below par performances. And the former – despite his recent dispute with Pérez – is likely to play a big part once again under Zidane.

Zidane, of course, is wise enough to be pragmatic. But it is natural for coaches to favour certain players more so than others. Gareth Bale, who struggled under Solari and has come under increasing criticism from fans, might find his difficulties continue over the next few months.

The Welshman has suffered with injuries throughout his Real Madrid career and this season has been no different. And when Bale has played, he has been unable to reach the levels he has shown himself capable of reaching.

It seems Bale needs an arm around the shoulder, some extra motivation. But he is unlikely to get that from Zidane. The relationship between the two, prior to Zidane’s resignation, was frosty: Bale publicly admitted that he was considering his options immediately after scoring the winning goals in Real Madrid’s most recent Champions League win. 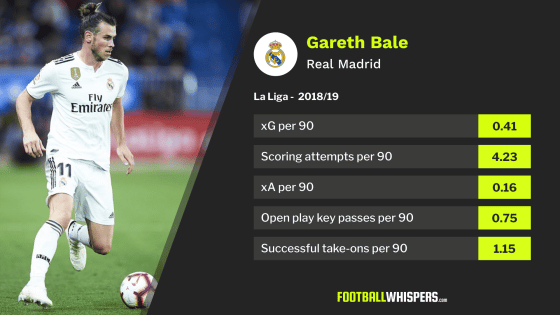 He stayed at the club, though, and was expected to step up following Cristiano Ronaldo’s departure. He has been unable to do that. The dilemma for Zidane now, then, is whether he should try to sell Bale – which will not be easy given he is nearly 30 and unlikely to be cheap – or attempt to find a place for him in his team.

Bale will not be the only player feeling anxious about Zidane’s return. Dani Ceballos, who only a few weeks ago spoke candidly at his frustration over a lack of game time under the Frenchman, could have some work to do to improve relations with his new coach.

It will be interesting to see, too, whether Marcos Llorente and Sergio Reguilón keep their places in the team after breaking through and impressing under Solari.

Zidane’s return, and the situation surrounding it, may result in a bullishness in the transfer market from Real Madrid that has been absent of late. His primary target is believed to be Chelsea’s Eden Hazard, and things could get heated in the battle to secure his signature given the Blues are, as things stand, unable to sign players this summer.

Tottenham Hotspur midfielder Christian Eriksen is also wanted by Los Blancos. The Dane's contract, much like Hazard, expires in 2020 and the Premier League side could be forced into selling if Real's interest firms.

The future of James Rodríguez, currently on loan at Bayern, is up in the air, too, while Real Madrid have been repeatedly linked with Paris Saint-Germain’s Kylian Mbappé and Neymar.

What Zidane’s appointment means for certain is change. He will be fully aware that things cannot continue as they have been this season. Even before he left, Los Blancos were way off the pace in La Liga: they finished third, 17 points behind Barcelona, in Zidane’s final season.

Zidane, then, has a lot of work to do. And unfortunately for some of Real Madrid’s current squad members, sacrifices will need to be made to take the club back to the top of the European game.