Zimbabwe hosts Ethiopia for the last group stage fixture in CAF Qualifiers. With both sides having little to play for, this fixture is expected to be about show of might. Find out more in our detailed match preview.

Our Best Free Predictions for Zimbabwe vs Ethiopia

Ethiopia was the better side in the reverse fixture, in which they won 1-0. But can they do it away from home? Our best free predictions for this game are as follows:

Zimbabwe is our favourite team to win this game. Despite a poor run of form, going winless in the last five matches, Zimbabwe plays better than Ethiopia. The hosts are ranked 118 while Ethiopia is position 137 on the FIFA list. Home advantage should also play significance in this fixture. Moreover, the reverse fixture could have ended in a barren draw but Ethiopia was lucky to secure a late minute winner in added time.

We are expecting a low scoreline in this game. To say the least, this will be a boring match to watch. Both teams have no chance of making it to the playoffs in the CAF World Cup qualifiers. So, apart from playing for pride, we expect a low-intensity match that will result in fewer than three goals at full-time.

Our last tip for Zimbabwe vs Ethiopia CAF World Cup qualifier settles on a draw at the break.  The reverse fixture would have ended without a goal if not for Ethiopia’s 95th spot-kick winner. Another low pressing match is expected when these teams lock horns in Harare on 14th November 2021 and a deadlocked first-half is expected.

Zimbabwe vs Ethiopia Betting Odds, H2H and the Latest Stats

For the best match odds, team stats and more information, check out the tables below.

After registering no victory in the first five group stage matches, Zimbabwe has been left with no hope going into the last game. The South African nation has bagged only a point in five qualifier matches during which it recorded 1D and 4L. On the other hand, visitors Ethiopia have equally struggled, losing all away fixtures before this game. Ethiopia failed to score away from home and conceded two goals in two trips. It is on that premise that we think this will be a low scoring match given that these teams have been poor in hitting the target. The hosts have failed to score in two home games and leaked only a goal in as many matches.

Your Match Questions and Answers 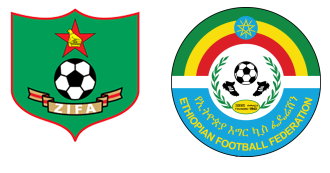 When is this game taking place?

How many times have these teams played against each other?

These teams have met once and Ethiopia won it 1-nil.