Since taking over from Rafa Benítez in January last year, Zinédine Zidane has guided Real Madrid to an 11th European Cup, a World Club Cup and a first La Liga title in five years.

He will also oversee another Champions League final on June 3, when Los Blancos take on Juventus at Cardiff's Millennium Stadium. Yet many observers still doubt the Frenchman's managerial acumen.

Zidane has been derided as a “lucky” and tactically unsophisticated coach; a legend of the game who stumbled into a top job and is now merely babysitting a talent-rich squad and reaping the rewards.

Such remarks are scathing and, in some respects, unfair. But, in all honesty, there is a certain degree of truth to everything Zidane is accused of, it's just that these perceived flaws are actually misunderstood virtues.

In charge of such a gifted group of individuals as the Real Madrid squad, many coaches who came before him tried to implement a complex tactical blueprint in an effort to fully maximise the team's potential.

Not Zidane. The rookie boss seems to have recognised, perhaps learning from the mistakes of previous Madrid managers such as José Mourinho and Benítez, that over-complicating the instructions given to such naturally talented individuals may foster short-term gains, but ultimately leads to the players becoming disinterested.

You can micro-manage Cristiano Ronaldo or Gareth Bale's workload all you like, but in the end, such brilliant footballers will crave being freed from their shackles to play the game that has always come so naturally to them.

Instead, Zidane has kept his system simple. He tends to prefer 4-3-3, although he has experimented with 4-4-1-1 and 3-5-2, and has prioritised playing his best players in their best positions, placing trust in them to be able to find their own solutions to the problems they face on the pitch.

In recent weeks, with Gareth Bale injured, Isco has been brought into the side. Rather than ask the Spanish international to operate in a sub-optimum position, Zidane has rejigged his line-up slightly, moving to a 4-3-1-2 with the former Málaga star playing behind Ronaldo and Karim Benzema.

From there, Isco has been instrumental as the link between midfield and attack, shining in both Champions League semi-final legs against local rivals Atlético Madrid.

In making the necessary changes, Zidane showed that he is not wedded to any tactical ideology, and simply reshuffled his pieces in order to give his players the best chance of success. Simple, yet effective: the Zidane way, it seems.

Perhaps where Zidane is of most value to Real Madrid is within the dressing room. Possessing such a vast array of superstars inherently means that there are several egos vying for attention at all times.

Such global icons tend to react unfavourably to the kind of impersonal and dictatorial man-management styles of Mourinho and Benítez.

Carlo Ancelotti's approach is a polar opposite of the Manchester United and Newcastle United bosses' in that he, like Zidane, is laid back and does not condescend his players.

For a while, Ancelotti's method worked well, yielding a Champions League triumph in 2014. But the Italian coach may have been guilty of allowing his charges too much freedom, and was unable to crack the whip when required. Complacency set it and the now-Bayern Munich manager was cast out.

Zidane mitigates against this by simply being Zidane. As a legend at the Santiago Bernabéu in his playing days and a former three-time World Footballer of the Year, the Frenchman's status as one of the game's all-time greats commands immediate respect.

Ancelotti was a fine player in his own right and a European Cup winner with AC Milan, but he was never a superstar on the level of Zidane.

More than simply ensuring that the proper amount of deference is given by his players, the 1998 World Cup winner is able to relate to the current heroes of the Bernabéu in a way no other coach in the world could.

Zidane The Man For Madrid 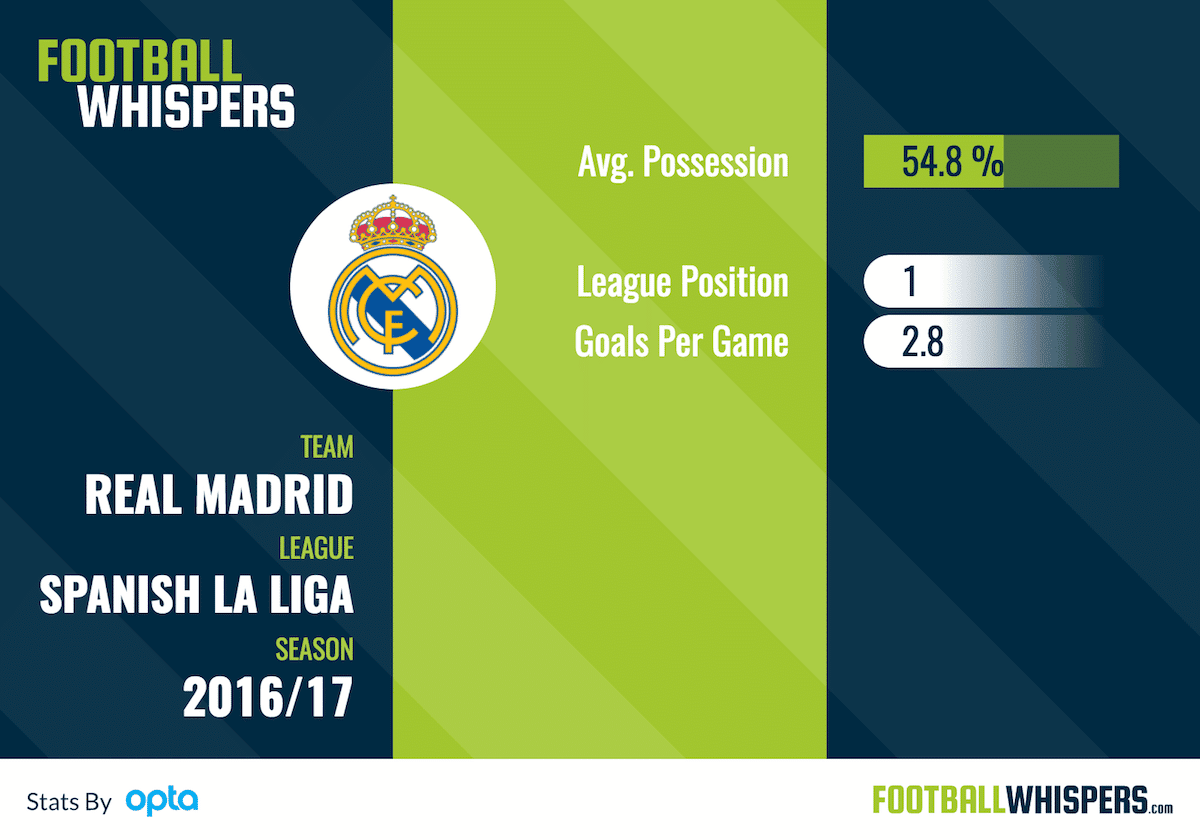 Whenever a flavour-of-the-month manager is singled out for acclaim, almost immediately come the cries of “let's see him do it in the lower leagues”, as if to say that top-level coaching is a cake walk.

But the truth is there are few similarities between managing Macclesfield and Manchester United, or Leyton Orient and Liverpool. Elite-level management requires a completely different skill set than taking charge of a lower league side — so much so that they are almost different professions.

Managing Real Madrid, however, is a different beast altogether. There is no job in world football as uniquely demanding as coaching Europe's most glamorous and successful club, with all its inherent politics and expectations.

It may very well be true that Zidane lacks the intricate tactical knowhow to steer another of Europe's elite clubs to Champions League success, the understanding and appreciation different playing styles, or knowledge of how to squeeze every drop of potential from a slightly less gifted group of players.

But all of that is irrelevant and makes him no less of a great manager for the team he currently controls.

With his unique profile and very specific set of skills, Zinédine Zidane is the perfect coach for Real Madrid.