Zhejiang Professional started the new campaign with a defeat to Shandong Taishan on the road. For their second fixture, they will be in the comforts of the Yellow Dragon Stadium and will want to get a positive result against impressive Changchun Yatai.

Shandong Taishan showed Jordi Vinyals and Zhejian Professionals that there is a big step up between the second division and the Chinese top-flight football. The Green Giants are in for a rude awakening given Changchun Yatai's form. Chen Yang's men made little work of Guangzhou City with a 4-1 victory. With their forwards scoring with ease and the defence contending with their attacking push, expect a win for the visitors.

Spirits will be high in the Changchun Yatai camp following their dismantling of Guangzhou City. They will have their eyes set on a second straight victory as they beat Zheijian Professional in their last meeting in the Chinese FA Cup. Akin to their most recent outing, they scored goals past the Professionals in that October 2021 encounter. We expect a similar high scoring output to this meeting with a helping hand from the hosts, who should profit from their rivals' attacking instincts and hit them on the counter.

Zhejiang Professional vs Changchun Yatai: Check out the best odds and the latest stats

Zhejiang Professional vs Changchun Yatai: Check out the team lineups

A play-off win against Quingdao saw Zheijian Professional earn their slot in the Chinese Super League. Their opening fixture was a trial by fire as they succumbed to a defeat against Shandong Taishan. More misery awaits them as high-flying Changchun Yatai visits them. However, they will be confident in their approach as their last two Super League meetings finished in their favour.

Chen Yang's Changchun Yatai started the 2022/23 Chinese Super League season with a bang. They scored four goals against a hapless Guangzhou City whilst conceding one in return. They will be cautious against the Professionals, especially at Yellow Dragon Stadium, the venue for their 2-1 defeat in March 2016. 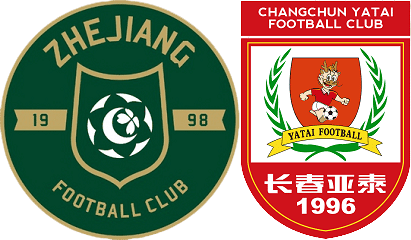 Who won the last h2h? 4-0 in favour of Changchun Yatai.

Where is the game being played? Yellow Dragon Stadium (Hangzhou).