Juventus top Group H of the Champions League after they secured wins in each of their opening two matches against Malmo and Chelsea. Zenit of Russia stand in the way of the Italian Giant's 100% record this week and we're expecting a close and competitive 90-minutes between the two clubs.

Our Top Three Predictions for Zenit vs Juventus

Here are our predictions for Zenit vs Juventus.

Juventus have never lost or conceded a goal against Zenit before with the pair meeting twice in the Champions League back in 2008. The hosts have lost three of their last six matches in all competitions, including their last two league games against Arsenal Tula and Sochi, while Juventus are in the midst of a winning streak having been victorious in each of their last six competitive and non-competitive fixtures.

Under 2.5 goals were produced in each of the previous two meetings between these clubs and we're predicting another tight and tense 90-minutes in Russia on Wednesday. Juventus have won their last three matches in all competitions and on each occasion, under 2.5 goals have been scored. The visitors haven't conceded a goal in their last three outings or in the Champions League so far this season, so you can see why we're expecting a low-scoring match in Russia.

We mentioned above that Juventus have won each of their last three matches without conceding a single goa but what we didn't tell you was, that each of those scorelines have ended 1-0. Zenit were beaten 1-0 by Chelsea in the first round of group games and Juventus won their last Champions League game 1-0 against Chelsea, so you can see why we're backing a 1-0 win for the visitors this week.

Zenit followed p their 2-1 defeat at home to Sochi before the international break with another 2-1 defeat at the weekend away at Arsenal Tula and now they face the might of Juventus in the Champions League. Zenit a usually strong at home and don't tend to concede many goals in their own backyard but we're expecting the hosts to suffer their third defeat on the run in all competitions on Wednesday night.

Juventus had a really poor start to the season but have since found their feet under their returning manage and once again look like a force to be reckoned with. Wednesday's guests have won their last five matches in league and cup, keeping clean sheets in each of their last three fixtures, and have made a 100% start to life in Group H with wins against Malmo and Chelsea. Zenit are going to have to be at their very best to get anything out of this game.

Zenit: the main injury concern for the home side ahead of Wednesday's match is Magomed Ozdoev who has a ligament issue.

Juventus: Matthijs de Ligt, Paulo Dybala and Adrien Rabiot could all miss the trip to Russia this week. 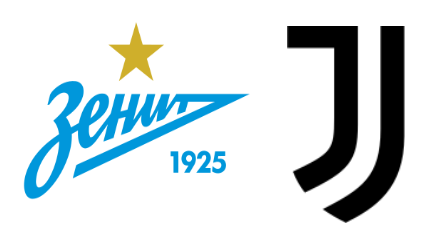