With Alex Oxlade-Chamberlain telling Chelsea he didn’t want to play as wing-back and turning down a move to Stamford Bridge, the Blues have been on the look out for another player to strengthen that area of their side.

Currently they only have Victor Moses at right wing-back and Marcos Alonso at left wing-back, with César Azpilicueta and Pedro occasionally deputising last year – but that meant the two were moved from other positions on the pitch where they thrived.

Antonio Conte’s search for a wing-back has been protracted but it looks like the Blues have finally found what they are looking for in Torino’s Davide Zappacosta.

According to Gianluca di Marzio, a deal for the 25-year-old is close to being completed, with the Italian set to cost the Premier League champions €25million.

Behind The Lines: Frank Lampard | FWTV by FootballWhispers

The full-back is known for being better in defence than attack but he is capable of overlapping his winger and whipping in dangerous crosses.

He’s also quick and can go toe-to-toe with pacy wingers, but how does he compare to Moses and Chelsea's first-choice option Oxlade-Chamberlain, who subsequently joined Liverpool after rejecting the Blues.

We’ve compared their league statistics from last season and, truth be told, Zappacosta doesn’t come out of the comparison too favourably. 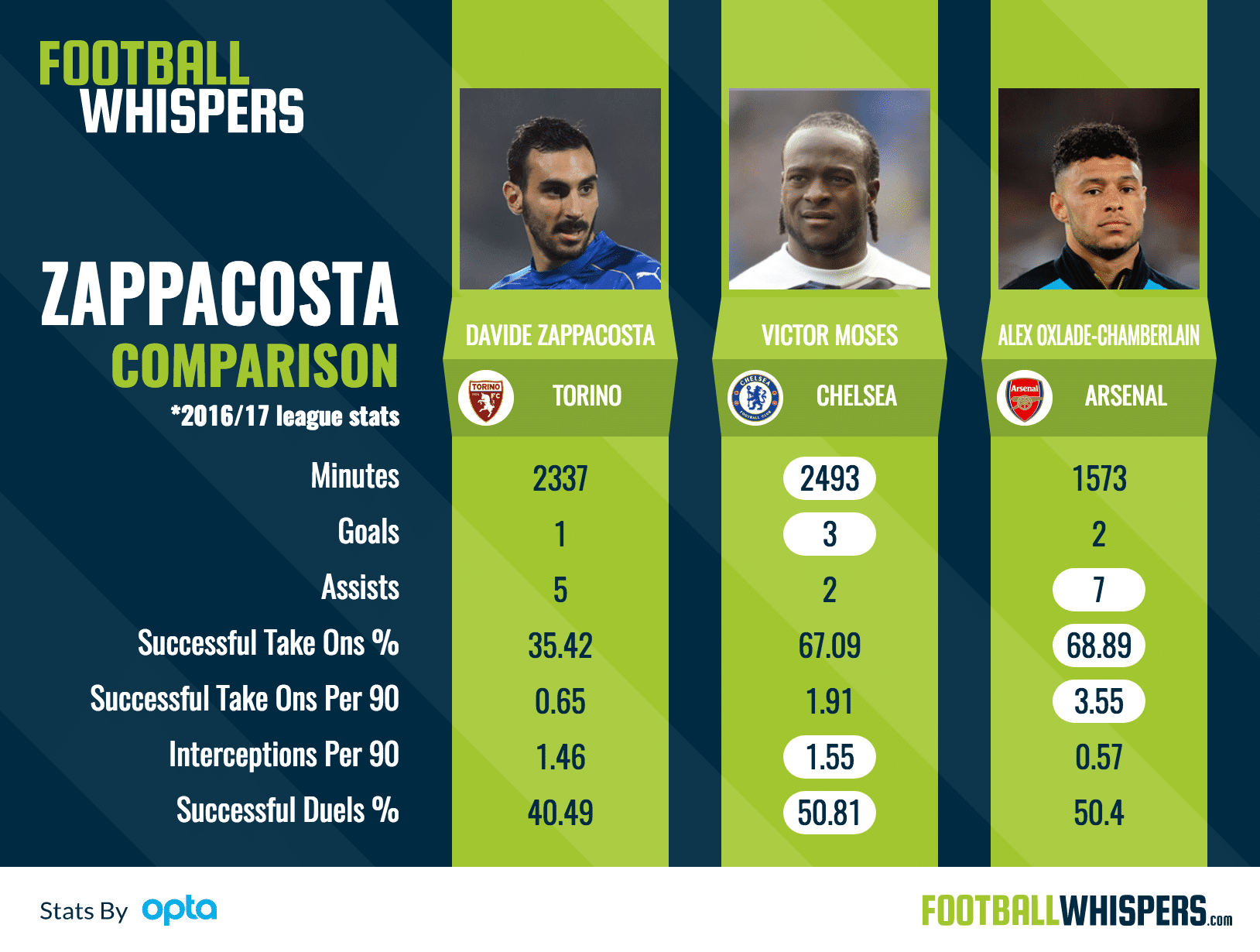 He also had the lowest successful take-on rate of the three, 35.45 per cent, compared to the current Chelsea man’s 67.09 and the new Liverpool signing’s 68.89 per cent. Zappacosta also completed the fewest take-ons per 90 minutes, just 0.65.

He did contribute considerably more assists than Moses, though – five to just two – but the pair were beaten by Oxlade-Chamberlain’s seven. However, the former Arsenal plan did play further forward on several occasions.

In terms of successful duels, it’s the Nigerian who came out on top again, winning 50.81 per cent of his in the Premier League last season, compared to 50.4 per cent from the former Arsenal man.

The Italian defender, perhaps surprisingly, won just 40.49 per cent of his duels. Yet, of course, statistics aren’t everything and Conte knows Zappacosta well. 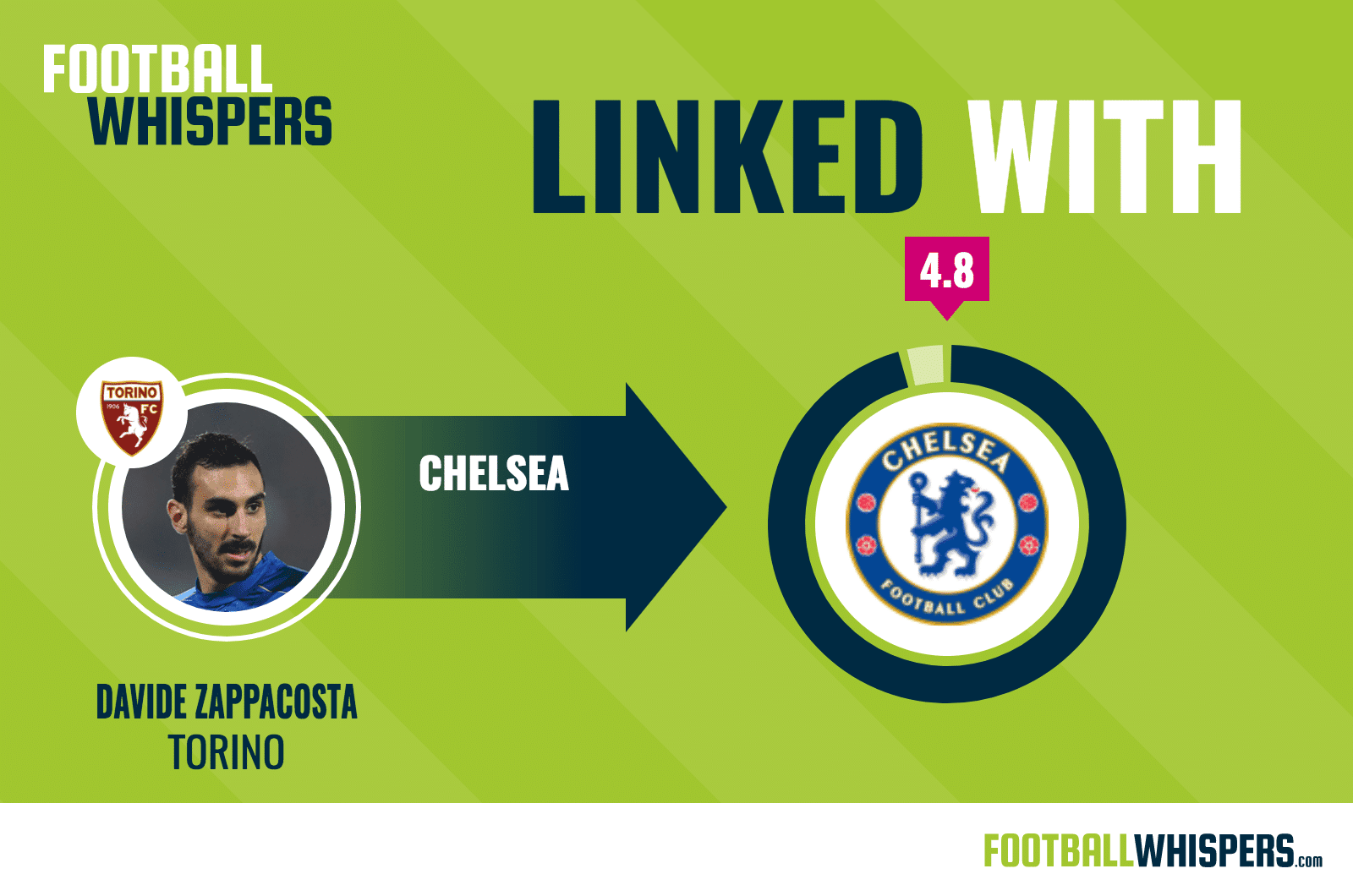 Chelsea’s boss gave the Torino man his first call-up to the Italy squad and the Blues making a move for the defender feels like a transfer with Conte’s handprints over it.

Last summer they went in for a full-back from Italy in a deal many were surprised by, yet Alonso has proven himself as one of the best in the league in his position.

If Zappacosta can do the same, Chelsea and Conte will be delighted.