Zambia hosts Equatorial Guinea in the fourth game of Group B CAF World Cup qualifiers. We preview this match to provide our readers with the best three predictions in this post.

The Best Three Free Predictions for Zambia vs Equatorial Guinea

Zambia and Equatorial Guinea will lock horns for the third time since 2012. The hosts have three points in three matches while Equatorial Guinea is second in Group B with six points. The following are our bias-free predictions for this game:

This is expected to be a tight fixture so a draw at the break should be a plausible outcome on matchday. These teams have both bagged a win in two previous meetings. The hosts should bank on home advantage for a fair result against Equatorial Guinea that has won the last two matches. Zambia is only a game away from sharing points with Equatorial Guinea so we expect the hosts to put in a shift for a better result even though they have lost the last two matches.

We are also tipping fewer than two goals in this game. While Zambia is currently unpredictable because of their unreliable defence, this will be their first home fixture against Equatorial Guinea. The visitors look better in attacking positions but they should struggle to score goals in their first trip to Lusaka, Zambia.

Goals on one side

We expect a one-sided scoreline when Zambia hosts Equatorial Guinea for the fourth game in Group B of World Cup qualifiers. The last two meetings had goals on one side so a similar trend is possible in the third meeting between these teams.

For the best odds and latest stats about this fixture, check the tables below.

Preview: Zambia Looking to Secure Second Place in Group B

This will be Zambia’s first home fixture against Equatorial Guinea. The hosts won the in the first trip to Equatorial Guinea but lost in the second away match played on 7th October 2021. Zambia is three points adrift of the second spot and hope to secure all points in this fixture. They come to this game with back to back losses, a performance that could see them upstaged by Equatorial Guinea that has back to back victories before this match. With both sides boasting 1W in two previous encounters, we expect a fairly competitive match that could end in favour of either side on matchday. 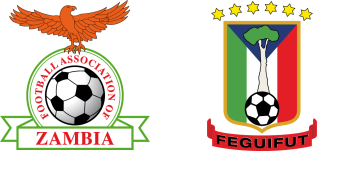 When is this game taking place?

Zambia vs Equatorial Guinea is scheduled for 10th October 2021.

What time will the match kick off?

Based on recent stats and team form, we think Zambia should have an edge in this game.