Zamalek sit top whilst Ismaily are struggling near the bottom. Will the game play out according to that? Find out with our Zamalek vs Ismaily match preview with free tips, predictions and odds mentioned along the way.

Zamalek to take the win

Zamalek have been the best team in Egypt so far this season; they are at the top of the league table, having won 13 of their 19 games. In contrast, Ismaily have mostly struggled this season; although they have no losses in their last three games, Ismaily have just four wins in 19 league games this campaign. Also, Ismaily tend to fall short when they go up against Zamalek; as they lost all of their last nine encounters with Zamalek. All things considered, Zamalek should take all three points from this game.

Goals at both end

Our next prediction will be on the BTTS market. Zamalek have been one of the highest scoring teams in the Premier League this season; they've bagged 32 goals in 19 league games, only two teams have scored more goals this campaign. It's fair to point out that Zamalek have conceded exactly one goal per game this season, with both teams scoring in three of their last five games. Similarly, Ismaily have scored and conceded a few goals in recent weeks; they found the net in five of their last seven games, whilst keeping just two clean sheets in that stretch. With this in mind, we should expect goals at both ends.

Here are the key stats & form guide for Zamalek vs Ismaily

Can Zamalek tighten their grip on top spot?

Zamalek are going strong at the top of the league right now but they've not go a massive lead with Al Ahly, in particular, a real threat to them. A win here would help keep that top spot for a little longer. It won't be easy though. Ismaily are third from bottom and battling to improve their position.

Zamalek bounced back from back-to-back losses with a  2:1 win against Aswan in the Egyptian Cup; they are league leaders, with 13 wins in 19 league games so far. Zamalek will take on a familiar foe in Ismaily, a team they've beaten nine times in a row; they'll hope to make it 10 wins from 10 against Ismaily.

Ismaily have had a disappointing season so far; they are 16th on the 18 team table, with just four wins in 19 league games. It's important to note that two of those wins came in Ismaily's last three games, and they are unbeaten in that three game stretch; they'll hope to extend that run to four games as they visit the Cairo International Stadium.

A quickfire FAQ on Zamalek vs Ismaily 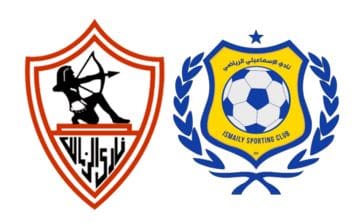