Zamalek go head to with Al Mokawloon. Both teams lost only once in the last five matches. However, Zamalek did better in their last five games with three wins and one draw while the visitors recorded four draws. Which side will win the duel? Find out in this our match preview.

Zamalek leads the pack in Egypt’s Premier League with 51 points after 23 games. The visitors on the other hand are 22nd. With only the advantage of goals keeping Al Mokawloon above the danger zone, they must fight hard to secure some points in this trip. Will they do it? The following are our best two predictions for this match:

Zamalek to open the scoring

We expect Zamalek to find the net first in this game. The hosts are the best team overall and boast the fourth-best home record. On the other hand, Al Mokawloon has continued to struggle in the league. Notably, Zamalek has won 16 draw 3 and lost only once to Al Mokawloon in previous 20 encounters. These stats show that the hosts are the team to beat in this duel and so, backing them to score the first goal is not far-fetched.

Another possible result in this duel is at least goal for the visitors. While Al Mokawloon has struggled in most games so far, it seems they always find a way of scoring against Zamalek. Notably, only one of the last 7 encounters didn’t have goals on both sides. The visitors found the net in all their last three tips to Zamalek during which they scored a total of four goals.

Zamalek vs Al Mokawloon Being Odds and Team Stats

Below are the latest stats and the best betting odds for Zamalek vs Al Mokawloon fixture.

Zamalek look to continue their good run in the Egypt Premier League on Tuesday 12th July 2022 when they host 15th placed Al Mokawloon. The hosts are currently top of the table after collecting 51 points from 23 games. That translates to 2.2 points in every match. It is a performance that makes it impossible to rule out the possibility of another win for Zamalek in this home game.

On the other hand, Al Mokawloon has collected 20 points from 20 games. That translates to a about 0.9 points in every game so far this season. Zamalek is the fourth-best home team while Al Mokawloon is 12th on away performance. 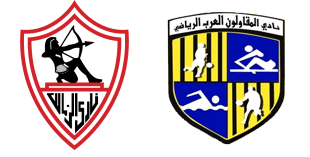 Which side are we backing to win the duel?

We are backing Zamalek to pull a massive win in this match.

Where will Zamalek vs Al Mokawloon game be played?

What time will Zamalek vs Al Mokawloon begin?

19:30 GMT+3 is the kick off time for the Egypt Premier League game.