Top free betting tips and odds for Malmo vs Zalgiris

Off the back of a home winning streak, Malmo FF takes on Zalgiris in the second leg of the Quarter-Finals of UEFA Champions League on Wednesday, 27 July. The Green-Whites have also got the back of an unbeaten sequence.

Malmo failed to score in the first leg against Zalgiris but they will be optimistic at their home stadium as they didn’t miss the target at home games since the middle of February. In opposition, the Green-Whites didn’t get a huge total in the recent attempts but they have been consistent in finding the back of the net. So following the current stats, we expect another change of trend by seeing the teams scoring at the same time.

Malmo vs Zalgiris: Check out the best odds and the latest stats

Malmo vs Zalgiris: Check out the team lineups

The Blue Ones continued their winning momentum of home games in the last attempt with a victory of 3-1 against Sirius. Malmo FF are fourth in the table of Allsvenskan with 30 points, winning nine of the 16 outings. The only player Adi Nalic will be out of the field for this game due to a cruciate ligament rupture.

The Green-Whites come into this game after confirming their lead of 1-0 in the home leg against Malmo FF. Zalgiris held a strong defence recently as they secured the unbeaten sequence of this competition by scoring only one goal in all of them. All of the players will be ready to play this game without any fitness issues.

Questions About Malmo vs Zalgiris 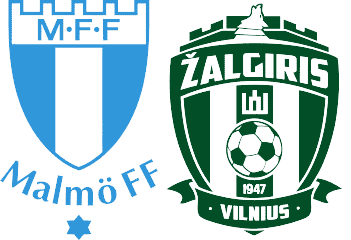 Where is the game being played? Eleda Stadion (Malmö).