This will be a preview of the UEFA Champions League encounter involving Lithuanian outfit Zalgiris and Northern Ireland outfit Linfield at the Vilniaus LFF stadionas. This will be the first leg of the first-round qualifiers.

Zalgiris were held to a goalless draw by Riteriai in the latest league encounter for Vladimir Cheburin’s men. This result broke a four game winning sequence for the team in all competitions. Lingfield also had a setback in the warmup friendly against Kilmarnock, as they lost 1-0. The top tips for this match are:

Zalgiris have not shown any left off in performances even after the change in management that resulted in Vladimir Cheburin being appointed as the new coach. The club has had an inability to get past the second round of the UEFA Champions League qualifying group. They have been knocked out at this stage in five consecutive campaigns starting from the 1999-00 season. Lingfield have been knocked out of the first-round in back-to-back campaigns and their European performances have been quite poor. The presence of home advantage should provide Vladimir Cheburin’s men with a decisive first leg lead.

Lingfield have suffered heavy defeats in recent UEFA Champions League qualifiers. The 6-0 aggregate defeats against Rosenberg and Celtic will be fresh in the memory of supporters, while they were knocked out by a 1-0 aggregate score against Legia Warszawa last season. Zalgiris are a good scoring outfit in home matches. Even though they have kept five consecutive clean sheets, Lingfield represent a bigger threat.

The Irish premiership campaign saw Linfield come up with a decent number of goals and it would be wrong to judge the team on the basis of the friendly loss against Kilmarnock. Zalgiris have an offence that has scored more than 1.5 goals in four out of the last five games in all competitions.

Top Betting Odds and Stats for Zalgiris vs Linfield

Zalgiris are looking to reach the second round of the Champions League qualification campaign for the sixth consecutive appearance. In recent seasons, the club has had a presence only in the Europa League and a return to the premier competition’s qualification campaign will raise expectations of the team, who have signed players like Elhadji Pape Diaw and Andrija Kaludjerovic during the off-season.

Questions about Zalgiris vs Linfield 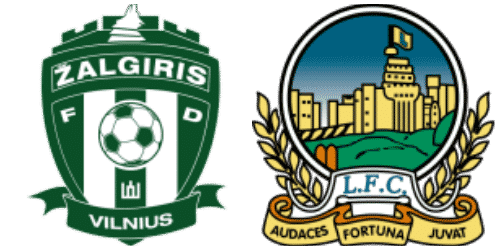 Where is the match scheduled? Vilniaus LFF stadionas

Which team is the favourite to win? Zalgiris