Wilfried Zaha, according to The Daily Mail, has informed the club of his desire to leave. The 26-year-old, who last year signed a new five-year contract, wants to compete at the highest level and experience the Champions League.

Zaha is a hero to the Selhurst Park faithful. He played a crucial role in getting the Eagles promoted to the Premier League in 2013 and, although he moved to Manchester United, he returned to re-establish himself as a key cog in the Palace machine, being named the club's Player of the Year in 2016, 2017 and 2018.

Having made his debut as a teenager in 2010, he will always hold a special place in the hearts of Palace supporters.

But, given his age, it's entirely understandable that he wants a second shot at an elite level.

Selhurst Park consistently produces one of the best atmospheres in English football but Zaha dreams of turning out in the Champions League, of unleashing his skillset on the best defenders in Europe.

Set to turn 27 in November, Zaha is approaching his peak. He's fresh off his best season at Palace – in terms of goals, anyway – and is keen to spend the apogee of his career with a club at which he can challenge for titles and make an impression on the continental stage.

For a player of his calibre, a departure was always a strong possibility. Zaha has often been linked with a move away – Tottenham Hotspur and Arsenal have regularly been mentioned as potential destinations – but, to his credit, he stayed to help the Palace cause.

Trepidation among the club's fans is equally understandable. The Ivorian has comfortably been the team's most influential player over the last five years. 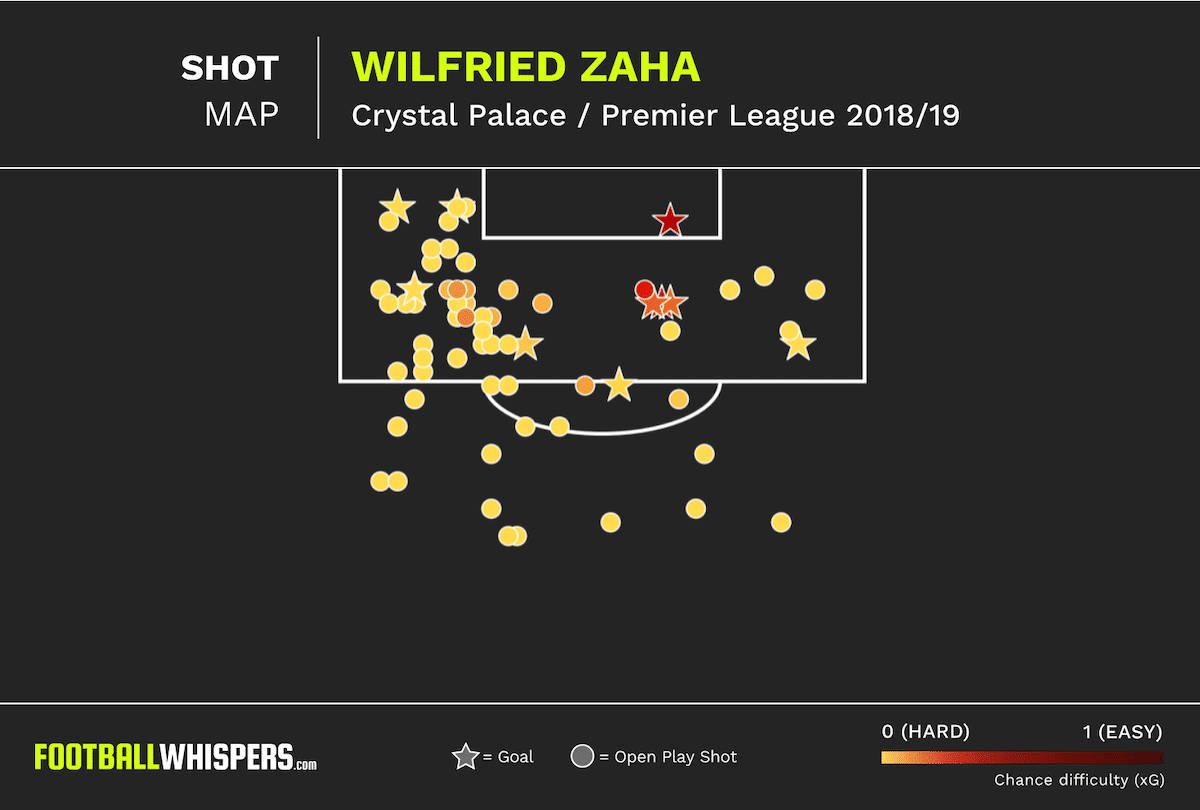 During the 2017/18 campaign, Palace failed to register a point without him in the team. This season, he's continued to shine. Practically ever-present under Roy Hodgson, he scored ten goals and added five assists to help his side achieve a 12th place finish, Palace's best since 2015.

Satisfactory though that may be for some, it does not match Zaha's ambitions. His move to United was an immense opportunity that soon descended into a nightmare. Signed by Sir Alex Ferguson in January 2013, he was immediately loaned back to Palace to help their promotion push.

However, by the time he arrived at Old Trafford, Fergie had retired, with David Moyes installed as the Scot's successor.

Long story short; it didn't work out for Zaha at United, but it's safe to assume he's been itching to prove himself at that level considering that he was given just 28 minutes of Premier League football during his short-lived spell at United.

His stats scream of a player waiting to be unleashed at a big club. Still one of the deadliest dribblers in the game, he's attempted more take-ons than any other player (224) this season, with only Eden Hazard (4.24) bettering his per 90 completed average of 3.34 for players who have featured in over 1000 minutes this term.

Zaha's registered five assists but has also won six penalties for his side. As hungry and tenacious as ever, he ranks in the top ten for possession won in the attacking, middle and defensive thirds.

He's attempted 40 tackles overall – only two forwards can better that – although his effervescence when trying to win the ball back can, on occasion, spill over into reckless moments; in January, he was sent off for lashing out at Southampton's James Ward-Prowse before sarcastically applauding referee Andre Marriner.

But it's to Zaha's credit that he assumed full responsibility for his rush of blood to the head and chipped in with four goals in as many appearances upon his return to the line-up.

Playing with a singular determination, he rounded out the season in style, too, netting in the wins at Arsenal and Cardiff City before notching two assists in the final day 5-3 win over Bournemouth, the latter of which saw him fly past Nathaniel Clyne and Jefferson Lerma before finding Andros Townsend.

Zaha has poured his heart and soul into Palace in well over 300 appearances across two spells. He was a primary reason for their promotion six years ago and has been equally important in keeping them in the top flight. That he wants a shot at a leading European club is simply the natural progression for a player of his quality. 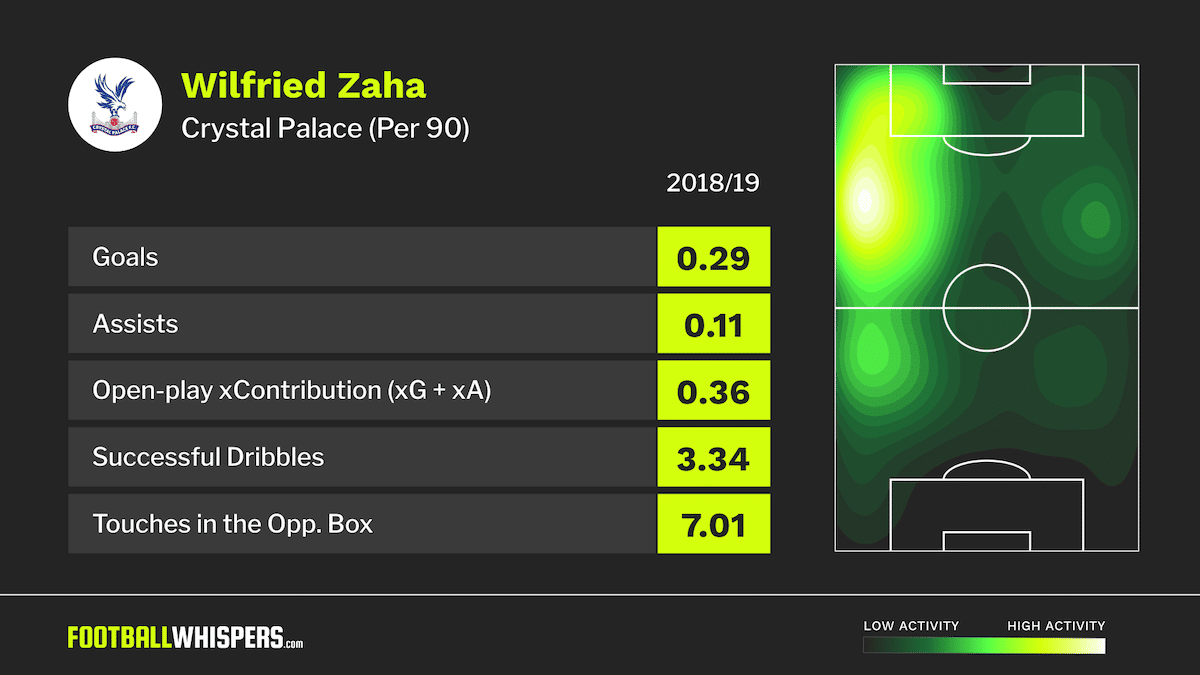 As for where he could go, Tottenham Hotspur have in the past been credited with an interest, while Arsenal would almost certainly enter the running should they qualify for the Champions League by winning the Europa League final.

The Telegraph, has doubled to £100million.

It's highly unlikely any club will meet that. Zaha, though, doesn't deserve to be priced out of a move. The time is right for him to move on.

While Palace can convince star-in-the-making Aaron Wan-Bissaka to stay and continue his development, it's time Zaha tried his luck at an elite level once more. He's earned it.