Everton’s start to the season can best be described as patchy. Marco Silva’s men took four points from their opening two matches but have picked up just three from the next four.

Defeats to Aston Villa, Bournemouth and Sheffield United leave the Toffees in 14th position, just three points ahead of the relegation zone. We’re still only in September but there is cause for concern.

Rash decisions should be avoided but, nevertheless, an autopsy into why the season has started the way this way should be s. According to reports in the Daily Express, the recruitment team at Goodison Park believe attacking reinforcements are needed.

This despite the arrival of Moise Kean in the summer. The Italian wonderkid is yet to get off the mark for the Blues and Everton have scored just five goals in their six Premier League matches.

Richarlison top scores with two but he’s goalless in his last two outings for the Blues, with both matches ending in defeat.

The report goes on to claim Everton are once again tracking RB Leipzig forward Yussuf Poulsen. The £40million-rated Denmark international has started the season well under new coach Julian Nagelsmann, with the German tactician using the 25-year-old in a slightly different role to before.

With Nagelsmann flip-flopping between a 4-2-2-2 and a 3-4-3 shape, Poulsen is now being used as more of a target man whereas in the past he’d been deployed as a false nine, tasked with doing a lot of work off the ball.

He’s still a grafter, but now he’s using his 6ft 4ins frame to occupy two defenders at a time to free up space for Timo Werner and friends. It’s working well with the in-demand German forward already netting seven times this season.

The Express claim Everton have been keeping tabs on Poulsen for well over a year now. 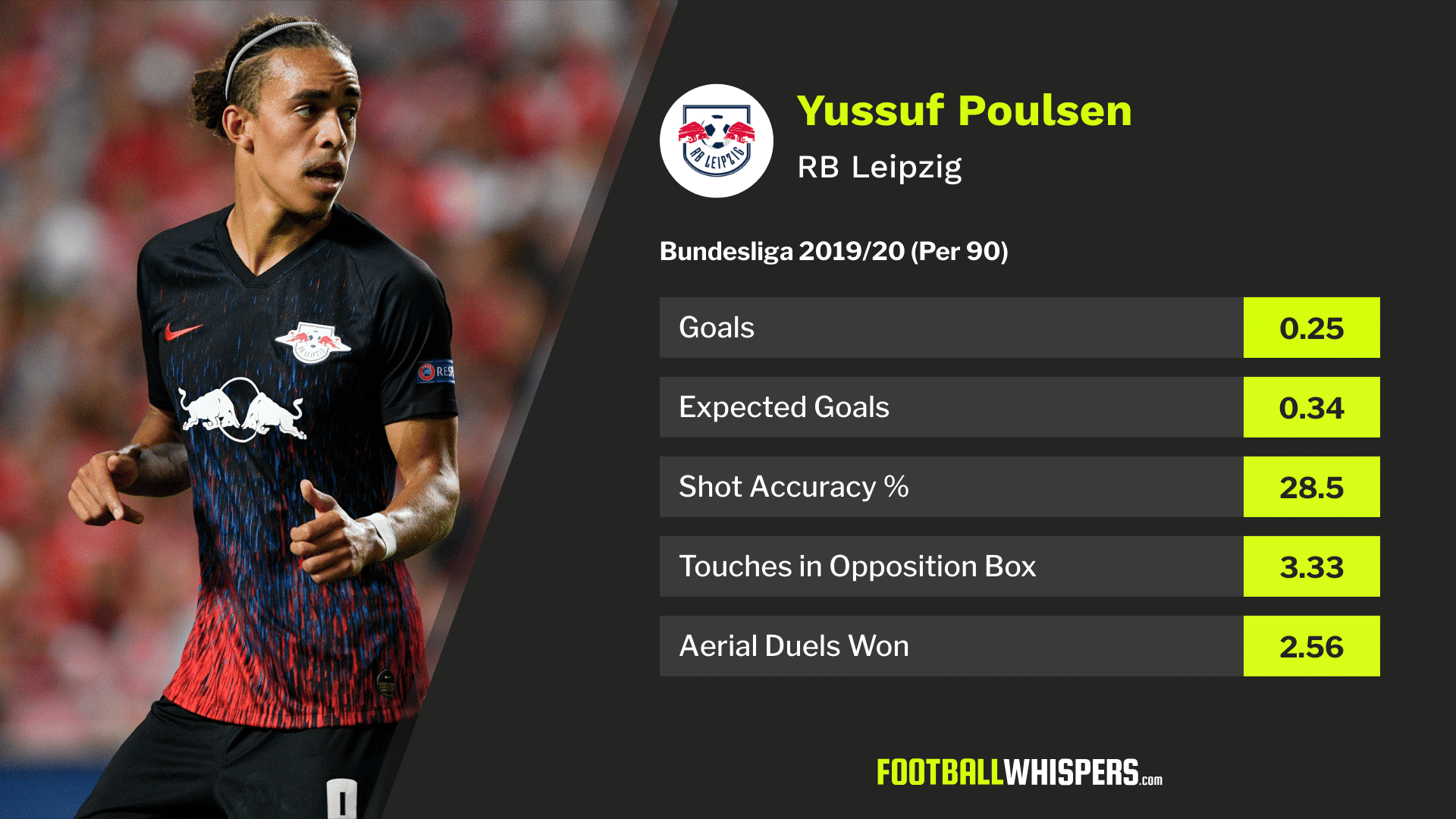 Poulsen seems readymade for the Premier League. He's exactly the sort of striker to annoy defenders on a regular basis. But to flourish he needs to be deployed in the correct set-up. It's also worth noting he isn't a prolific goalscorer; he's more of a facilitator.

It's likely the 25-year-old would help get the best out of Richarlison and Alex Iwobi. But it's hard to see how Silva fits Kean, Gylfi Sigurðsson and Bernard into this side. Everton already have talent at their disposal in the final third, they just haven't found a way to unlock it.

Adding Poulsen into the mix might not be the best option. At least not when there's still an obvious issue with the supply line. It's the same reason Everton are struggling to score now.

However, Silva's grand plan is to bypass his midfield as it lacks someone who can progress the ball and go long instead. The RB Leipzig forward could effectively be used as a backboard for the Blues.

If he wins his battles then Everton would end up with the ball in the final third where they could build attacks without the need for a playmaker in the middle of the pitch. In Richarlison and Iwobi, Silva has two players with the pace to support the striker, too. They could even greater risk by playing 4-4-2 to hit teams on the break.

Poulsen is used to such a system so there wouldn't be much of an adaption period required.

Premier League teams tend to struggle when faced with two attackers. The midfield could be overran but in Iwobi, Richarlison and Poulsen, the Toffees would have three hard-working forwards who could help clog up those areas.

The money could be spent elsewhere to improve the team and it'd be a gamble, but with the English top-flight already being so open this season, it could be a risk that pays off in the shape of European football.