One of the closest duels in the upcoming round of Champions League is the Young Boys vs Villarreal duel, so check our preview of the game to learn more about it.

If you are looking for free Champions League betting tips, you've come to the right place. So, check our predictions for the Young Boys vs Villarreal duel right here:

Young Boys and Villarreal to Draw at Half Time

Since we can see this game going at any possible direction, we would definitely refrain from betting on the final outcome. We might lean towards Villarreal because Young Boys have a few injury problems to deal with, but it's still a very open game. So, since we expect a close match, our prediction is for these two teams to draw at half time, just like they did in three of their combined four previous games in the group.

While Villarreal has averaged just 1.75 goals per game in La Liga, both of their Champions League matches have gone over 2.5 total goals. Meanwhile, Young Boys are known for playing high-scoring games, although they've gone over 2.5 in just one of their first two games in the group. In any case, we can see this game ending with three or more goals.

We already said that we expect at least three goals in this match, so we also expect both teams to score in it. After all, both teams have scored in three of the four matches played by these two teams in the Champions League this season, so that wouldn't be such a surprise. And we also have a good feeling about this bet, so that's a plus.

Top odds and latest stats for Young Boys vs Villarreal

If you are trying to find the best Young Boys vs Villarreal odds, we have them all right here:

The Swiss team has started the season in their domestic league well – they are third at the moment with five wins, three draws, and one loss. Meanwhile, Young Boys has three points in their Champions League group after beating Manchester United and losing to Atalanta. It seems that teams in this group will fight for the two top spots until the very end, so a win over Villarreal would put Young Boys in good position after the first half of games. However, the team is currently dealing with a lot of injuries, with six players on the club's injury list at the moment.

The Yellow Submarine was the only undefeated team in La Liga until last weekend when they lost to Osasuna at home. And while they were undefeated until then, most of their matches were draws, so the team is currently in 12th place in La Liga. Meanwhile, Villarreal drew with Atalanta and lost to Manchester United in their Champions League group, so the upcoming duel with Young Boys is very important for them. On the positive note, only Dia is currently injured at the club. 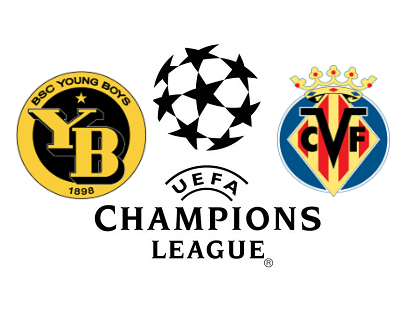