Cristian Ronaldo's second Premier League debut with Manchester United went according to the plan as the talisman bagged a brace. The Red Devils will be hoping for his magic to ring true on September 14 as they being their Champions League campaign against Young Boys.

For the second act of his return, the Portuguese will be Ole Gunnar Solskjaer's general for a successful Champions League campaign. Despite being at Stadion Wankdorf, Young Boys are underdogs against their rivals and with good reason. We expect their two-match losing streak to continue against the visitors, who remain unbeaten in this campaign.

Old Trafford buzzed with excitement as Cristiano Ronaldo reappeared in the famous red jersey for Manchester United. The Portuguese delivered with a brace as United demolished Newcastle United 4-1. A similar high scoring affair is expected as the record Champions League goalscorer looks to build on his remarkable second debut with the Red Devils.

The last time Young Boys met with Manchester United, they failed to trouble the scorers and were beaten across both legs. While Solskjaer's men will surely register themselves on the scoreboard, David Wagner will not allow them safe passage. The Swiss champions have scored 15 goals in their last five outings and should be able to a least send one past David de Gea in United's goal.

Young Boys vs Man Utd: Check out the best odds and the latest stats

All eyes will be on Ole Gunnar Solskajer and Manchester United, as has been the case for the last fortnight. Cristiano Ronaldo's return has revitalized the Red Devils and the optimism has returned amongst the faithful. While question marks remain on the Norwegian's tactical abilities, the Madeiran general's return should be able to propel them further.

While the visitors are upbeat about their chances, the same cannot be said about Young Boys. The Swiss champions completed a domestic double under Gerardo Seoane and have found going tough under David Wagner. They are fourth out of ten teams in the Super League, accruing a five-point advantage to runaway leaders FC Zurich. 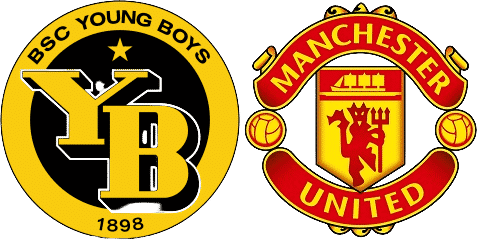 Where is the game being played? Stadion Wankdorf (Bern).

Which team is the favourite to win? Man Utd.