Newcastle United’s transfer window has, not for the first time, been dominated by the spectre of Mike Ashley.

A paltry larder of signings and an #IfRafaGoesWeGo campaign does, at least, now have the addition of Yoshinori Muto to enjoy.

The 26-year-old Japanese international got eight goals and two assists for Mainz in the Bundesliga last season, from the equivalent of 21.2 full matches (1906 minutes).

That rate of contributing 0.47 goals per 90 might not set the world alight, but it’s good for a team at Newcastle’s level, a higher rate than any of their current attackers.

He’s performed at a similar level in each of the previous two seasons as well, meaning that while the Magpies should at least be able to rely on him to pop up with a goal or assist every couple of matches.

While Dwight Gayle was more of a pure striker last season and Joselu a target man, Muto looks to be someone who can operate slightly wider if needed.

You can see this in Muto’s shot map as well, his route cutting inside from the left towards goal almost plottable in the dots.

Take note too of how many he gets in the six-yard box; Muto certainly has a poacher’s instinct. 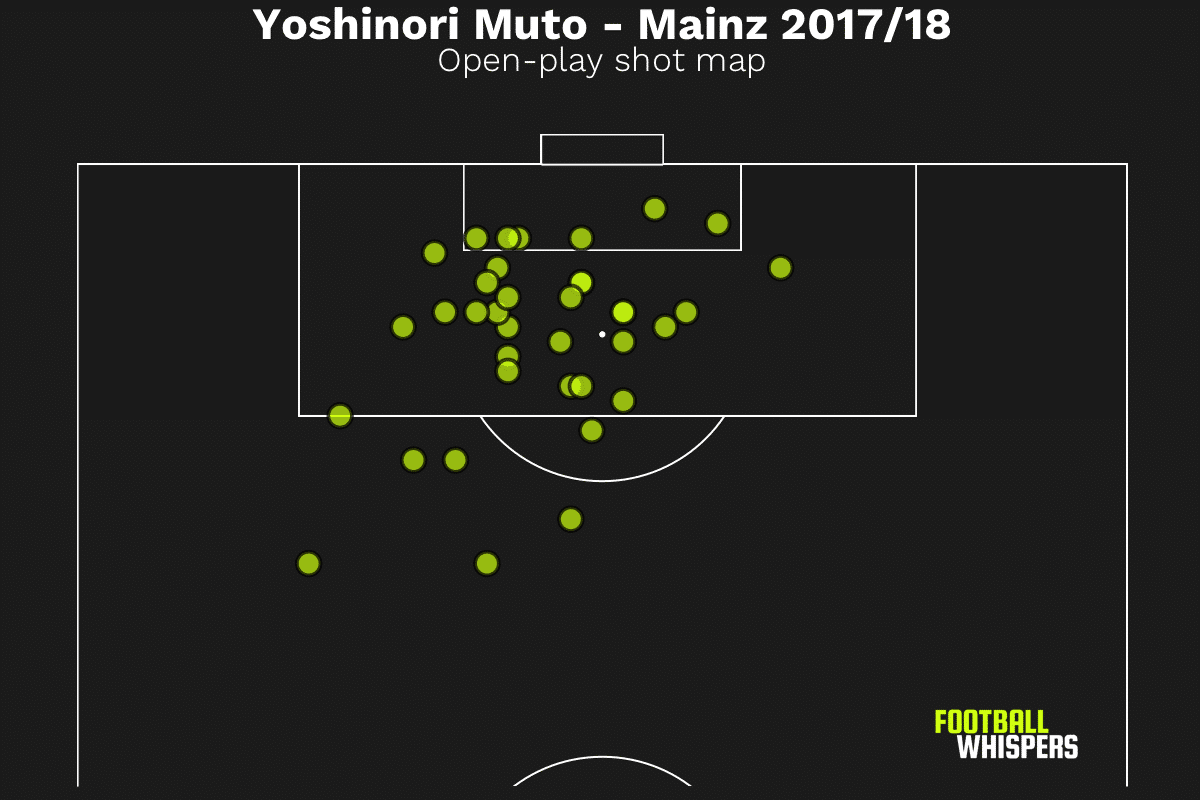 An interesting thing to note is that, for the past two seasons, Muto has got an extraordinary percentage of his shots on target, around or just over half of them.

Even the Premier League’s current poacher-in-chief Sergio Agüero only managed to hit the target with 46 percent of his last season. Gayle and Joselu only managed 37 and 36 percent respectively.

Although he’s played in a wider role at times, a poacher does seem to be what Muto is at heart.

He barely completed more than ten passes per 90 minutes in each of the past two seasons, and ranked in the bottom quarter of Bundesliga attackers for open-play key passes in both. He’s about the same for tackles and interceptions as well.

Still, Rafael Benítez has said that he hopes Muto can bring his work-rate with him over from Mainz, and that the club have been following him for some time. With the Magpies the eighth-lowest scorers in the league last term, Newcastle fans will be hoping he brings the goals.