Non-league Yeovil host Stevenage in the second round of the FA Cup at the Huish Park Stadium. Is a cup upset on the cards when struggling Borough visit Somerset? Read our expert predictions and find the latest odds for the game below in our match preview.

Yeovil and Stevenage clash in round two of the FA Cup on Saturday. Find our top three predictions for the contest below.

Yeovil are still languishing in the midsection of the National League, though their recent form has been outstanding. Town have won six and drawn two of their last eight matches, while they have lost just once in 12 assignments overall since early October. Stevenage meanwhile, have lost four and drawn two of their last six tests on the road and their habit of slipping up on their travels means they are worth opposing on Saturday.

While results have been improving for Yeovil, they aren’t the most reliable team defensively and their chances of keeping a clean sheet on Saturday feel slim. That would open an opportunity to back both teams to score at Hush Park – and that bet has landed at that venue in four of Yeovil’s last five home fixtures. Both teams have also notched in two of Stevenage’s last three away matches, so bettors have plenty to sink their teeth into here.

Stevenage have been coming unstuck away from home far too often for manager Paul Tisdale’s liking and Borough’s alarming leakiness at the back has been their undoing. Indeed, six of their last seven away fixtures have produced over 2.5 goals with the net rippling at the wrong end the majority of the time from a Stevenage perspective. There is a pattern worth backing there and we recommend another stake on over 2.5 goals when Borough visit Yeovil.

Yeovil vs Stevenage preview: Yeovil primed to cause an upset

It’s not easy to establish why, but something has clicked into gear for Yeovil and their manager Darren Sarll in recent weeks. Town have won six of their last eight games in league and cup, and several of their players seem to have hit purple patches at the same juncture. The combination of factors should ensure that Yeovil are dangerous opponents for Stevenage this weekend.

For Borough, relegation remains a real possibility this season and Stevenage are listed among the bookmakers’ favourites for the drop in League Two. Two of the three victories from their last 12 matches came in cup competitions, though Borough needed extra time to see of MK Dons in the previous round of the FA Cup despite playing with a one-man advantage from the 45th minute. 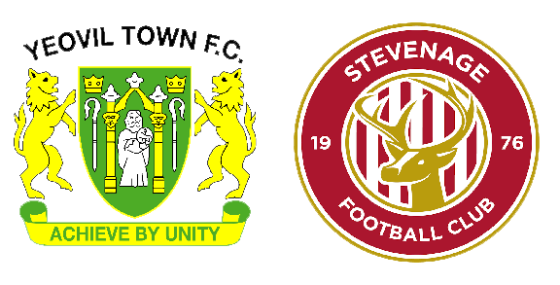 Stevenage beat Yeovil 1-0 when the teams last met in February 2019 in League Two.

Saturday’s game will be played at Huish Park Stadium.