Yeovil vs Bournemouth: Our betting tips

Bournemouth to win to nil

Bournemouth have just started to find their groove again after a little dip in form. That's bad news for a Yeovil side that sit midtable in the National League. An away banker, surely? Find out with our Yeovil vs Bournemouth match preview with free tips, predictions and odds mentioned along the way.

Bournemouth to win it easy

We could talk about the form of both sides but, really, what would be the point? Bournemouth are clearly the better side and anything but a big win would be seen as making a meal of things. We fully agree with that sentiment and back the Cherries to run out winners by at least three goals. They've just beaten Cardiff and QPR in the Championship with Yeovil having shipped five goals in their last two National League games. It really should be a breeze for Bournemouth even with a few changes.

Yeovil to lose and fail to score

Our next tip is another that backs Bournemouth to win; this time though we are opting to go for a win to nil. Bournemouth have not conceded in either of their last two games and, given they'll dominate possession against Yeovil, the hosts goal mouth opportunities are likely to be very limited. They're hardly big scorers either; in 20 National League games they have netted just 21 goals giving them the worst attack in the top half by some distance.

Check out the key stats & form for Yeovil vs Bournemouth

As bonkers as this might sound, the last time these two met in a competitive match – in 2014 – they were both Championship sides. Since then, the Cherries have been flying high in the Premier League splashing big money on players like Dominic Solanke whilst Yeovil have plummeted out of the football league. A win here would mean much more for the home side but it will be easier said than done.

Yeovil are on course to have a very dull second half of the season with their league campaign effectively over courtesy of their position in the table. Oh how their fans would love a cup run and a tie against a genuinely big team!

Bournemouth are gunning for promotion back to the Premier League right now and, after a blip in form, that's going to be tighter than people thought a month ago. It means this competition may be an unwelcome distraction; they won't want to lose though and whilst changes are likely they'll expect to win…and comfortably.

A brief FAQ ahead of Yeovil vs Bournemouth 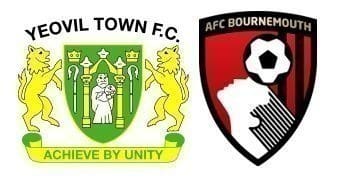