The Venezuelan national team are rooted to the bottom of South America’s World Cup qualifying league having won only one of the 14 games they’ve played so far.

Their sole win was a convincing 5-0 victory against Bolivia which featured a hat-trick for Atlanta United striker Josef Martínez, but this result was an anomaly.

What’s more, the country where baseball is the most popular sport have never qualified for a World Cup, and it’s only recently that they’ve begun to progress beyond the early stages of the Copa America, reaching the quarterfinals in 2007 and 2016.

However, 2017 was the year of the Venezuelan under-20s who lit up the U20 World Cup and were only halted when they faced the tournament’s surprise package, England, in the final.

While the seniors have four games left to save some face in their qualifying campaign, the Venezuelan Football Federation may now begin looking to some of that under-20 side to inject some life into the side ahead of the 2019 Copa America.

There are a whole host of players who could make the step up sooner rather than later, and a handful of them have already made their debuts.

Impressive teenage goalkeeper Wuilker Faríñez, striker Adalberto Peñaranda, and Manchester City midfielder Yangel Herrera have all made their bows for the senior side. Another player who could feature on a more regular basis is 20-year-old attacker Yeferson Soteldo, who’s attracting interest from Premier League side Tottenham Hotspur among others.

This group of Venezuelan talents could be looking to shift across to Europe in the search of a higher profile and a higher level of football, and their main aim should be to join South American stars from other nations in the Champions League.

Soteldo, who currently plays his club football for Chilean side Huachipato, could be the next to make the move.

The first thing you notice about Soteldo is his height. If he were taller, he might draw more comparisons with Lionel Messi as every other pint-sized teenage footballer with an ounce of talent does, but this South American is smaller still.

If there are comparisons to be made then a more accurate one may be drawn with Napoli attacker Lorenzo Insigne, but at 5ft 4″ (163cm) the Neapolitan is still taller than Soteldo who stands at a mere 5ft 3″ (160cm).

It seems almost unfair to concentrate so much on a player’s height, but when it dictates so much of their game and produces many unique strengths then it’s the only place to start.

And even the player himself has commented on how it can help his game.

“I like being small because it makes it harder for them to get a hold of me,” he told FIFA.com during the U20 World Cup.

“I like to be facing the goal when I get on the ball. It makes it much harder for them to get their hands on me than when I have my back to goal.”

Such is his size and speed, Soteldo’s legs are a blur when he runs and his quickness can be a nightmare for defenders. He has good close control and a strong frame which means he can emerge from even the tightest spaces with the ball. 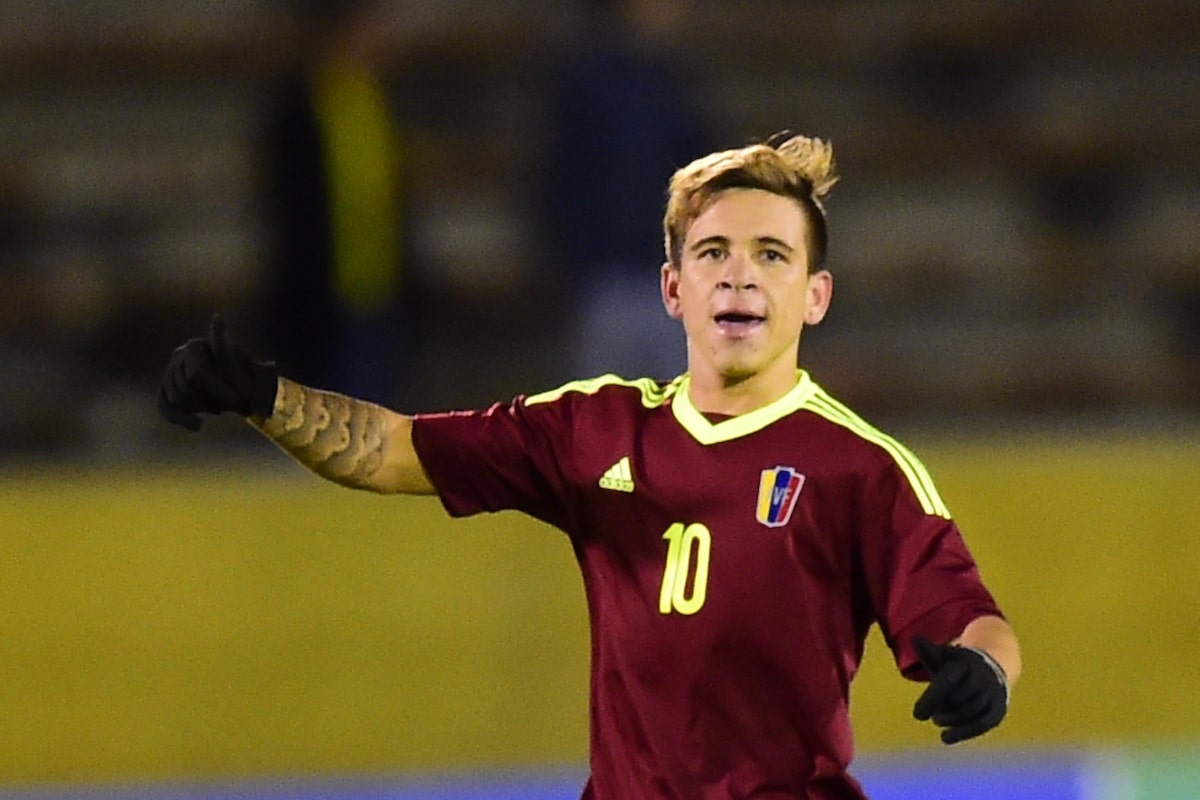 He has good technique, a few tricks up his sleeve, and a good awareness of his teammates and the space on the pitch. There are numerous examples of him taking the ball past a hapless defender near the byline, and some of these manoeuvres bring to mind the likes of Luis Suarez and Sergio Agüero.

But though he can be compared to diminutive strikers such as Agüero; Soteldo has played most of his games on the flanks or as a support striker.

One of his more notable strengths is an ability to change direction quickly. Rather than drop his shoulder, he appears to send his whole body one way before darting off down the other side of his former marker.

He’s also developed a physical steel from his repeated clashes with bigger opponents, and he’s learnt to ride challenges as well as use his trickiness to win free kicks in dangerous areas.

South American football expert Adam Brandon is a fan of the player, but believes there is room for improvement, especially in attacking situations.

“He needs to improve on his decision making in the final third,” says Brandon. “But I'm looking forward to seeing more of him here in Chile over the next few months.”

“On the occasions I have seen him for Huachipato he would run rings around the opposition, but the final pass or shot wouldn’t be of the same standard as the play which preceded it.”

This split second decision making is something which generally improves as players reach their twenties, and those European clubs monitoring him over the coming weeks and months will be looking for signs that they can work with the player to improve his composure and mould him tactically.

“Despite his diminutive stature, he often towers above his team-mates in terms of influence, galvanising all around him and making things happen from a deep starting position.

“He is also useful to have on set-piece duties, being more than capable of bending a beauty into the back of the net, as well as confidently dispatching penalties.”

If his tactical nous can eventually match his innate football skill and technique then he could be a special player, and you can guarantee that the Venezuelan national team won’t be the only ones tracking his progress.