The Champions League returns this week with four quarter-final ties which promise to provide intrigue, excitement and suspense as Europe’s premier competition reaches its climax.

And if you want to win some money with your European football knowledge then this is what Yahoo Sports Daily Fantasy Football offers you the chance to do, but every week, not just at the end of a long fantasy football season.

This means you don’t have to commit to playing every week, instead dipping in and out of the action as and when suits you. Pay to enter into different competitions or play for free, with varying amounts of prize money available.

Based on Tuesday and Wednesday night’s fixtures, here are four players you should have in your team. 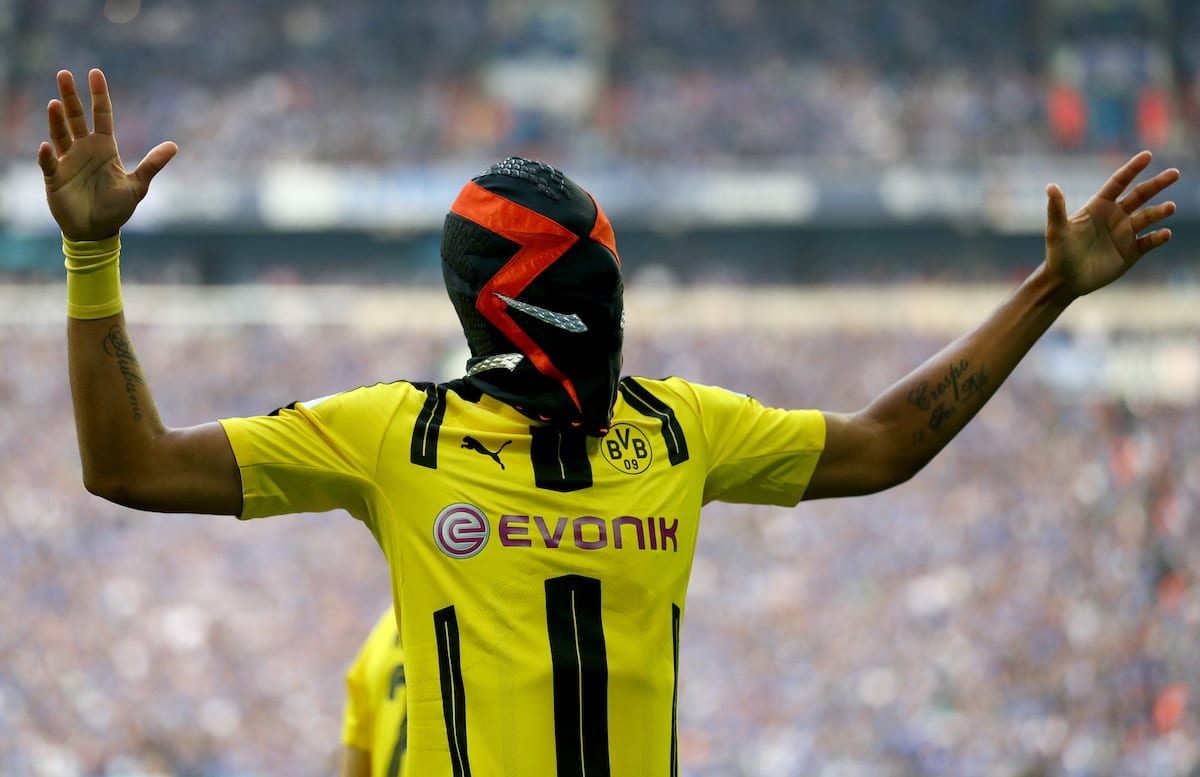 READ MORE: WHERE BORUSSIA DORTMUND V MONACO WILL BE WON AND LOST

Borussia Dortmund host Ligue 1 leaders Monaco on Tuesday night in what promises to be a game where two ruthless attacks come out on top. BVB have scored 59 Bundesliga goals this season – the second most despite being fourth – while Monaco have a whopping 88. That should be the recipe for a game with goals.

Gabonese speedstar Pierre-Emerick Aubameyang has led the way again for Thomas Tuchel’s side this season, bagging 32 goals in all competitions – seven of which have come in the Champions League.

The former Milan youngster has 66 Bundesliga goals since Robert Lewandowski left the Westfalenstadion in 2014 to join Bayern Munich – a case of stepping up the plate when required if ever there was one.

With seven goals in just six Champions League starts this term, Aubameyang goes into the game in flying form having bagged a hat-trick for BVB in their 4-0 win over Benfica in March.

Miralem Pjanic has now registered more assists (34) than any other player in Serie A since 2013/14. pic.twitter.com/wfd8PFc6Y5

READ MORE: IS PAULO DYBALA THE HEIR TO LEO MESSI AT BARCELONA?

Tuesday night’s other fixture sees the best of Italy pitched against one of Spain’s big two as Juventus host Barcelona. This promises to be another mouth-watering clash between two of Europe’s stellar names.

Bosnian midfielder Miralem Pjanić has enjoyed a good first season at the Juventus Stadium following a summer switch from Roma. The 27-year-old has contributed two assists in six Champions League starts and supplies 1.7 key passes per game. On top of that, he has made 52.9 passes at an average completion rate of 85.4 per cent.

Juve coach Max Allegri switched to a 4-2-3-1 system for his side’s last 16 tie against Porto. However, if he reverts to his preferred 3-5-2 on Tuesday night then Pjanić will be the man providing the bullets for Barcelona transfer target Paulo Dybala and Gonzalo Higuain. 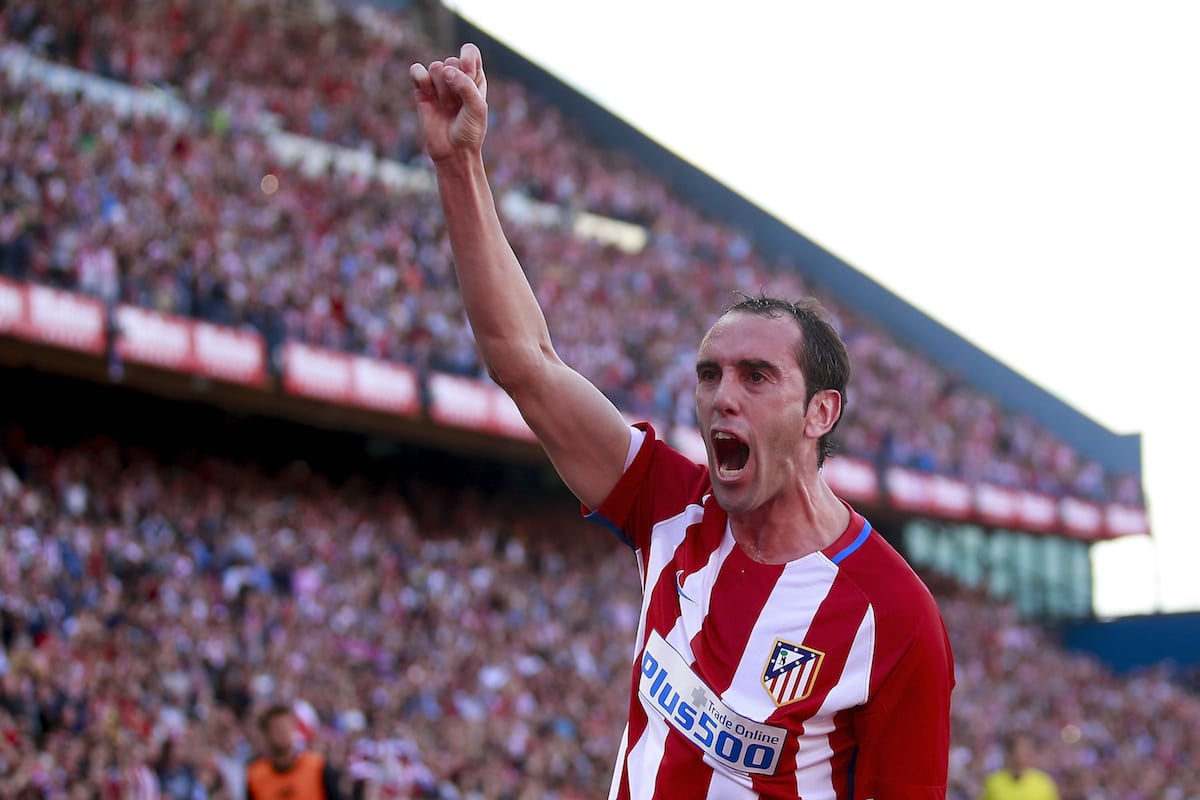 If the meeting between Dortmund and Monaco should be a goal fest then the Atlético Madrid–Leicester City tie at the Vicente Calderón on Wednesday evening will be the opposite.

Manchester United transfer target Antoine Griezmann admitted as much when asked about the tie. “People say we got the quarter-final draw everyone wanted – I disagree. We never wanted any team more than another,” he told The Sun.

“We never thought this tie would be easy. We know how strong Leicester are. They are a bit like us in the way they play. They have a similar spirit to us and they are going to be difficult opponents, for sure.”

Therein lies the reason picking centre-back Diego Godin from this tie could prove shrewd. Both sides prioritise being defensively resolute and inviting pressure before hitting their opponents on the counter attack. Leicester were good at that during their Premier League title winning campaign – though not as impressive this season – but Atleti, under Diego Simeone, are the masters.

They haven’t conceded a goal in five of their eight Champions League fixtures this season and Godin has been at the heart of that making 3.1 tackles per game, 2.7 interceptions and 4.4 clearances.

Thiago Alcantara (108) is the only player in Europe's top 5 leagues to make 100+ interceptions this season.

Bayern have not reached the Champions League final since beating Borussia Dortmund at Wembley in 2013. However, a 10-2 demolition of Arsenal in the last 16 has made the rest of Europe sit up and take notice ahead of what should be a thrilling clash in Bavaria.

Thiago’s statistics in Europe make impressive reading and he has come of age this season, making more than 100 interceptions in the Bundesliga.

In the Champions League, the Spanish international has scored and assisted two while making an average of 86.7 passes per game – two of which are key passes. Before suffering a knee ligament damage which sidelined him for a year, the smooth-passing midfielder set a Bundesliga record for most touches in a single game – since surpassed by Dortmund’s Julian Weigl.

The former Barcelona prodigy was the man Pep Guardiola demanded upon his arrival at the Allianz Arena and the 26-year-old is reportedly a Barcelona transfer target with the Catalans regretting their decision to sell him in 2013.