When Granit Xhaka was named Arsenal captain there was a feeling of déjà vu. The Gunners' recent appointments have been disastrous.

Predecessor Laurent Koscielny left in disgrace this summer after refusing to travel for a pre-season tour of the U.S. The man before him, Per Mertesacker, scarcely played due to injury. The Big Friendly German succeeded the also non-playing Mikel Arteta who landed the armband from another perma-crock in Thomas Vermaelen.

He got the armband when Robin van Persie defected to rivals Manchester United. Prior to RVP was another player desperate to get out, Cesc Fàbregas, who took the armband from William Gallas following his tantrum at St. Andrews.

You have to go back to Thierry Henry in 2007 for a captain who didn't, in some way, taint his legacy in North London. Even the Frenchman left for better things, joining Barcelona. As did Patrick Vieira, switching to Juventus. 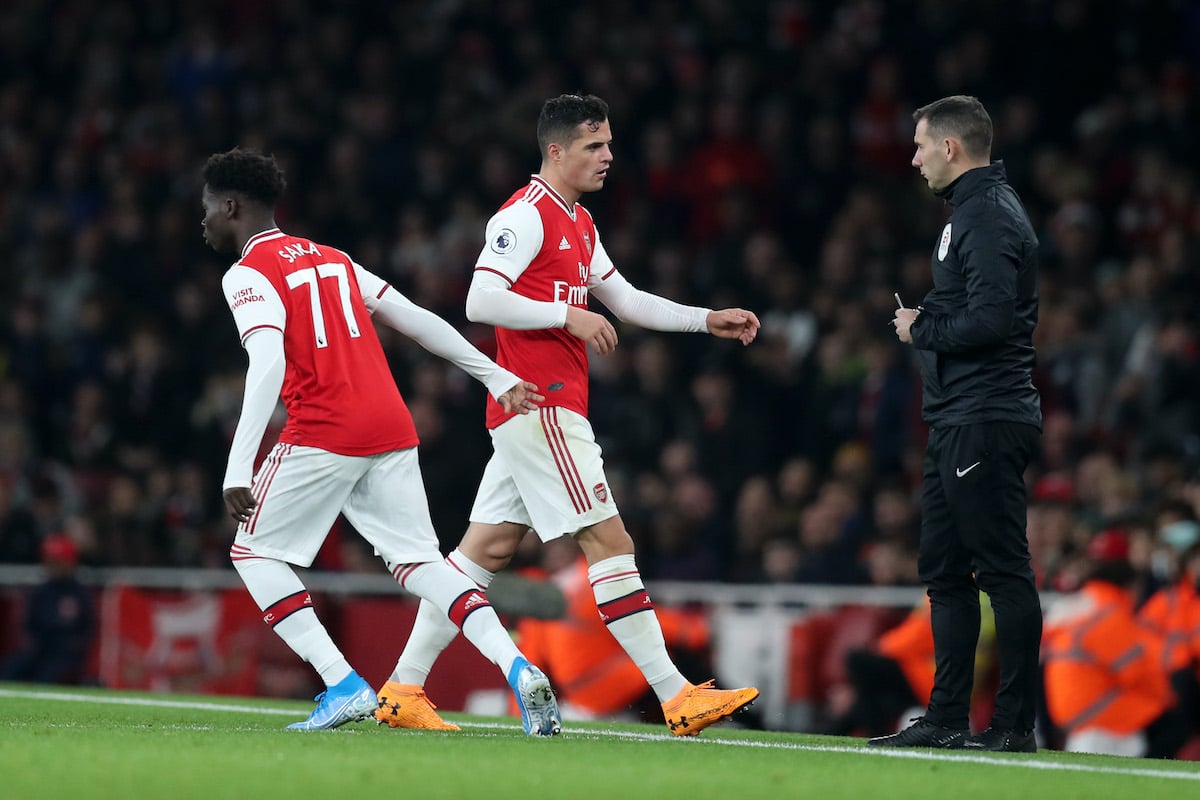 But even by those fairly appalling standards, Xhaka excelled himself. Having led the team following Mertesacker's retirement, the Swiss was appointed permanent Arsenal captain on September 27. By October 27, one month later, his position was untenable.

Goading supporters by cupping his hand to his ears as he was hooked was one thing. Telling them to ‘F*** off' was another. Storming down the tunnel was inevitable. But removing the sacred shirt was the final straw for Gunners fans and the midfielder appeared to only just stop himself throwing the shirt to the floor.

Unai Emery charitably claimed his captain was ‘devastated' and revealed the club would offer him counselling.

“We suggested he gave an apology,” Emery said. “But in his mind, he is not ready to do that because he is devastated inside. He is very upset. Granit knows he was wrong and when we make mistakes we need to apologise.

“But he feels that the supporters don’t like him, so now he needs to feel the love of his family, his friends and everybody else. But at the moment he is not feeling that with the supporters.”

By Tuesday evening, November 5, Xhaka's reign as skipper was over with Emery confirming Pierre-Emerick Aubameyang would lead the side. It was a rare PR win for the under-fire Gunners boss but the whole sorry episode could serve as a blessing in disguise.

Appointing Xhaka as captain led to widespread wailing and teeth-gnashing from the press. As much because Emery named a five-strong leadership group as anything else. Equally, the decision effectively confirmed Xhaka would be a fixture in midfield.

The Swiss has proven he is neither use nor ornament in three years at the Emirates Stadium. His passing statistics are the only metric where he stands out but empirical evidence tells us he is frequently too safe in possession and rarely drives the Gunners forward. Without the ball he is a liability and his lack of defensive nous is startling for a player who, nominally at least, screens the back four.

In the eyes of almost all Arsenal supporters, the 27-year-old wouldn't make their strongest XI. With his position in the team – temporarily at least – up for grabs, Emery has the chance to ease Xhaka out of the side. There are even reports the former Borussia Mönchengladbach midfielder will be sold in January.

Lucas Torreira was waiting to come on as Xhaka trudged from the field during that draw with Palace and the Uruguayan enforcer was seen crying on the touchline as the abuse rained down on his friend and team-mate. Perversely, it might be he who benefits most.

With Mattéo Guendouzi in tremendous form and one of the first names on the team-sheet, there is only space for one deeper-lying midfielder alongside the Frenchman at the base of Emery's 4-2-3-1. More often than not, and to the ire of Gunners fans, that has been Xhaka. Now Torreira, who has been restricted to just three Premier League starts, should get the nod in his place.

The former Sampdoria enforcer's fall from grace is bizarre. He was hugely impressive in his maiden season at the Emirates and brought much-needed snarl and bite to a midfield which has long lacked any real nastiness or tenacity.

No midfielder at the club won more tackles per 90 than his 1.48 and he came out on top for interceptions too (1.44), proving there's more subtlety to his game than simply lunging into challenges and haring around the field like a man possessed.

But there's also Real Madrid loanee Dani Ceballos to consider. The Spaniard has also made an encouraging start to life at the Emirates. He's everything Xhaka should have been; someone who could put a foot in to break up play then drive the side forward by carrying or passing the ball.

Perhaps, then, an option for Emery would be to deploy a trio of Guendouzi, Torreira and Ceballos in midfield. An additional benefit of that would be the fact there'd be no natural place in the side for the contentious Mesut Özil. It wouldn't mean a drastic change at the front of the team either with one of Aubameyang or Alexandre Lacazette drifting wide left and Nicolas Pépé on the right.

Whether or not this change has come too late to save Emery's job is the big question. The former Paris Saint-Germain and Sevilla coach increasingly looks like a man out of time at Arsenal. The question is whether he will outlast Xhaka or not.