France is a hotbed for undervalued talent. With all eyes on what is going on at Paris Saint-Germain, the only players to really catch the eye are the ones who considerably overperform.

Kylian Mbappé stole the show during the 2016/17 season, Nabil Fekir was the standout performer during the 2017/18 campaign while last year was all about Nicolas Pépé.

However, this dynamic in the French league often sees others going under the radar and their valuations don’t tend to be in line with the going rate.

Another potential bargain to come out of Ligue 1 could be Nice midfielder Wylan Cyprien. Rumoured to be a Manchester City, PSG and Arsenal transfer target in the past, the 24-year-old is believed to be on Everton’s radar.

According to Yahoo Sport France, the Toffees are in contact with the player and his representatives but there’s nothing concrete yet. Another report in Le10Sport suggests Marco Silva’s men aren’t the only Premier League club keeping tabs on Cyprien.

At first glance, there's nothing exceptional about Cyprien as a midfielder. His 2016/17 campaign was an outlier. He finished the season with eight goals and three assists and looked to be a genuine goal threat from midfield.

Since then, the goals have been few and far between for the Nice No.25. A cruciate ligament rupture decimated the first half of the 2017/18 season and he eventually appeared in just 946 minutes of Ligue 1 action. He netted twice and assisted a further two goals during that limited time on the pitch. 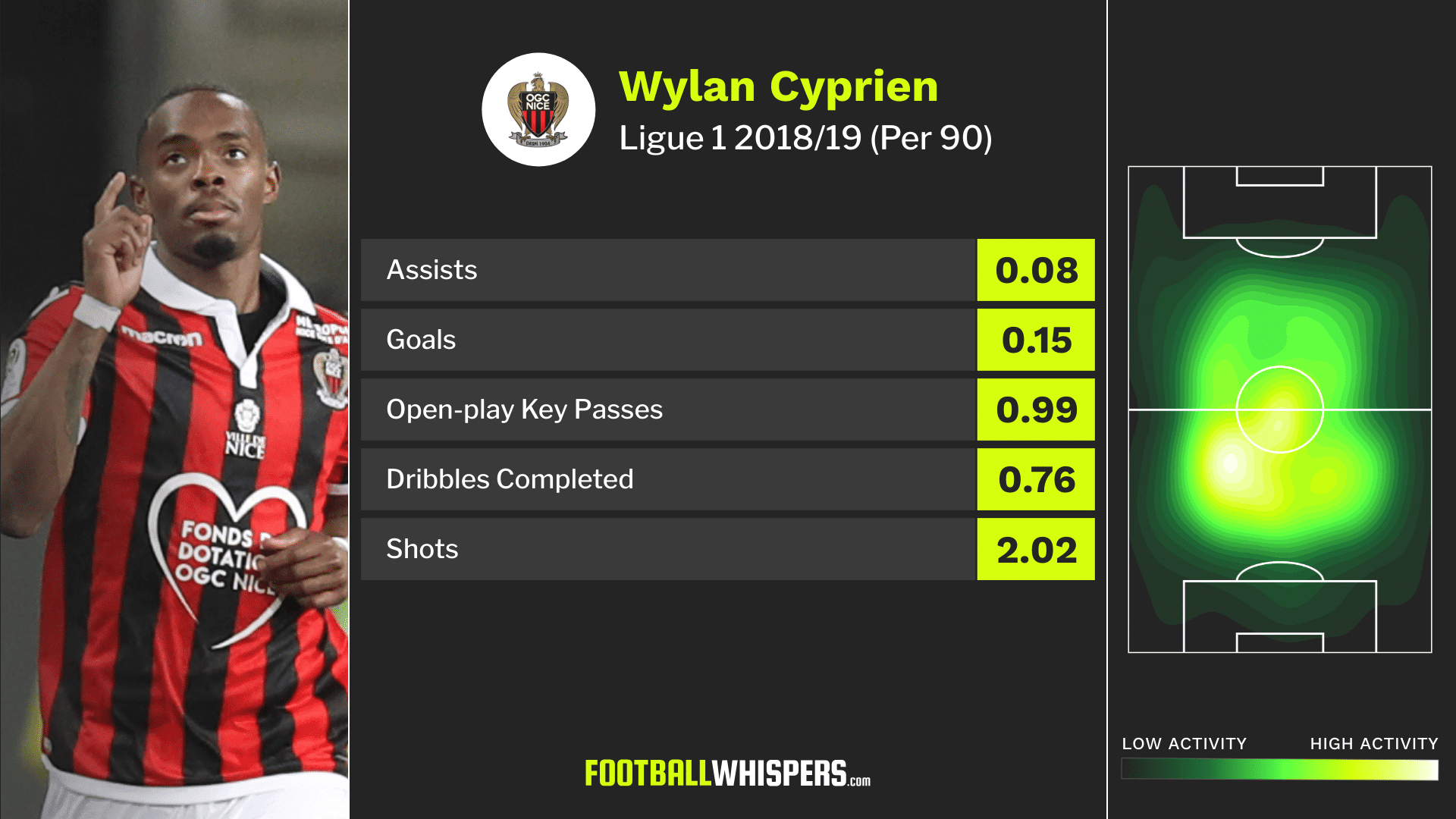 The 2018/19 campaign saw him appear in north of 2,300 minutes. A key cog in Patrick Vieira's midfield, Cyprien scored on four occasions and chipped in with two assists. He was on par with the expected numbers suggesting his goals total should've been 4.26 while his assist total was 1.57.

As shown in the graphic above, he doesn't play many key passes, just 0.99 per 90, and he completes just 0.76 of the 1.18 dribbles he attempts. The numbers don't scream press-resistant and he doesn't appear to be a creative hub.

Yet he's one of those players who seems to make everything tick. Only four midfielders average more than his 72 passes per 90 and he's fairly accurate, too, completing 89 per cent. Cyprien is the conductor. He won't steal the show but without him there's no rhythm or purpose to the play. 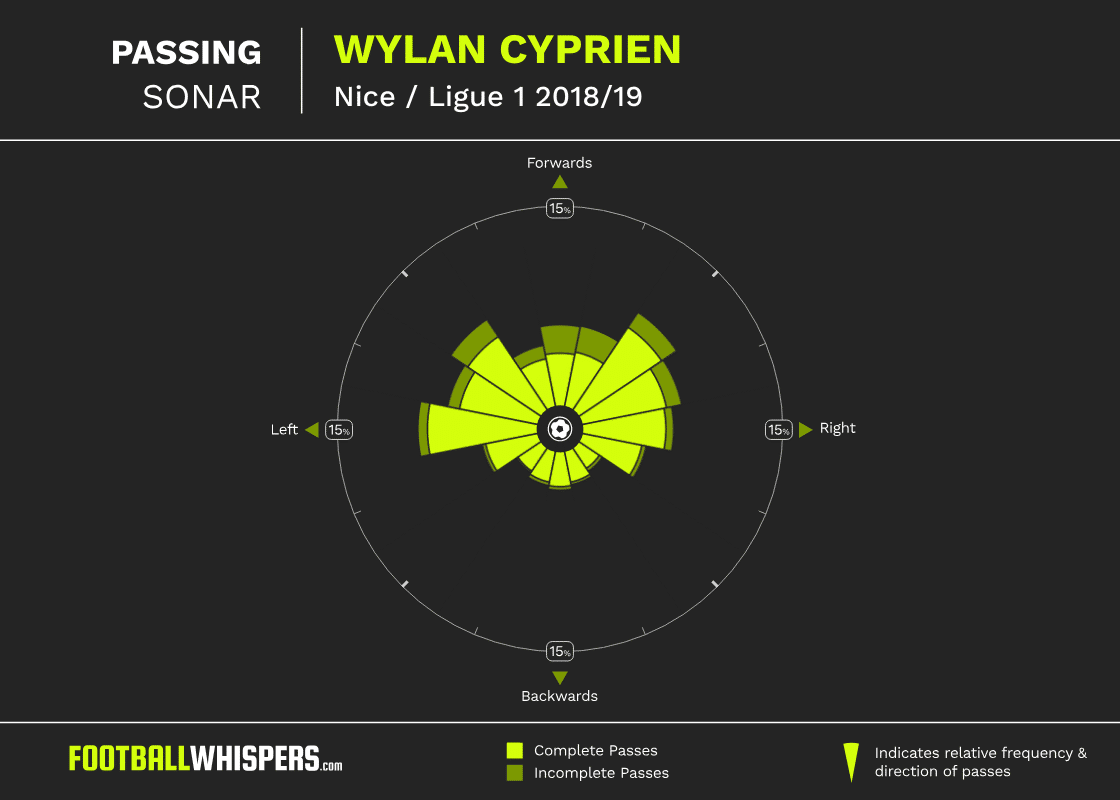 His passing sonar highlights this. His distribution of passes is fairly even and though he's not overly progressive or incisive, there's is a variety to his game. This unpredictability makes him difficult to smother. Opponents struggle to nullify him despite knowing Cyprien is ground zero for everything good Nice do.

The 24-year-old is also something of a set-piece expert. Last season, he assisted 1.29 shots per 90 minutes from set pieces alone. He scored one direct free-kick and hit the woodwork on three occasions. It isn't something teams should rely on but it's definitely an added bonus. It gives Cyprien the wildcard factor and is another string to bow.

He isn't a player to excite fans but he's the sort every midfield unit needs to function to their full capabilities. He could do a job for all of the top six as well as a number of clubs looking to gatecrash the European places next season.