Wydad Casablanca is currently second in Group D while Zamalek is third. With only a point gap between the two teams, this fixture promises fireworks as both teams battle for a place in the playoffs. Find out how we have tipped this game to end on day by reading further.

Two previous meetings between head coaches of both teams ended without a victory for Wydad’s Walid Regragui. Will the 49-year-old Moroccan tactician stand another defeat, especially at home after losing to Petro du Luanda in the second game of the tournament? Here are our free tips for the big game.

We expect more than two goals in this game. We premise this tip on results from previous encounters. While there have been only two meetings between these teams, both games registered more than three goals in each occasion. The first meeting ended 4-0 in favour of Zamalek while the second encounter ended 5-2 in favour of Wydad. Both sides have struggled defensively lately, so backing a high scoreline is a good pick.

The last encounter between these teams ended 5-2 to Wydad’s favour.  The game was played in Morocco. This third match will also take place in Morocco and the hosts are our strongest candidates to collect all points. Wydad Casablance has won all their last four homes game, three of which were clean sheet victories. They have never lost at home in the last ten games and boast a perfect scoring record within that run.

Here are the latest stats, team history and the best odds for the CAF Champions League fixture between Wydad Casablanca and Zamalek.

A ten-match unbeaten run at home means Wydad Casablanca is the team to beat in this game. The hosts may have lost 2-1 in the second game of the tournament but remains within a playoff spot at second place with three points, only a point adrift of first-placed Petro du Luanda. It means winning this game is important given the right race for a playoff spot in Group D.

The visitors have failed to win three of their last five away games. It is a record that puts their chances in limbo is they make this trip to Morocco. The biggest challenge for Zamalek in this encounter is the lack of firepower in the tournament. Despite a 2-2 draw in the first game, the Egyptian side failed to score when they drew 0-0 to Sagrada Esperance in the second game. 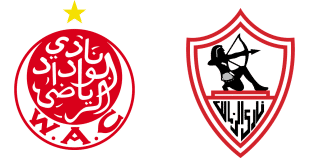