We will be reviewing the Wycombe vs Luton fixture and getting all the latest predictions, odds, preview, and statistics.

Our top analyzers have gone through all the data and came up with the following predictions:

Our bookmaker recommendation for this match is Ladbrokes. Keep in mind that the prices above are correct, but by the time you place the wager, they might have changed. Make sure you double-check the odds before placing the bet.

Luton is currently in thirteenth place in the Championship league table, while Wycombe is getting relegated to 24th place. In the last game between the two teams, Luton won with a clean sheet. The Hatters have won more games than Wycombe despite their latest form.

Under 2.5 Goals Scored in the Game

Both Wycombe and Luton have played more games in the championship where less than 2.5 goals were scored. On average Luton, players scored two goals per Championship match, while Wycombe scored 2.3 goals per match. The small number of over 2.5 goals in both teams’ match history leads us to believe that the total number of goals won't go above 2.5.

James Collins to Score a Goal

James Collins has scored eight goals in the Championship, and he is Luton's top scorer. It wouldn't surprise us if he scores again against Wycombe.

Below, we have displayed all the recent stats and prices for both teams, so that you can make an informative decision whether or not to use our tips.

Wycombe is in the last position in the league table and their chances of escaping relegation to League One are slim to none. Luton is around the middle of the table and they have a better match history. Although the Hatters lost three out of the last five games in the Championship, we believe that against Wycombe with players, like James Collins and Harry Cornick, they have high chances of interrupting their two-game losing streak.

When it comes to goals scored both teams’ statistics show that in the Championship, they have low-scoring tendencies, and we believe that the goals scored won't be more than two. If Dewsbury-Hall creates more chances for James Collins to score, Luton may even score a clean sheet, like the latest game between both clubs in October. Both teams have two injured players each, who won't make the lineup, like Luton's Tom Lockyer and Wycombe's Dominic Gape. 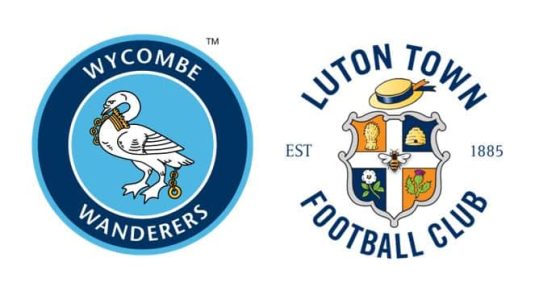 Questions & Answers Regarding the Wycombe vs Luton Match