How will the Wycombe vs Bristol match end? Is Wycombe dead in the water or can the team still pull through? Find out what are our top free tips and predictions on the match including a match preview.

Let's review the top free wagering tips for the Wednesday match between Wycombe and Bristol. You can also check out the rest of the Championship predictions available on the site.

Our recommended bookmaker for this match is Ladbrokes. We can say that the odds are 100% correct up until the time of posting. To be extra sure they haven't changed, you need to double-check them.

BTTS is a popular market, but both Wycombe and Bristol City haven't had more than four games in the last ten, where that situation occurred.

Under 2.5 Goals Scored in the Game

Bristol City has had four out of ten recent games where a total number of goals was more than 2.5, while Wycombe even less with three out of ten games ending with more than 2.5 goals. There is a high chance that there won't be many goals in the Wednesday match, as well.

Club Form and Head-to-Head Statistics for Wycombe vs Bristol

Below, you can read about the latest form for both teams, including statistics and scores from their latest matches.

Recent Injuries and Other Important Team News for Wycombe vs Bristol

Bristol City's away form is better than Wycombe's home form in the last ten games. They are also more than fifteen points ahead of their opponents in the Championship table. Although Wycombe has had a better recent form, we don't think that they will be able to beat Bristol City on Wednesday.

The Chairboys only have three injured players – defender Ryan Tafazolli, and midfielders Nnamdi Ofoborh and Dominic Gape. Bristol City will miss four players due to injuries, including Jay Desilva, Andreas Weimann, and Nathan Baker. The Robins will also miss Henri Lansbury due to a red card suspension. 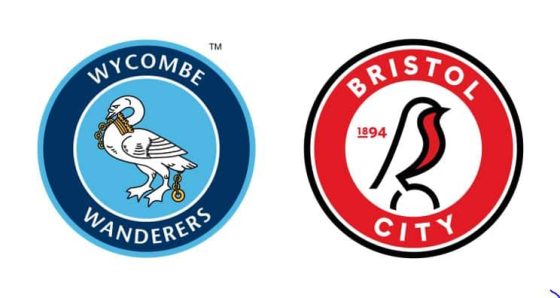 Prevalent FAQs Regarding Wycombe vs Bristol on Wednesday