Wuilker Faríñez is a rarity in the world of goalkeeping. He only turned 20 this year but is already considered a mainstay of both his club and national team.

He has already moved clubs once, impressing enough at his hometown side in the Venezuelan capital, Caracas, to alert Colombian side Millonarios who signed him up as their own No.1 at just 19 years of age. His journey, which could take him to the top, had begun.

While Faríñez was making an impact at youth level for his national team as you might expect, he had also been appearing in Venezuela’s senior squads since the age of 17.

He went to the 2015 Copa America where he was an unused substitute, but made his debut a year later in a friendly against Panama, keeping a clean sheet.

He has since become a regular for La Vinotinto under Rafael Dudamel, who had previously called him up for Venezuela’s under-20 side. “We’ve got a goalkeeper for the next 20 years,” he said.

Faríñez displayed his strong mentality in a game against Vanuatu at the 2017 U-20 World Cup. His team were awarded a penalty during the 7-0 win, which the goalkeeper stepped forward to take and score.

His side finished runners up in that tournament, losing to England in the final, but it gave hope that with this generation of talented players, and with Faríñez between the posts, Venezuela could qualify for their first ever senior World Cup.

The goalkeeper position is an unforgiving one where mistakes are inevitable. The ability to recover from such errors is as important as physical and technical attributes such as reactions, distribution, and agility.

It’s for this reason that few goalkeepers are thrown into the limelight at a young age. The inability to recover from a bad mistake or the concession of a large number of goals can shape a career. As a result, coaches and managers handle them with care during their developmental years.

Plenty of young goalkeepers experience hype early in their careers but for most, playing at the top level comes later. At bigger clubs many have to settle for a place in the youth academy, learning from an older head, playing the occasional cup game while they wait patiently for them to retire, move on, or decline.

Big clubs like to sign the best young keepers, but rarely make use of them in the first team.

Very few are trusted to make the step up in senior club football, and it’s often seen as an even bigger risk to throw them into the national side. Italy’s Gianluigi Donnarumma is a rare example of a goalkeeper who is already considered good enough to play senior football at both club and international level while still a teenager.

He made his debut for AC Milan at the age of just 16 years and 242 days, with only Giuseppe Sacchi taking the position between the posts at a younger age, and that was way back in 1942.

Faríñez has made similar strides on the other side of the world, and is considered by many to be up there with Donnarumma in terms of quality and potential.

However, they are different in style. While Donnarumma is a tall, commanding presence in the area, Faríñez is an quick, agile keeper who relies on great positioning and sharp reflexes to make up for his relative lack of height.

At just 5ft 11 (181cm) the Venezuelan's short stature will put off a handful of scouts, but those who take the plunge will be rewarded.

He reads the game well and displays good anticipation. He’s often in the right place to make the save, which plays a huge part in keeping the goals out, and his subsequent distribution is quick and accurate.

The screenshots below show him anticipating a long ball, leaving his area and getting to the ball (in a blur) before the opposition striker (in yellow), saving his defender a tricky job. 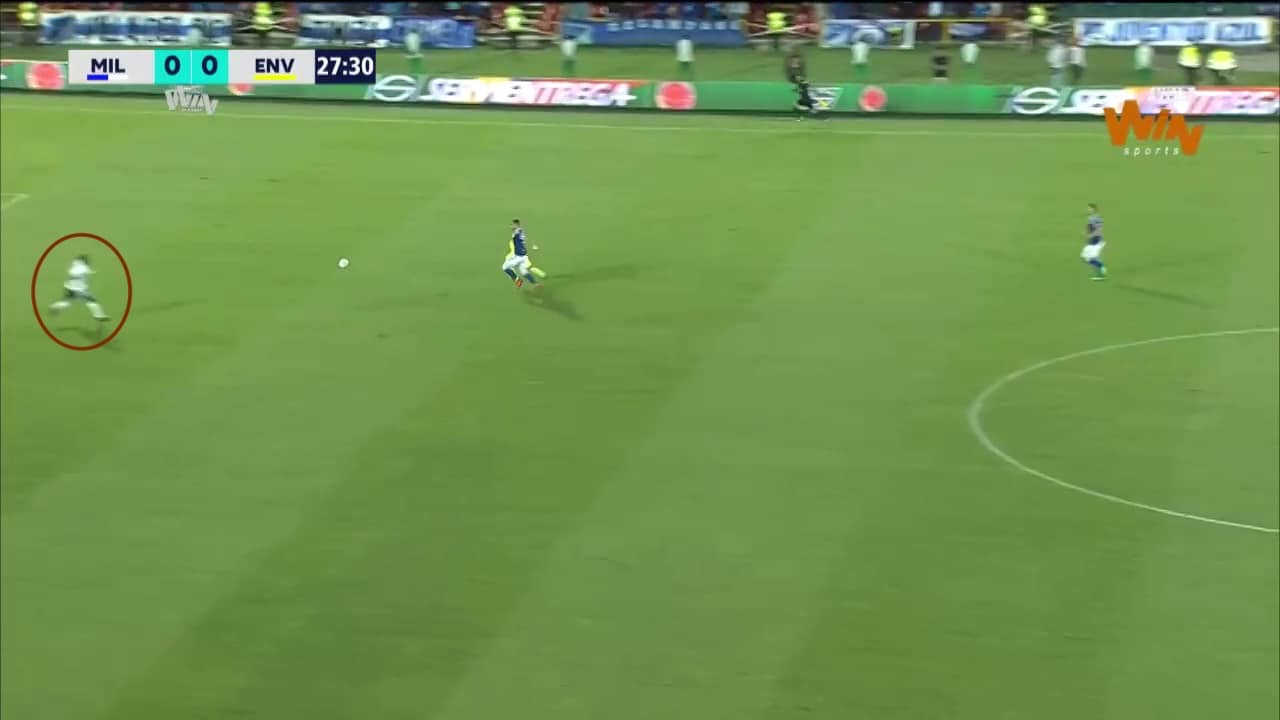 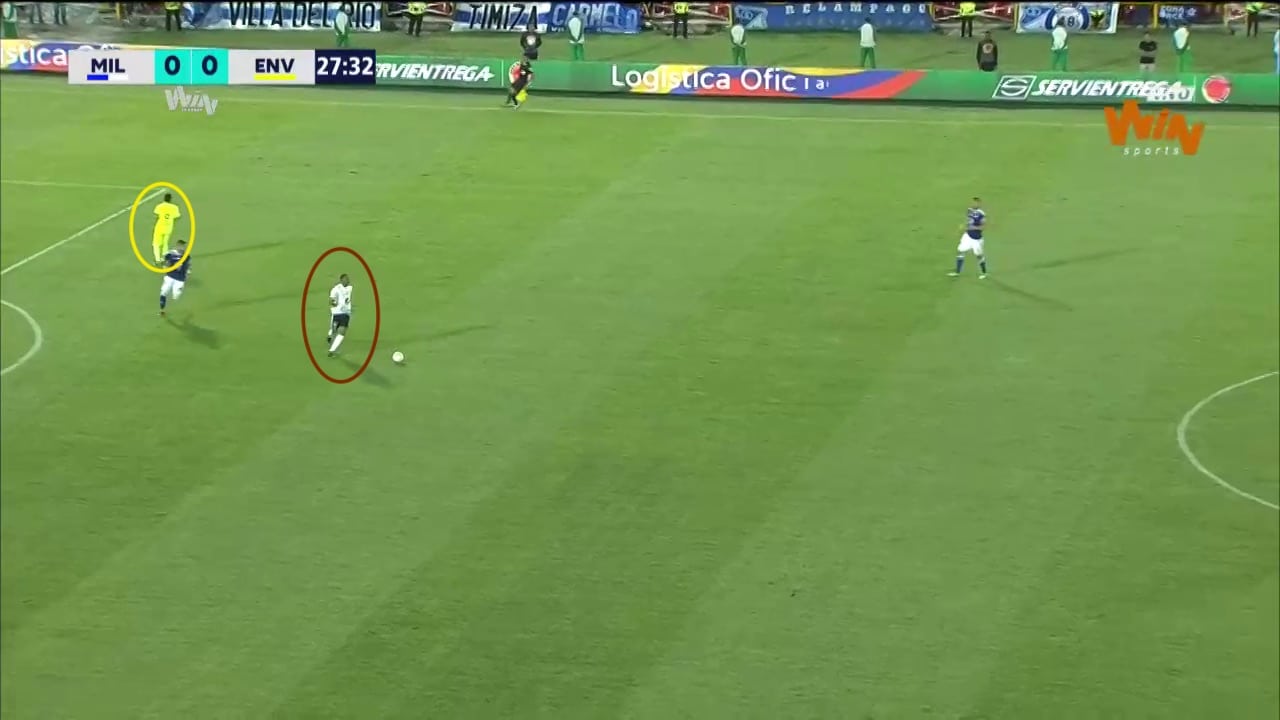 Faríñez was himself a striker up until the age of 14, and this is evident in the confidence he shows when taking the ball at his feet and starting counter-attacks from his area. He’s also good at kicking the ball long to a forward out of his hands in a similar manner to Everton's Jordan Pickford.

In the below example he can be seen claiming a cross and then sprinting through his area before launching a kick to a team-mate on the right wing. 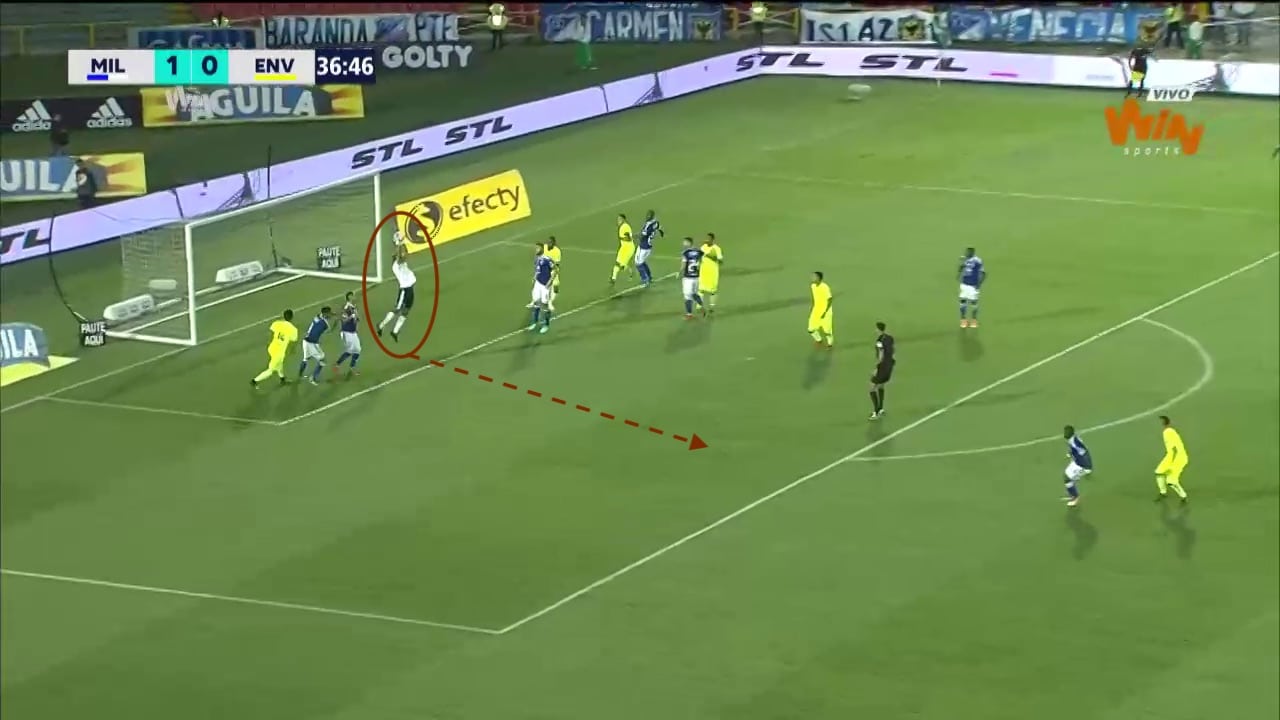 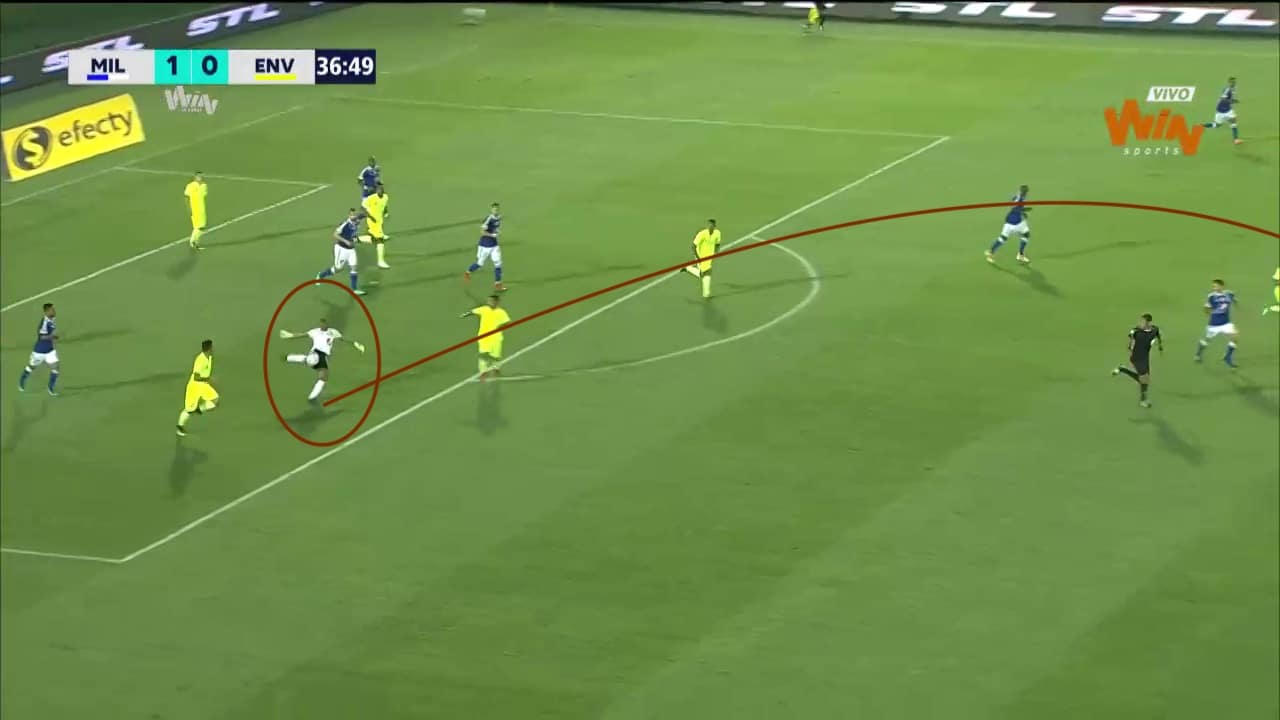 Note the time on the clock in each screenshot to get an idea of the speed in which he spots the pass and executes it once making the catch. The kick ends up bouncing beyond the halfway line and at the wingers feet in the attacking third.

He could be compared to Mathew Ryan, and it wouldn’t be a surprise to see him join them in Europe in a few year’s time.

There are already rumours that Benfica have first refusal as part of the deal which took him to Millonarios from Caracas, and could even cash in should another team make a move for him, as the side from the Portuguese capital already own some of his rights.

Millonarios president Enrique Camacho has denied this, however, commenting: “This contract really has nothing to do with Benfica as has been suggested by some people.

“It is a totally independent contract for Millonarios, to regenerate the team which is being rebuilt, each time with greater potential to compete for titles.”

Either way, there is no doubt that the Bogotá based club will know that they have an asset on their hands, and may anticipate losing him at the end of their 2018 Copa Sudamericana campaign, which resumes next month with a last 16 match against fellow Colombians, Santa Fe.

He will also be on show each time Venezuela take to the pitch, and could well be a January signing for one of the many interested parties in Europe.