Wuhan Yangtze and Wuhan Three Towns face off in the Chinese Super League on Wednesday, June 15th. It’s a first-ever derby day in Wuhan as Yangtze take on Three Towns. Read our free predictions and find the latest odds for the fixture below in our detailed match preview.

Bragging rights and points are on the line on Wednesday when city rivals Wuhan Yangtze take on Wuhan Three Towns for the first time in the Super League. Read our top three predictions for this weekend’s fixture below.

Local rivals Wuhan Yangtze and Wuhan Three Towns occupy positions one and two in the Super League after three rounds of matches and with unbeaten starts pushing both teams on, we expect to see a competitive first derby clash on Wednesday. Both sides have a 100% strike rate so far and with talented attacking players in abundance this week, we expect that perfect goal-getting record to be maintained by both clubs.

With nine and seven points banked respectively so far, both Wuhan Yangtze and Wuhan Three Towns will believe they can push for victory in Wednesday’s derby and an open contest could ensue as a result. Three Towns’ assignments have averaged 4.0 goals per 90 minutes since the campaign kicked-off and with their forward-thinking philosophy a potent factor, we’re tipping the over 2.5 totals line to be passed again this week,

Check out our list of the best stats for Wednesday’s match below alongside a tool to help you choose the best odds.

Below, you can read all of the latest team news and injury info for Wuhan Yangtze’s skirmish with Wuhan Three Towns in the Chinese Super League on Wednesday.

Wuhan Yangtze maintained their perfect start to the new Super League season with a 1-0 win at Guangzhou FC on Saturday, though it took an 81st-minute effort from defender Li Peng to get the job done. Yantze didn't quite function in attack at the weekend and Hu Rentian and Wang Jingbin's places are in jeopardy as a result.

Wuhan Three Towns were denied their third win on the bounce by a 93rd-minute equalizer from Shanghai Shenhua on Sunday, though there were numerous positives to take despite their draw. Head Coach Pedor Morilla will likely keep the crux of Sunday's team together for the club's midweek test, though Marcao will hope to start.. 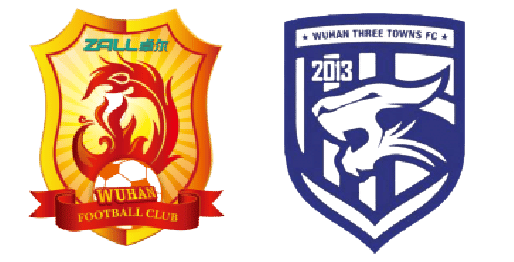 Wuhan Yangtze have been priced as slight favourites to win this week.

This will be the first competitive meeting between these clubs.