Wuhan Yangtze and Guangzhou FC lock horns in the Super League on Tuesday, July 4th. Two out-of-form outfits go in search of three crucial points. Read our free predictions and find the latest odds for the fixture below in our detailed match preview.

Guangzhou FC have lost six of their first seven matches of the new Super League campaign as they prepare to take on Wuhan Yangtze on Tuesday. Read our top three predictions for this week’s fixture below.

Wuhan Yangtze are in the midst of a disappointing four-match losing slump, though they have a big opportunity to halt their slide against relegation candidates Guangzhou FC on Tuesday. Indeed, Yangtze’s last win in the Super League came at Guangzhou’s expense last month and they could repeat the trick here. The South China Tigers have lost all but one of their seven assignments so far and more disappointment awaits in midweek.

When Wuhan Yangtze and Guangzhou FC last met in early June it took an 81st-minute effort from Li Peng to separate the teams and another contest decided by razor-thin margins could develop in Tuesday’s rematch. Wuhan are averaging just one goal per 90 minutes this season, while toothless Guangzhou FC have notched just three times in total. With quality in attack in short supply in both camps, bettors are advised to back under 2.5 goals to be registered.

Read our selection of the best stats for Tuesday’s fixture below alongside a tool to help you choose the best odds.

You can view all of the latest team news and injury info for Wuhan Yangtze vs Guangzhou FC in the Super League on Tuesday below.

Xu Dong is listed as Wuhan Yangtze's only injury absentee at present, leaving Head Coach Li Jin Yu with a strong squad to pick from for Tuesday's fixture. Yangtze were beaten for the fourth time on the spin when they fell to a 2-1 reverse against Hebei on Thursday.

Jiang Guangtai missed Guangzhou's recent defeat to Wuhan Three Towns and the defender remains a doubt here. Asquer Afrden recovered in time to play in that game and the midfielder should retain his place in the starting XI on Tuesday. 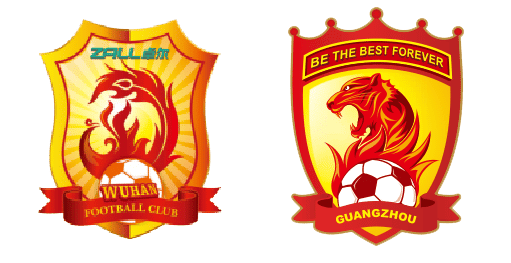 Wuhan Yangtze edged Guangzhou FC out 1-0 when the teams last met in June.