The group B of the Chinese Super League regular season resumes with Wuhan taking on Shanghai Port at the Jiangyin Sports Park Stadium. The two teams are at the opposite ends of the table and they are separated by a whopping nine points after the first five matches.

Wuhan continued to remain at the bottom of the table following a 2-1 loss to Tianjin Tigers. An early red card to M'Bia turned out to be the problem for Wuhan in this fixture. Shanghai Port lost their first game of the season, as Kaya picked up a 1-0 victory in the AFC Champions League.

Shanghai Port remain an imperious outfit in the league table even if they recently suffered a loss in the AFC Champions League. Meanwhile, Wuhan have been quite disastrous and the team just this not have any luck on their side at this moment. Even if playing at home, Wuhan may not be a great pick to back for a victory given that the team has especially struggled against Shanghai Port in the past with five losses in the recent six meetings.

The last five matches between these two clubs have produced over 2.5 goals on four occasions. Wuhan may have only returned with three goals from the opening five games, but Shanghai Port have been offensively one of the best teams in the division with an impressive 13 goals scored already.

Shanghai Port come into this game with a strong defence that has allowed only three goals from the opposition. They will be a force to reckon with in this game. The only time Wuhan have failed to score against Shanghai Port was back in 2013.

Wuhan continue to go through a lot of problems with the team stuck at the bottom of the table. The team has especially been brought in home games with heavy losses against Shanghai Shenhua and Beijing Guoan. On the road, the team has produced some decent defensive performances by being able to limit the opposition down to just three goals in their three away games.

Shanghai Port had to endure a major disappointment in the form of the 1-0 loss against Philippines outfit Kaya. As a result, the team has been knocked out of the 2021 Champions League at the qualifiers. The performances in the domestic competition are a major consolation at this juncture.

Doubts regarding the Wuhan vs Shanghai Port game 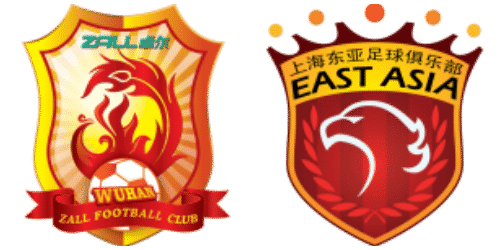