The Chinese Super League action in group B kicks off this weekend with Wuhan taking on Changchun Yatai at the Suzhou Olympic Sports Centre Stadium.

Wuhan were able to avoid a defeat for a third consecutive match, as they grabbed a goalless draw against Shanghai Shenhua away from home. Goalkeeper Wang Zhifeng turned out to be the hero for Wuhan after saving an injury-time penalty from Yu Hanchao. Changchun Yatai were offensively brilliant, as they beat Tianjin Tigers by a 4-1 score on the road.

Changchun Yatai to get a win

Changchun Yatai come into this game with plenty of momentum after having managed back-to-back wins since the break. After starting out with a loss against Hebei, Yang Chen has seen his team produce back-to-back good performances. Wuhan have been defensively solid in recent games, but they might be found out with the movement shown by Changchun Yatai in recent matches. In the three competitive meetings between these two clubs, Wuhan have never been able to get a victory over Changchun Yatai.

There has been a remarkable consistency in their defensive displays of late, as the team has conceded just one goal in the last three league outings since the break. However, Xiaopeng Li are unlikely to break clear of this Changchun Yatai outfit, who have been offensively good since the break. In the three matches since July, Chen’s team has scored seven goals.

Wuhan to score less than 1.5 goals

Wuhan have been unable to score in three out of the last five Chinese Super League matches. The recent meeting between these two clubs back in May ended in a goalless draw.

Wuhan vs Changchun Yatai: Preview of CSL Group B Game

There has been a marked improvement in the performances of Wuhan over the last few matches. After losing three out of the five matches, Wuhan have been able to put up some strong performances against top outfits like Shanghai Port and Shanghai Shenhua. Even now, though, the team are still waiting for the first win of the season.

Changchun Yatai have been climbing up the league table and they are now up to 2nd place following a marked improvement in results. The wins over Beijing Guoan and Tianjin Tigers are far from the toughest tests that await the team, as they go up against the likes of Shanghai Shenhua and Shanghai Port in the early weeks of August.

FAQs about Wuhan vs Changchun Yatai 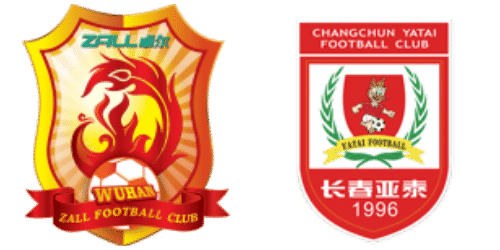