It’s derby day in the Super League when Wuhan Three Towns take on Wuhan Yangtze on Friday, July 8th. Three Towns are huge favourites to swat their neighbours aside. Read our free predictions and find the latest odds for the fixture below in our detailed match preview.

Wuhan Three Towns can tighten their grip on top spot with a win over city rivals Wuhan Yangtze on Friday. Read our top three predictions for this week’s fixture below.

Newly promoted Wuhan Three Towns continue to take the Super League by storm and the early pace-setters won for the seventh time in eight matches when they beat Shanghai Shenhua 4-2 last time out. That was also the seventh time in eight assignments where over 2.5 goals landed in a game involving free-scoring Three Towns and having already beaten derby rivals Yangtze 3-1 in June, more goals are on the agenda on Friday.

Wuhan Three Towns’ total commitment to attack makes them an exciting team to watch, though clean sheets for the league leaders have been few and far between. Indeed, both teams to score has been a winning bet in five of their last six Super League fixtures – a run which included their 3-1 win over Yangtze last month. We anticipated goals being plundered again when the neighbours meet on Friday and bettors are advised to consider a stake on the same.

Find our list of the best stats for Friday’s contest below alongside a tool to help you choose the best odds.

Read all of latest team news and injury updates for Friday’s Super League derby clash between Wuhan Three Towns and Wuhan Yangtze below.

The treatment room is almost empty at Wuhan Three Towns with defender Gao Zhunyi the only player listed as doubtful ahead of Friday's derby. Three Towns produced a real statement performance to hammer Shanghai Shenhua 4-2 on Sunday and they are starting to look like genuine title contenders already.

Wuhan Yangtze snapped a four-game losing streak with a 2-1 win over Guangzhou FC on Monday.  Defender Xu Dong missed that victory through injury and he is set to remain on the sidelines on Friday. Yangtze are 8th in the table, but could drop to as low as 13th if results go against them this week. 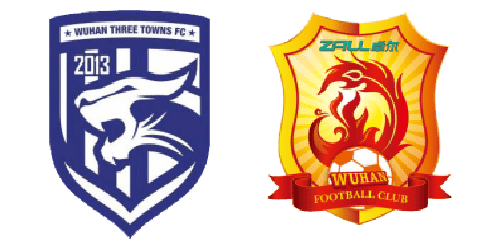 The Puwan Stadium in Dalian will host Wuhan Three Towns vs Wuhan Yangtze.

Pedro Morilla is currently Head Coach of Wuhan Three Towns after the Spaniard joined the club in July last year.