Wuhan Three Towns meet Shanghai Shenhua in a Super League showpiece showdown on Monday, July 3rd. The division’s top two teams battle it out for three points. Read our free predictions and find the latest odds for the fixture below in our detailed match preview.

The Super League’s last two unbeaten records are on the line as Wuhan Three Towns take on Shanghai Shenhua on Monday. Read our top three predictions for this week’s fixture below.

The Super League’s top two sides face off at the Puwan Stadium on Monday when unbeaten outfits Wuhan Three Towns and Shanghai Shenhua face off, though the newly-promoted outfit could have the edge. Three Towns have won six out of seven fixtures this term and that return would have been perfect had Shenhua not bagged an injury-time equalizer when the sides last met in June. Wuhan were the better team on that occasion and we’re tipping them to go one better in Monday’s rematch.

Despite their stretch of superb results, Wuhan Three Towns do have a habit of leaving the door open at the back at times and as a consequence, both teams have notched in four of their last five assignments. Shanghai Shenhua have scored in 100% of their Super League games this season – as have Three Towns – which suggests both teams can impact the scoresheet again on Monday.

Read our list of the best stats for Monday’s skirmish below alongside a tool to help you choose the best odds. 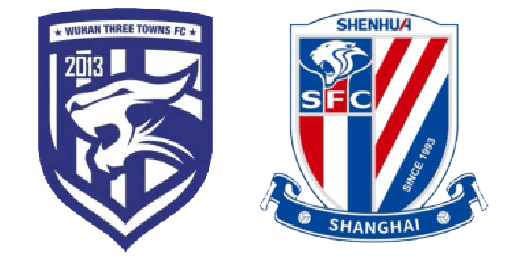 Pedro Morilla is in the hotseat at Wuhan Three Towns having been handed the job in July last year.