Round 2 of the Chinese Super League pits Wuhan Three Towns and Guangzhou together. The newly-promoted impressed in their 0-4 win over Hebei and will want to build on their result against last season's podium finishers.

Guangzhou finished last season in third place but their preparations for the current campaign could not have gone more awry. They lost all six of their AFC Champions League fixtures and started the season in the same fashion they finished the previous one, on a losing note. Wuhan Three Town will look to pile further misery as they prepare for the South China Tigers' arrival. Pedro Morilla's side earned a 0-4 away win over Hebei in the opening round and have the momentum on their side to make it two wins in two outings.

Despite being on the road, not only did Wuhan score goals for fun but also returned with a clean sheet to boast off. They will fancy their credentials to make it two clean sheets in a row, especially given Guangzhou's recent form. The Tigers have not scored in their last eight competitive fixtures and did not show any pretence of getting on the scoreboard against Shanghai Shenhua. As they go on the road, it looks unlikely that lady luck will smile on them, especially against a side that has kept four clean sheets in their last five outings.

Wuhan Three Towns vs Guangzhou: Check out the best odds and the latest stats

Wuhan Three Towns vs Guangzhou: Check out the team lineups

The provincial club were promoted from League One as champions and has a lot to prove. Pedro Morilla would not have hoped for a better start to life in the Chinese Super League. Even their most ardent fans would not have hoped of a 0-4 away victory to start life. Lady luck has further smiled on them as a struggling and out of sorts, Guangzhou visits them next.

The South China Tigers began the 2022/23 campaign with a defeat at home to Shanghai Shenhua. In the aftermath of the defeat, questions need to be raised about Liu Zhiyu's suitability as manager of Guangzhou Evergrande. The club have now lost eight successive fixtures and has failed to hit the back of the net at each time of asking. 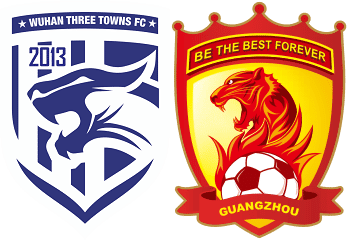 Who is the player to watch out for? Davidson (Wuhan Three Towns).

Where is the game being played? Hankou Cultural Sports Centre (Wuhan).