Alexis Sanchez has 17 months remaining on his current contract at Arsenal. Each week that passes without him signing a new deal makes the prospect of him leaving all the more real. Worryingly real, for Arsenal fans and fellow players.

Sanchez is the attacking engine of any side he plays for. For his national team Chile, as well as his club side, he encourages those around him to up the level of their game due to his sheer will to win.

Following the Gunners' thrilling 3-3 draw away to Bournemouth, Sanchez cut a frustrated figure at the final whistle, annoyed that his side were unable to win, in contrast with other players who seemed pleased that they were able to come back and draw the game.

If Sanchez were to leave, any player replacing him would have massive shoes to fill. As well as replacing his world class talent, they'd also have to fill a mental void which Arsene Wenger's side had struggled for years to find following the gradual disbanding of their “Invincibles” team. 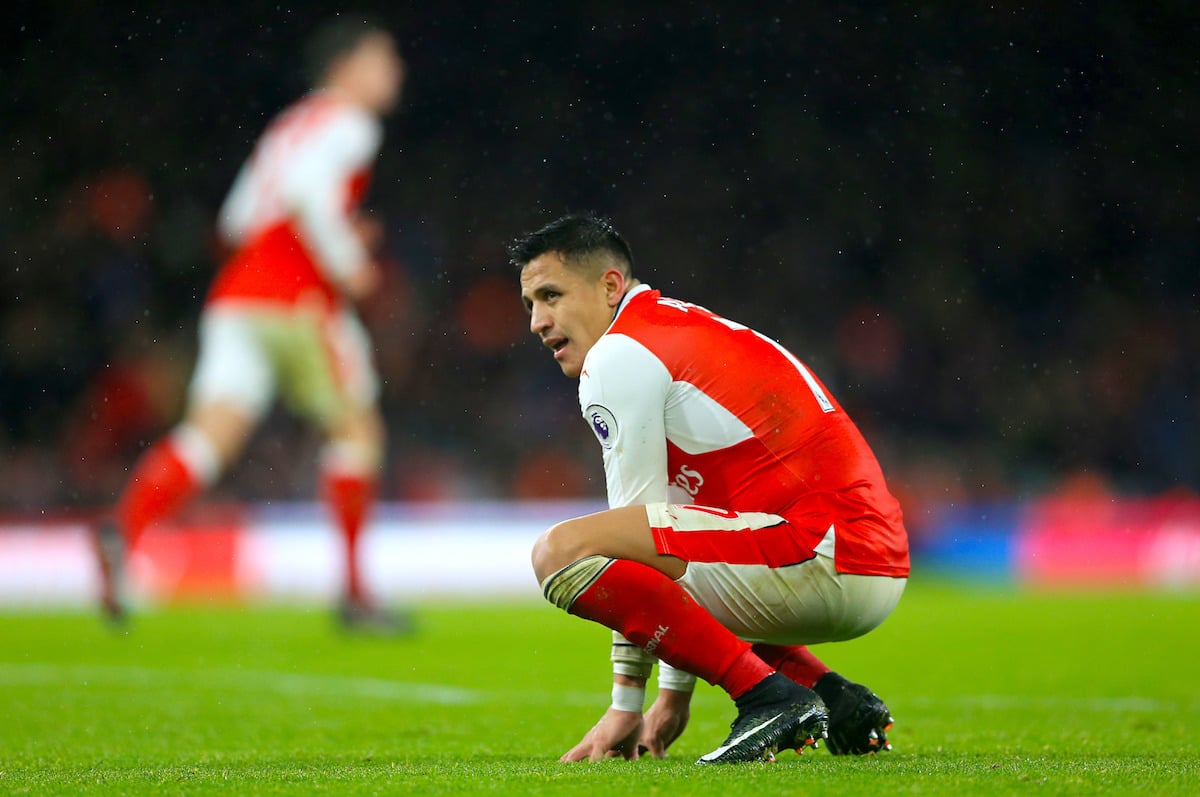 Now they have it, they'd be wise to do everything they can to keep hold of it.

Emmanuel Adebayor recently told The Guardian that “Arsenal have a good team but if Sanchez gets injured I don’t know who they’ve got. Today they are just Ozil and Sanchez. If one of them gets injured, it is a problem.”

While many Arsenal fans would love to disagree with their former striker, in this instance they would have to, however begrudgingly, admit that he's right.

Arsenal without Sanchez would be like Liverpool without Luis Suarez. They'd still be left with some quality players if he were to depart, but the relentless attacking work rate and voracious will to win which he embodies, is irreplaceable.

A Rally Car for a Rolls Reus? 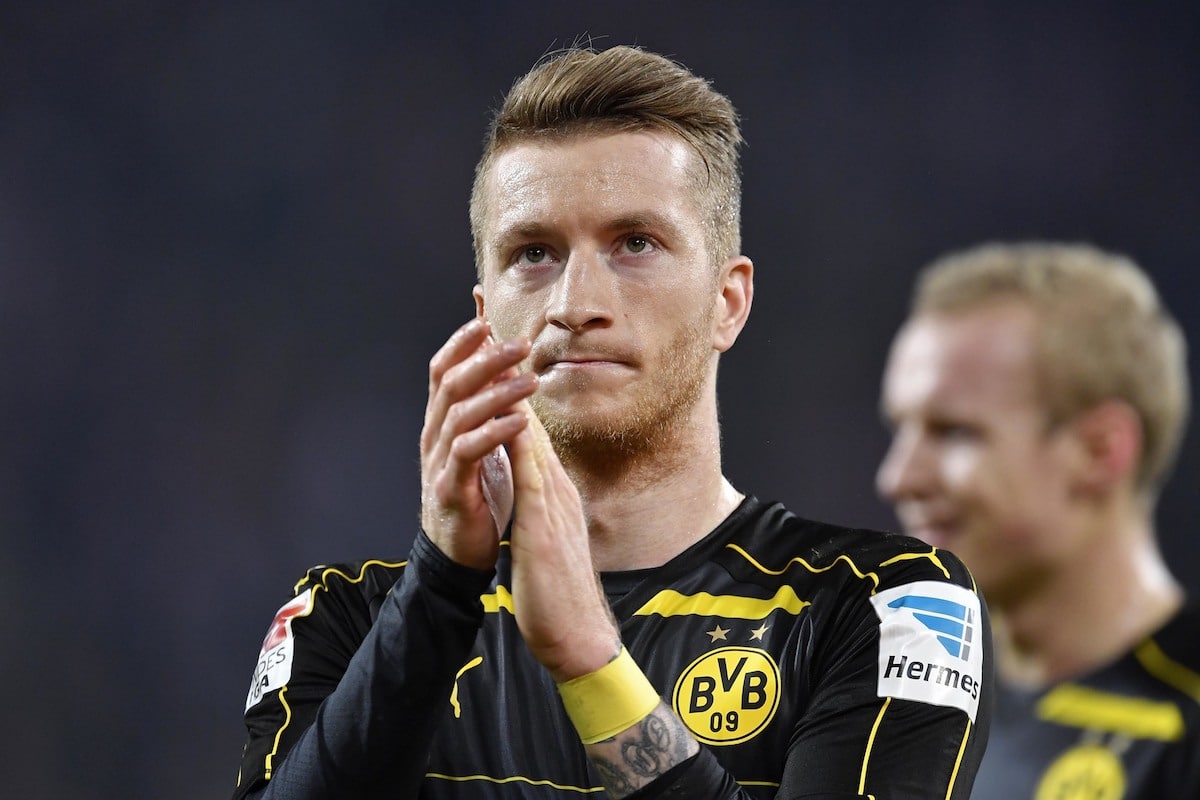 This mental side of the game isn’t measured by Opta, and even though things can be gleaned from certain sets of data, this immeasurable element needs bearing in mind when considering potential replacements for Sanchez should the worst happen.

One mooted alternative to the Chilean forward is Borussia Dortmund attacker Marco Reus.

Reus is foever linked with a move away from the German club, and has been courted by numerous clubs in the past, including some from the Premier League.

When looking at a player's suitability to replacing another, one of the first things to look at is reliability.

According to Transfermarkt.com, Sanchez has spent 84 days out injured or resting since the 2015/16 season, while Reus has been missing for 243 days in the same time. A big chunk of Reus' time out was due to a groin issue which kept him on the sidelines for six months during 2016, and meant he missed the European Championships (he'd also missed out on Germany's 2014 World Cup triumph with an ankle problem). 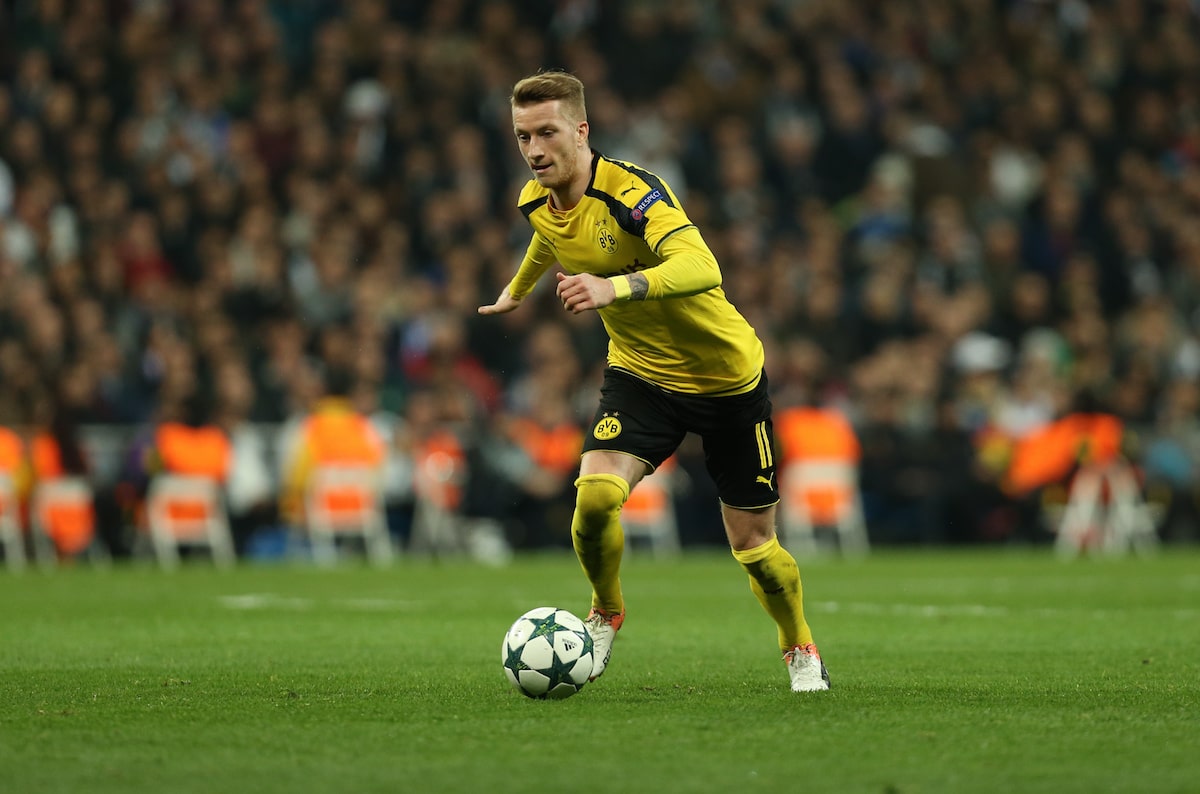 A long-term injury like this could mean that Reus is much less reliable in the future as problems can often snowball and one injury leads to trouble elsewhere in the body. He has had several niggling problems since the long layoff, including an issue with his heel and a thigh problem.

It could be the case that, should he join Arsenal, he gets lucky and is able to enjoy a long period of injury free football. But given the intensity of the Premier League, and the club’s history with injuries, then there is no guarantee that the 27-year-old will be reliable in this area.

One bonus, though, would be the presence of Arsenal's impressively titled head of athletic performance enhancement, Shad Forsyth, whom he'll have also worked with during their time together with the German national team.

If he were to stay fit, would Reus be able to fill Sanchez's boots in terms of contributions to goals and attacking productivity?

It's difficult to compare recent data due to Reus' injury, so the 2015/16 season might give a clearer picture of their output on the pitch. In this campaign Reus played 43 games in all competitions, while Sanchez played 41 – an ideal comparison!

Both players played the majority of their football from the left attacking berth – 27 games there for both – while they also played a few of their games as a striker or support striker, and several more from the right.

This positional distribution will be different this season as Sanchez has often been used as a striker, but the 2015/16 season should still give us a good idea of their comparative strengths.

The graphic below shows their respective output in certain areas of the game, focusing on their attacking traits. 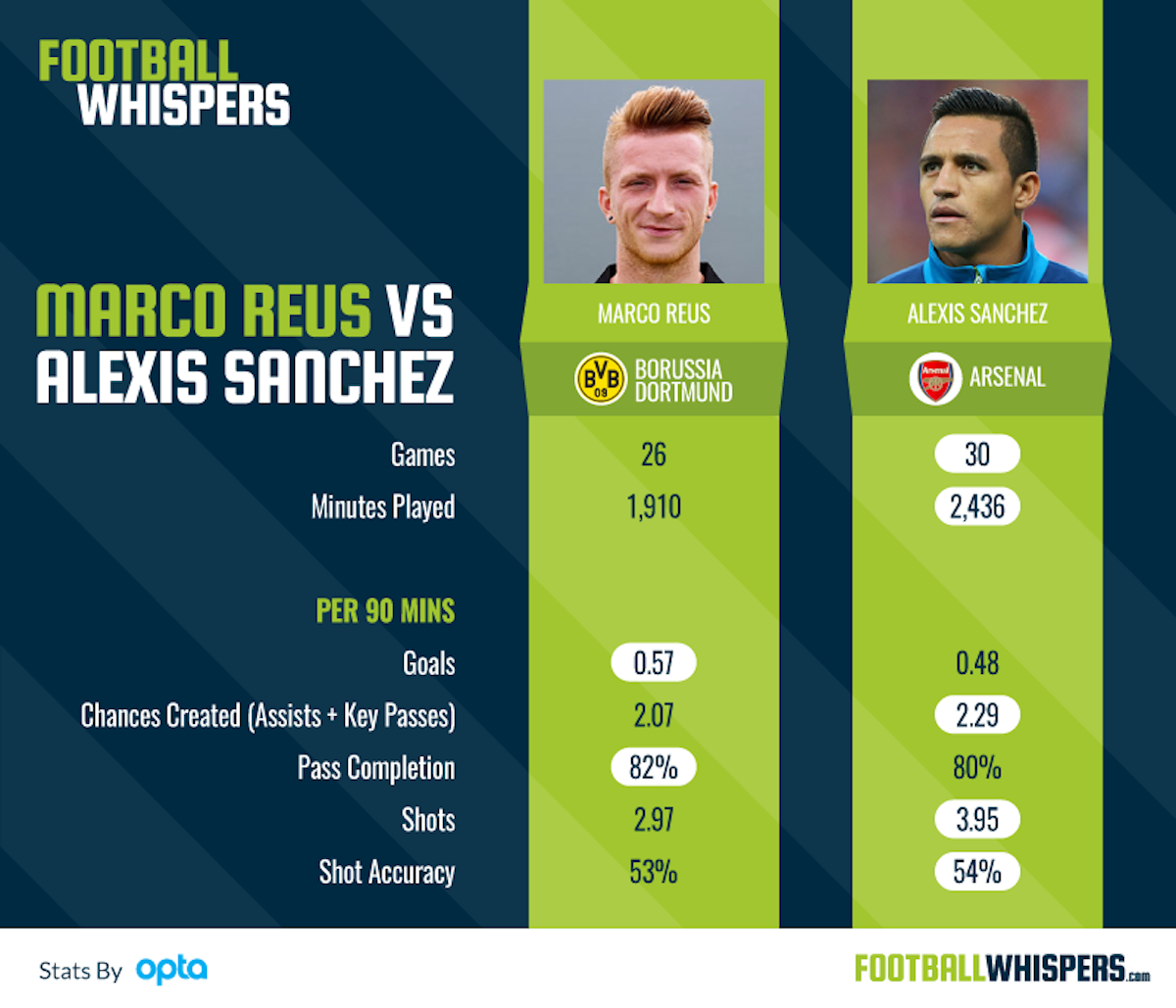 The similarities are plain to see, and the subtle differences between the two are that Sanchez is slightly better at creating, and Reus is more potent in front of goal.

Though Sanchez attempts more shots, he scores fewer goals on average than Reus, but his goalscoring statistics have improved dramatically since he's been deployed as a striker for Arsenal, and he now boasts an impressive 0.72 goals per 90 in the Premier League this season.

If Reus were to replace Sanchez at Arsenal, he'd likely be deployed from the left, with Meszut Ozil (if he signs a new deal!) behind a striker. At the moment that striker would be either the resurgent Olivier Giroud, or the intriguing, versatile, but relatively untested Lucas Perez.

There's always a chance they could make a new signing up front to compliment Reus, but this being Arsenal they might stick with what they have if they do manage to get Reus.

Former Arsenal player and current coach, Robert Pires, has shed light on Sanchez’s contract talks, which are still up in the air. 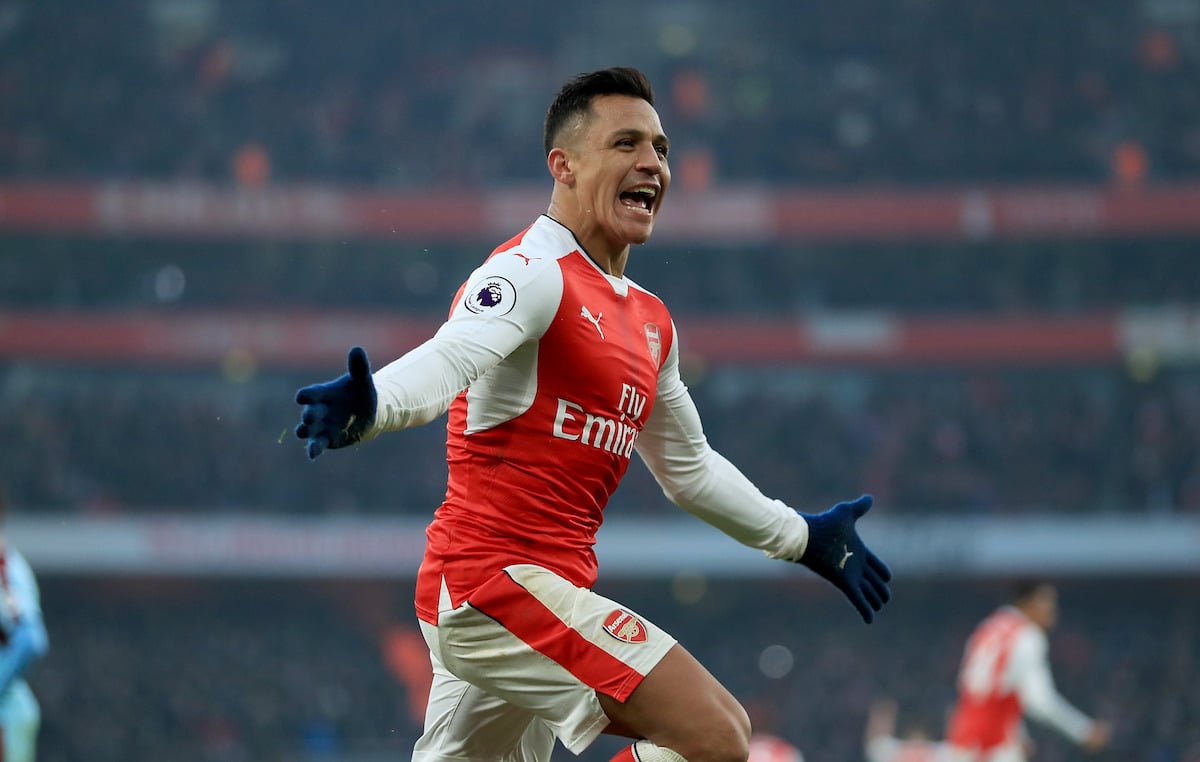 “I asked Alexis last week about his renewal. He told me that he didn’t know, that he only wants to play,” the Frenchman told Chilean newspaper La Tercera.

“He doesn’t know what is going to happen, he just wants to play and enjoy it.”

Sanchez will want the best deal for himself and his family, and if he has to move clubs to get it then he will.

One thing is for sure though, he’ll continue to give his all and fight to win every match he plays for as long as he dons an Arsenal shirt.

Whoever replaces him, should he leave, will have to be pretty special if they’re to match the Chilean in term of both talent and desire. Reus offers the former, and Gunners fans will be hoping that he can go at least part of the way to replacing the latter.

Don't miss the latest episode of Football Whispers TV where journalist Patrick Barclay discusses what is considered success for Arsenal these days.