Mexico might not be one of the favourites or indeed be on the fans' lips for World Cup glory in Russia, but they do possess a particular individual who could become a huge influence on their matches.

At every major tournament, a player unknown to many emerges into the spotlight and earns a move to a bigger club afterward, and this one in Russia has proven no different, with Hirving Lozano starring in Mexico's thrilling 1-0 victory over Germany.

Here, we take a closer look at the man nicknamed ‘Chucky'.

Tipped as a potential transfer target for Everton, Lozano is an exciting winger who is set to turn 23 years old in July.

Lozano played a huge part in PSV Eindhoven's title march last season, and for a wide player chipped in with a staggering amount of goals with 17 strikes. And when he wasn't scoring he provided his team-mates with eight assists.

If he repeats his goalscoring exploits on the biggest stage of them all then expect a few more Premier League clubs to be vying for his services.

Although Lozano can play on either flank, he prefers the right, and that's where he's expected to take his place for Mexico in their opening match with Germany on June 17.

The Eredivisie may not be one of the strongest leagues, but he settled into Europe superbly after arriving from Mexican side Pachuca, where he scooped the Young Player of the Year award in the CONCACAF Champions League and also ended up as the competition's top goal-scorer.

And so Lozano's statistics last season are eye-catching. He's a goal threat, no doubt. The PSV man isn't afraid to have a go at goal, either. He averaged 3.83 shots per 90 minutes meaning his return of 0.65 goals per 90′ wasn't bad at all. 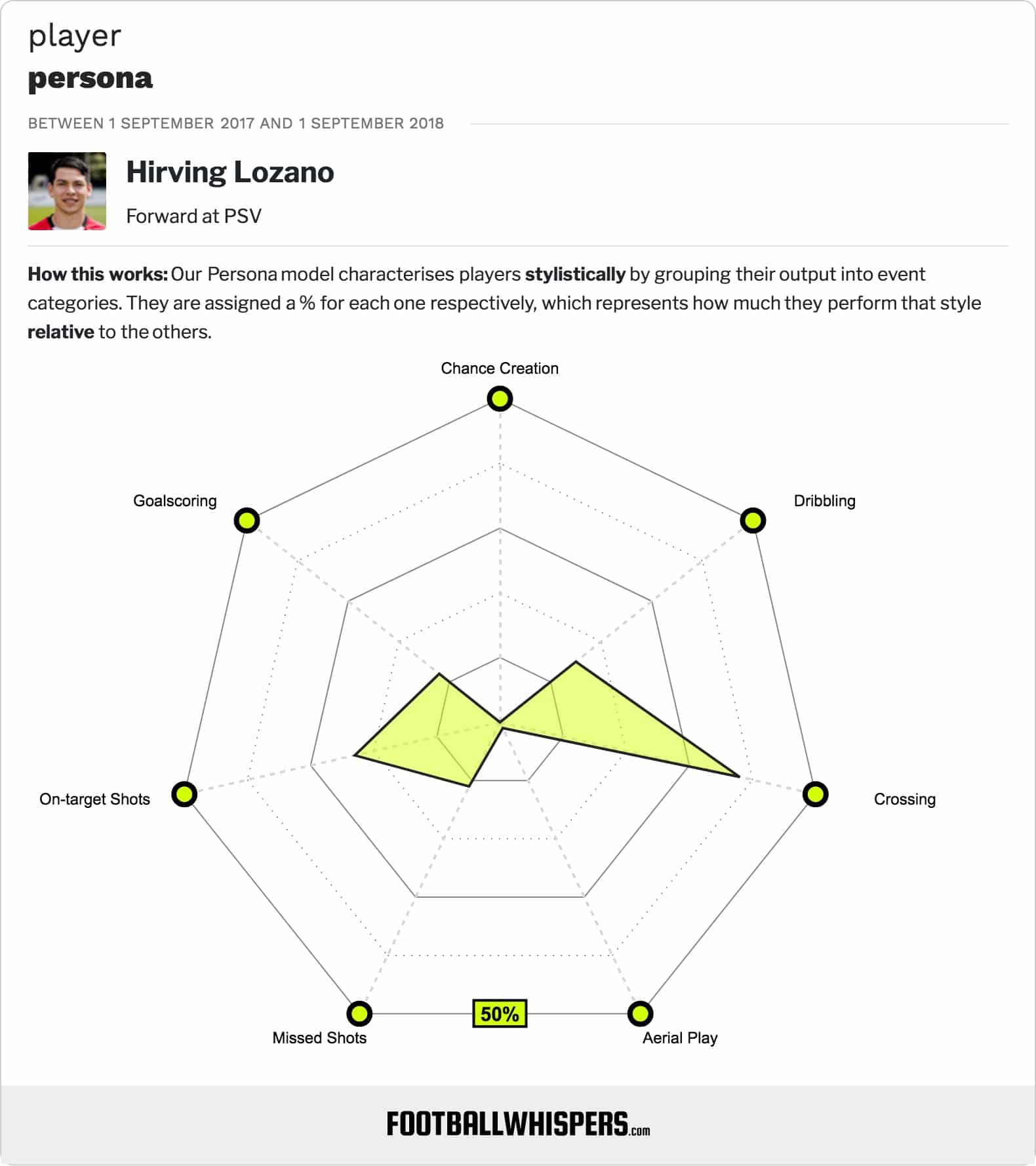 When comparing with other attackers in the Eredivisie last season, he provided 2.56 key passes per 90 minutes. That total was made up of 1.45 from open play and 1.1 from set-plays.

His passing statistics hold up under closer inspection, too. To be precise, his passing accuracy was 75.3 per cent, suggesting he likes to play to feet rather than producing any long balls.

And for someone who possesses standout pace, Lozano also doesn't mind taking opposition defenders on down the flanks and averaged 2.34 successful dribbles last term.

There's no doubt he'll look to take his club form into the World Cup and he could provide that spark Mexico are going to need against Germany. Who could he come up against? Well, if he lines up on the right, Lozano could face Jonas Hector, a player who was relegated with Cologne last season.

Hector isn't just a left-back, he can play in a variety of positions but has been Die Mannschaft‘s first choice on that side of the defence for four years.

Not regarded as the quickest either, Lozano could use his speed and trickery to glide by Hector if he plays his cards right.

Hector will look to stifle the flying wide man and use his versatility and know-how to stop Lozano, but it makes for an interesting battle. Based on their club form, you'd fancy the latter to come out on top perhaps.

If Mexico can get the ball out to Lozano often, it could provide Germany with a problem.

Four years ago, James Rodríguez made a name for himself for Colombia with his impressive displays and that wonder volley against Uruguay which scooped the goal of the tournament.

Now, someone else needs to step up and provide another World Cup memory – and Lozano has the potential to do that.