Twelve years on from their first triumph on world football's grandest stage, and two decades after their crushing heartbreak on home soil, the 1970 World Cup in Mexico crystallised Brazil's World Cup legacy.

It also cemented a place atop the Mount Olympus of footballing deities for Brazil's star of the tournament; the greatest team ever seen, led by its greatest player: Pelé.

Pelé had, of course, announced himself on the world stage as a scrawny yet preternaturally gifted 17-year-old during the 1958 tournament held in Sweden, scoring six goals in four matches as Brazil were crowned world champions for the first time.

His intervening World Cup history was less of a fairytale, though. In 1962, as Brazil retained their crown in Chile, Pelé, by this stage universally considered the best player on the planet, was injured in the second game, ending his tournament prematurely as bow-legged wing wizard Garrincha led the Seleção to glory.

Then, four years later, at the 1966 World Cup in England, Pelé was the target of brutal, unscrupulous and unlawful defensive tactics by Bulgaria and Portugal, kicking the superstar striker from pillar to post as the competition favourites were eliminated in the first round. Brazil's No.10 vowed never to play at another World Cup. 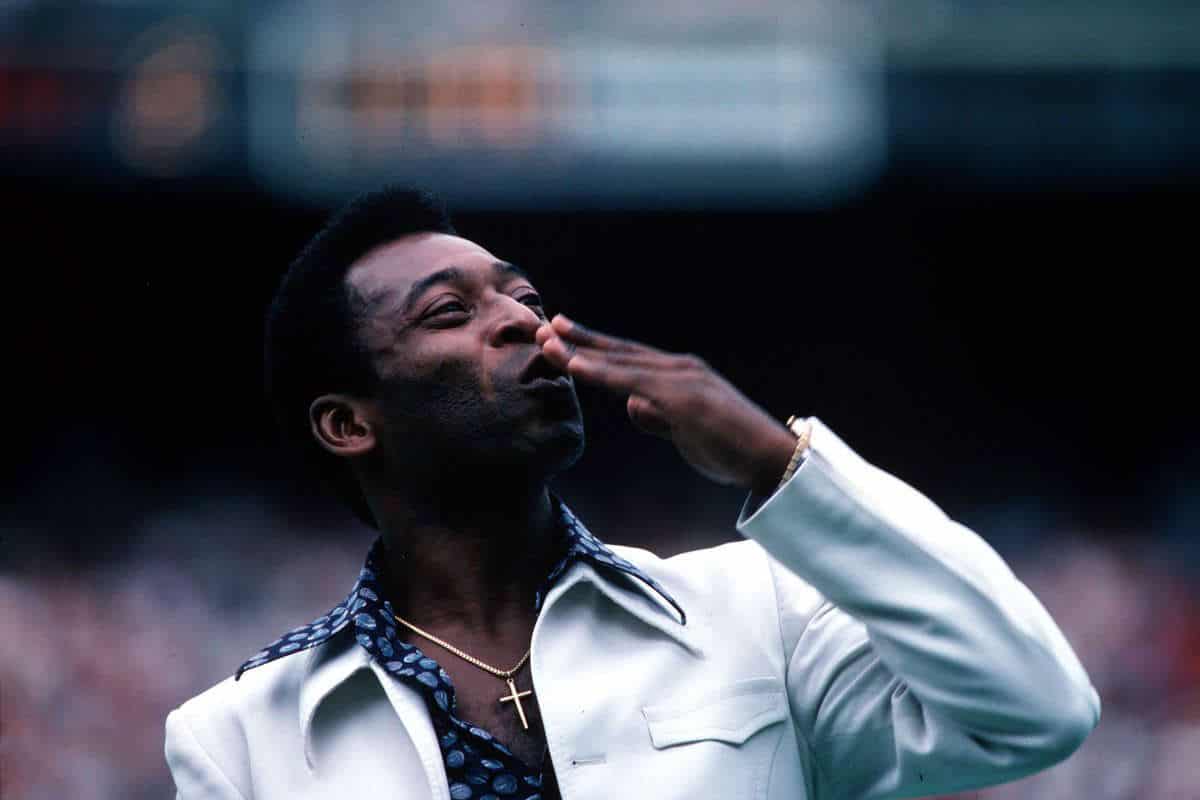 Things had gone rather more swimmingly for Pelé at club level through the 1960s, twice a Copa Libertadores winner with Santos and having scored his 1,000th career goal at the Maracanã in November 1969.

Coaxed into participating in Brazil's efforts to reclaim the World Cup at 1970's tournament in Mexico, Pelé scored six goals in six qualification matches. This, however, didn't preclude doubts arising over his continued effectiveness at the very highest level, now just a few months shy of his 30th birthday and with considerable miles on his clock.

It was true enough the the great man had lost a splash of dynamism, not quite as quick across the turf as the sprightly teenager who lit up the '58 tournament, but what Pelé lacked athletically – the extent of which, with hindsight, appears to have been greatly overstated – he more than made up for though intelligence, anticipation, spatial awareness and flawless technique.

He added leadership, too. The 1970 squad, under the tutelage of Mário Zagallo, was to be somewhat of a new-look Brazilian side. Although Jairzinho – who would go on to score in every game in Mexico – had featured in the 1966 disappointment, he was now restored to his favoured right-wing role having played on the left in England to accommodate the since-internationally-retired Garrincha. Tostão had been a new face in '66, but he was now to be a focal point in attack; and Rivelino, too, was taking on augmented responsibility on the left-hand side.

Pelé was the glue which bonded them all together. His knowhow, assuredness and swaggering confidence allowed him to shoulder the lion's share of the burden of expectation that accompanies any Brazilian World Cup squad, leading by calm example.

Pelé scored four goals at the '70 finals, including a thumping back-post header to open the scoring against Italy in the final. But the abiding memories, the clips most often recycled in television retrospectives of the great man from this particular tournament, tend to be moments of his magic which don't include him scoring.

Take, for example, his audacious lobbed effort from the halfway line against Czechoslovakia in Brazil's opening game. Spying goalkeeper Ivo Vikto off his line, Pelé sent a torpedoed effort toward goal from 50-plus yards, only narrowly missing the target. Almost three decades before David Beckham successfully pulled off the trick for Manchester United against Wimbledon in the Premier League, the way the Brazilian, without a moment's hesitation, resolved to even attempt such a strike drew gasps the world over. 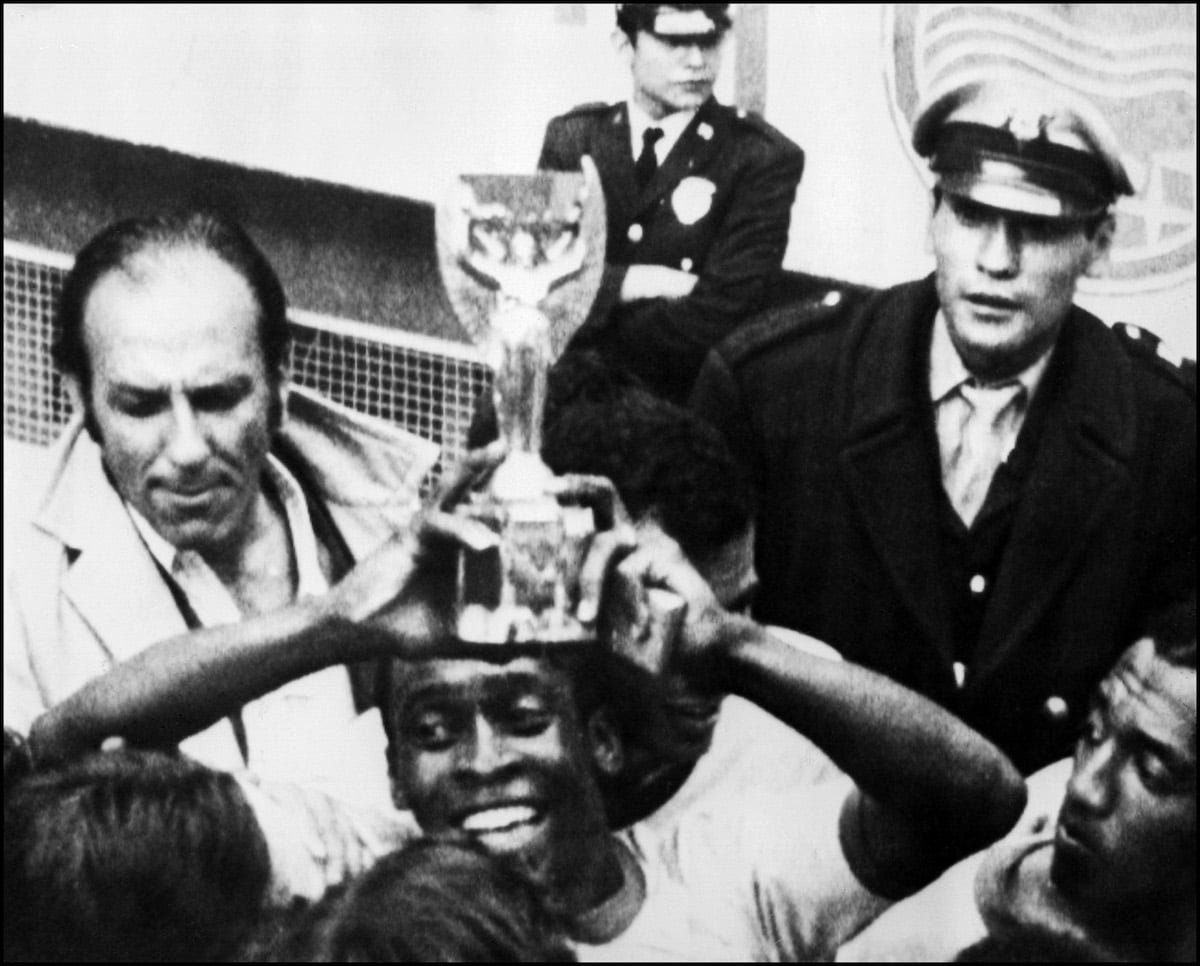 There is also the stunning save he elicited of England goalkeeper Gordon Banks, with Pelé so sure of beating the Three Lions custodian he shouted “Goal!” and he powered his header down toward the bottom corner. Although the star of that instance was Banks, clawing the attempt away in one of the all-time great saves, Pelé's impeccable aerial technique made played a vital supporting role in a historic moment.

In a moment of inspired innovation, against Uruguay in the semi-final, Pelé at once showed the capacity of his imagination to flummox and astound, while also demonstrating perfection, in footballing terms, cannot exist. Legendary sports writer Brian Glanville explains this extraordinary moment thusly:

“By way of a a last, bravura finish, Pelé, fiendishly inventive, confronted [Uruguay goalkeeper Ladislao] Mazurkiewicz on a through ball, ran to one side, away from the ball, drawing the keeper after him, then shot fractionally wide of the unguarded goal.”

Finally, Pelé served as facilitator to arguably the greatest World Cup goal ever scored. With Brazil leading Italy 3-1 in the final, the samba stars sauntered forward though midfield, passing and moving, with Clodoaldo evading several challenges near the centre circle via body-feints and a gymnast's balance, before laying the ball wide to Jairzinho, who then found Pelé centrally, 25 yards from goal.

Confronted by an Italian defender, the golden-shirted No.10 controlled the ball and nonchalantly shifted it to his right, unhurried as though he had paused time. He then, with effortless precision, rolled the ball wide to pick out the on-rushing captain, Carlos Alberto, who was out of the television camera's shot as Pelé trickled the ball out to the right flank, tantalisingly out of reach of the covering defender and onto the precise blade of grass that allowed the marauding right-back to crash home the ultimate team goal.

That the defining moments of the game's greatest goal scorer, at his defining tournament, were mostly comprised of instances in which he didn't actually score speaks to the comprehensive, multi-faceted arsenal he was able to draw upon.
The 4-1 victory over Italy clinched Brazil's third World Cup, meaning they got to keep the Jules Rimet trophy, and Pelé walked away with the Golden Ball, recognising him as the tournament's undisputed star, and making a mockery of those foolish enough to doubt him.