Miroslav Klose's performance during Germany's 7-1 win over Brazil on their way to a World Cup triumph in 2014 was a microcosm of his career as a footballer.

His goal, Germany's second on the night, meant he surpassed Ronaldo's record of 15 strikes in the competition. Yet the German didn't do his famous front flip celebration, instead he produced a simple shot knee slide. It wasn't over the top. But nothing about Klose ever was.

There was no fanfare, either. Instead, it was lost in the aftermath of what the world had just witnessed. Brazil, the host nation, had been taken apart like never before. Germany had a five goal lead inside of 30 minutes.

Klose shied away from the bedlam in the aftermath. A throwback player in a game full of egos, he'd always been an unassuming man who let his football do the talking and, despite now sitting peerless in terms of goals in World Cup tournaments, he wasn't going to change.

His career played out like a Hollywood movie. Born in Poland in 1978, Klose was destined to be a sportsman. His father, Josef, was a professional footballer and his mother, Barbara, a member of Poland's national handball team.

An eight-year-old Miroslav moved to Germany aged eight and dabbled in football as a youngster, playing for seventh division German side SG Blaubach-Diedelkopf. At 19 he was a part-time player who was training to be a carpenter. But his break came when, aged 20, he was playing for FC 08 Homburg II, the reserve side. His form alerted FC Kaiserslautern who signed the 21-year-old.

It's fair to say he was a late bloomer but Klose made up for lost time. He didn't net his first Bundesliga goal until he was 22 but he went on prove himself as a reliable scorer, hitting double figures in four consecutive seasons for the club.

It was during his time at Kaiserslautern that he earned international recognition. Poland wanted to claim him as their own but, armed with a German passport, he took a chance and waited for then national team manager Rudi Völler to call him up. 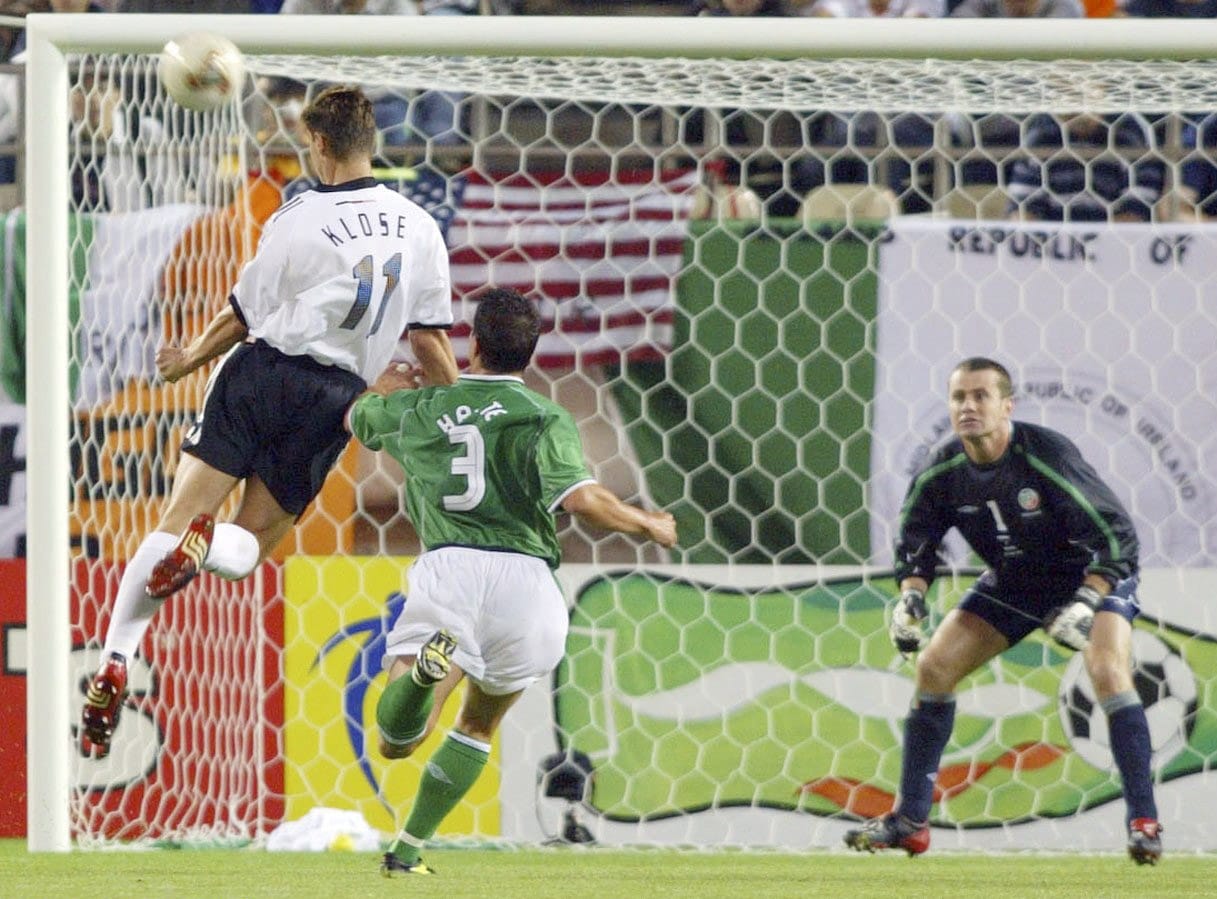 His international debut came in March 2001. He was given 17 minutes to make an impact against Albania during a 2002 World Cup qualifier. It only took him 15 as he headed home the winner. Klose repeated the trick four days later, once again coming off the bench to score to help Germany to a victory.

Back to back hat-tricks against Israel and Austria leading up to the World Cup confirmed his place in Völler's starting XI for the competition in South Korea and Japan.

His five goals, which meant he finished as the second joint top scorer, helped Germany to the final. Brazil ran out as winners. But Klose made history, becoming the first player to score five headers in a single World Cup competition.

A move to Werder Bremen saw the forward have his most productive spell in front of goal.  He netted 31 times in 40 appearances during the 2005/06 season and went to the 2006 World Cup in the form of his life. 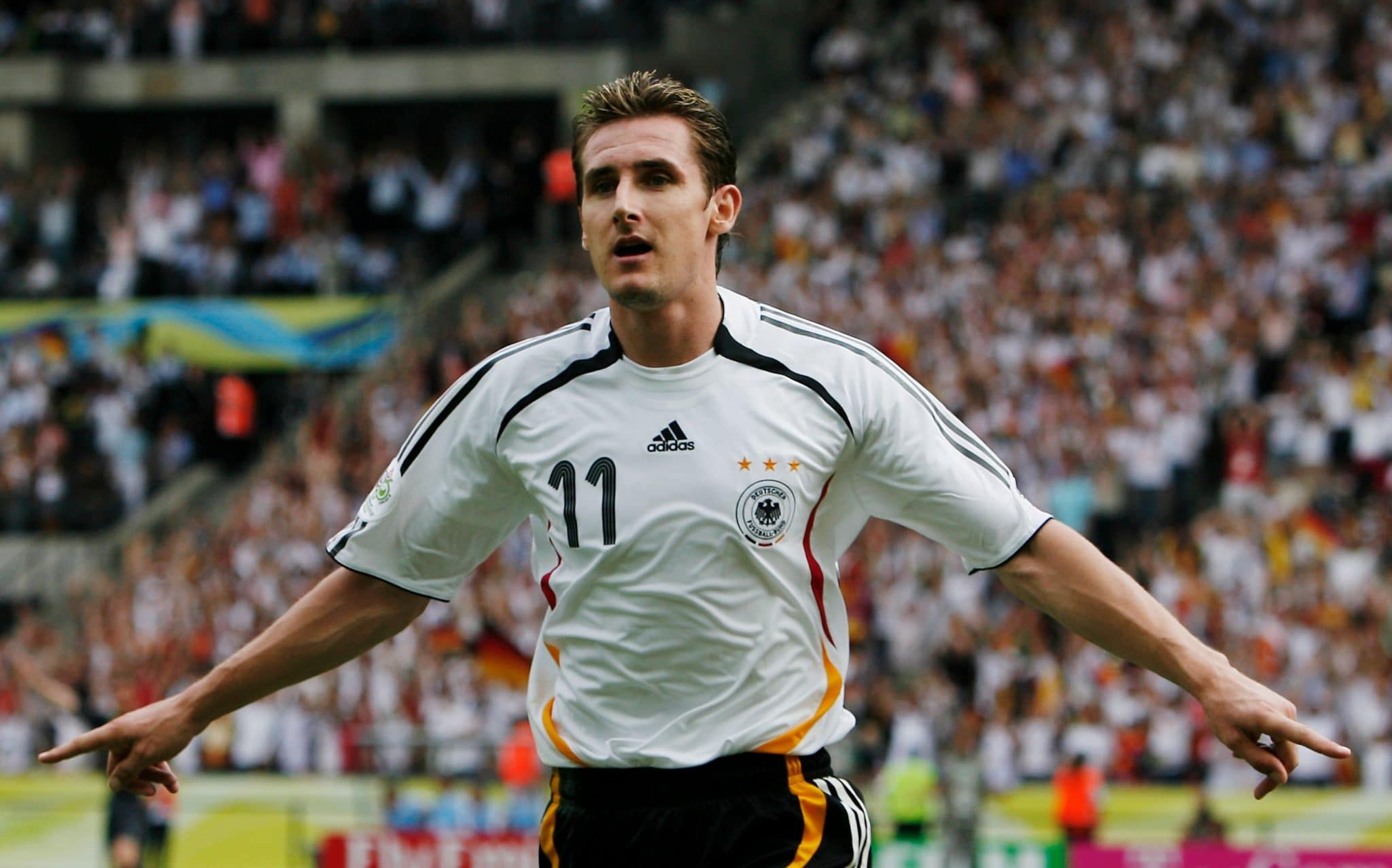 Germany, the host nation, managed now by Jürgen Klinsmann, finished in third position after losing out to Italy in the semi-final. Klose ended the tournament as the top scorer with five goals to his name, again.

After three successful seasons with Werder, he made a move to Bayern Munich. The powerhouse of German football had courted him for some time and eventually landed their man ahead of the 2007/08 season.

The then 29-year-old scored 41 goals in 85 appearances over his first two seasons with the Bavarians. He was phased out during the latter two years with the club but ended his time there having won two Bundesliga titles and two DFC Pokal Cups.

Despite his inconsistent form at club level, Joachim Löw, the manager of Germany now, called him up to his 2010 World Cup squad. And Klose, like clockwork, responded on the grandest stage of them all. The 32-year-old defied father time to role back the years.

He was sent off in the second match of the tournament against Serbia and therefore missed the final group game, but he still managed to finish the tournament with four goals. The highlight of his time in South Africa was no doubt during Germany's 4-1 quarter-final win over England. 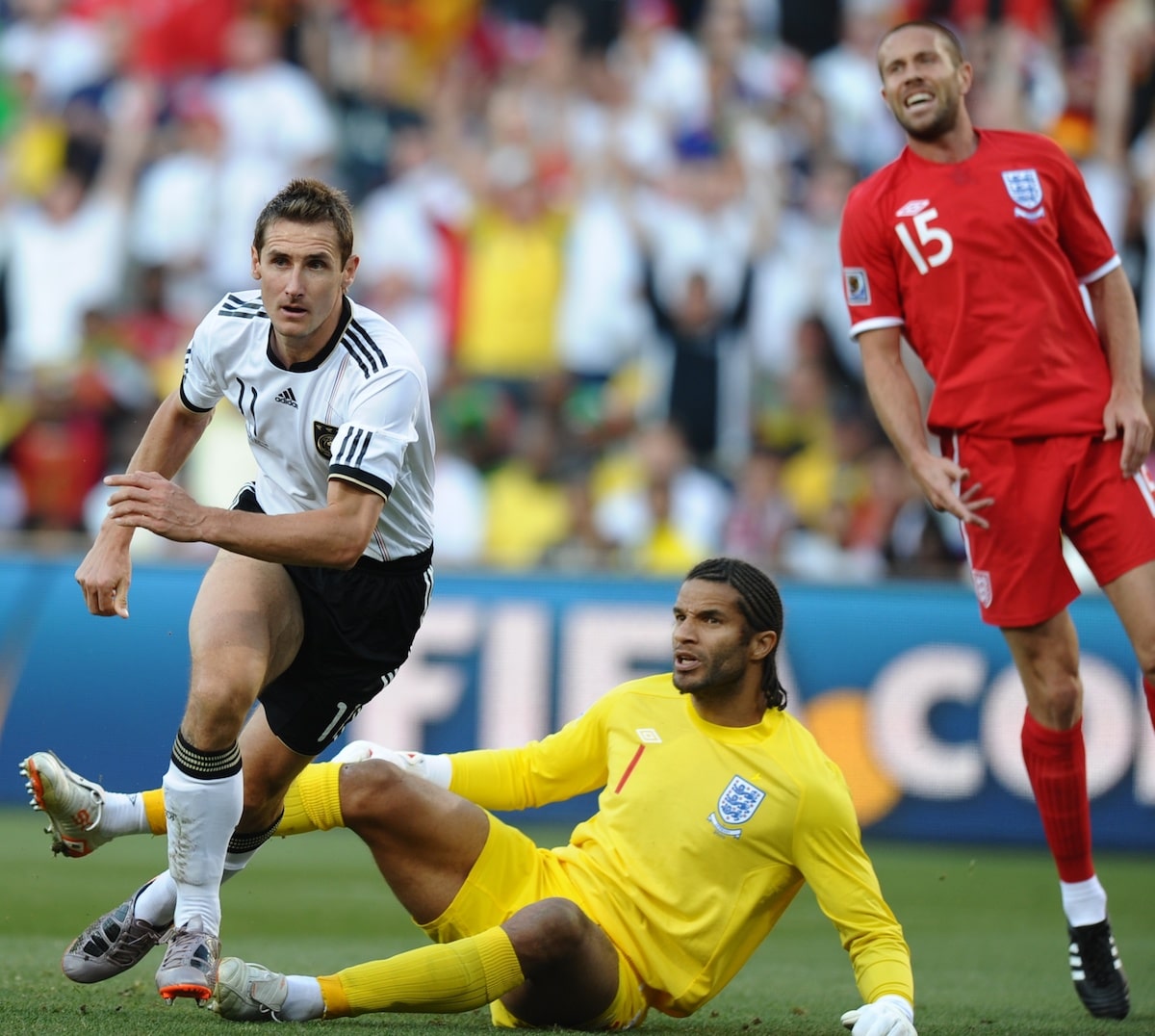 Klose, never blessed with explosive pace, raced onto Manuel Neuer's goal kick, shrugging off Matthew Upson and left John Terry in his wake before he fired past David James to give his side a 1-0 lead.

But Germany, once again, finished in third place after losing to eventual winners Spain in the semi-final.

The summer of 2011 saw Klose swap Bavaria for Rome. Many had it pegged as a swansong move for the striker but it ended up giving him a new lease of life. In five seasons with Lazio he bagged 63 goals.

Klose announced before the 2014 World Cup that the tournament would be his last. In the June during Germany's final friendly against Armenia, Klose scored his 69th international goal to become his country's all-time record goalscorer.

Onto Brazil. He went level with Ronaldo on 15 goals after netting in a 2-2 draw with Ghana, becoming only the third player to score in four consecutive World Cups in the process.

His appearance against Brazil meant he was the first person to ever play in four consecutive semi-finals and then the strike against the Seleção saw him climb to the top of the table for goals scored in the world's most prestigious competition.

It's a strike that wouldn't make many compilation videos. His first effort was saved before he fired the rebound past Júlio César. But that's exactly what Klose made a career out of doing. He was a penalty box assassin. None of his 16 goals in the World Cup came from beyond the penalty spot.

He appeared in his second World Cup final 12 years after his first. Only one other player has managed such a feat – Pele. It gave his storied career the happy ending it deserved.

Most players dream of having one World Cup memory to cherish, Klose had four. But these were but mere fleeting moments, they were four bonafide World Cup campaigns, all of which would've made him a World Cup icon in isolation. 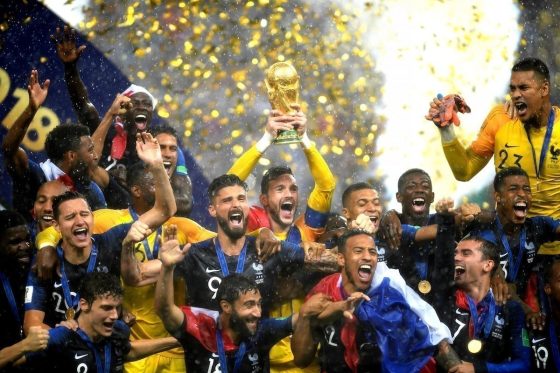 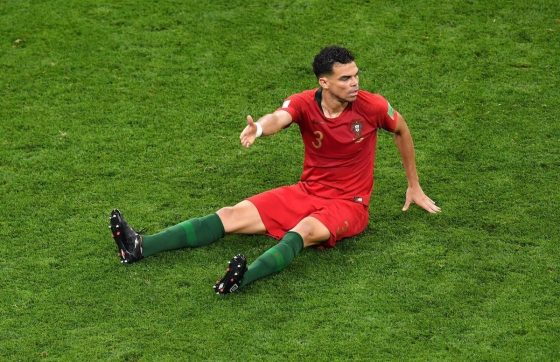 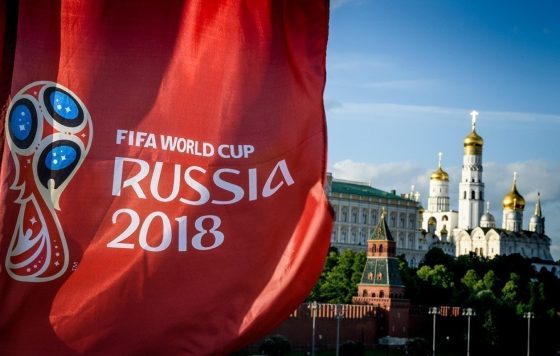 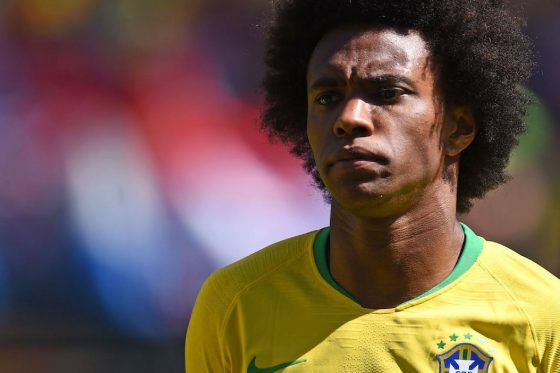 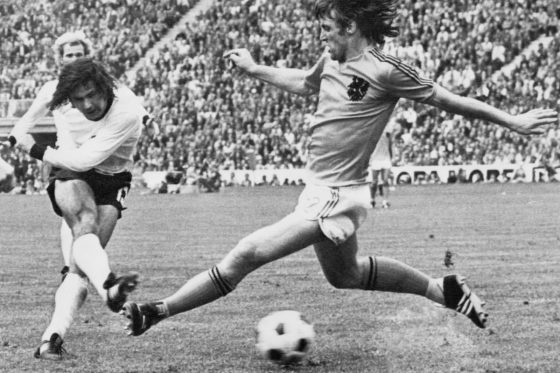 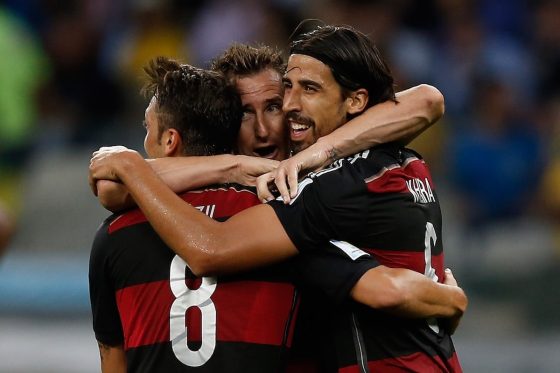