Croatia would not be in the World Cup final without Ivan Perišić.

Quite literally, he scored one and assisted the other in their semi-final victory against England. But across the entire tournament, he’s been a key figure for the side.

He has been one of his nation’s main attacking outlets – creating and taking chances – as well as being a tireless worker down his left-wing, helping out full-back Ivan Strinić.

The winger has fans everywhere, not least in Manchester United manager José Mourinho.

“Perišić is the kind of winger that is different to the others,” he said, post-England game, as a pundit for Russia Today.

“Normally you look at wingers and they are just fast and creative,” he continued, “But he is also physical, very physical. Fantastic in the air.

Perišić will have to continue in his physical, hard-working ways in the World Cup final on Sunday. With Kylian Mbappé operating on France’s right, Strinić will need all the help he can get down that flank, and Perišić will be able to help out.

Yet he will need to be a nuisance at the other end of the pitch as well. Croatia use their wings to attack more than most other nations, making the second-most crosses per game at the tournament (over 24). It will be vital for Perišić to strike the right balance to take care of Mbappé while also making sure that Croatia are not getting pinned back.

Perišić may be able to use the physicality that Mourinho was fawning over against France as well – French right-back Benjamin Pavard has only won six aerial duels all tournament so could be something that Croatia can target, with Mario Mandžukić occupying Les Bleus’ centre-backs. 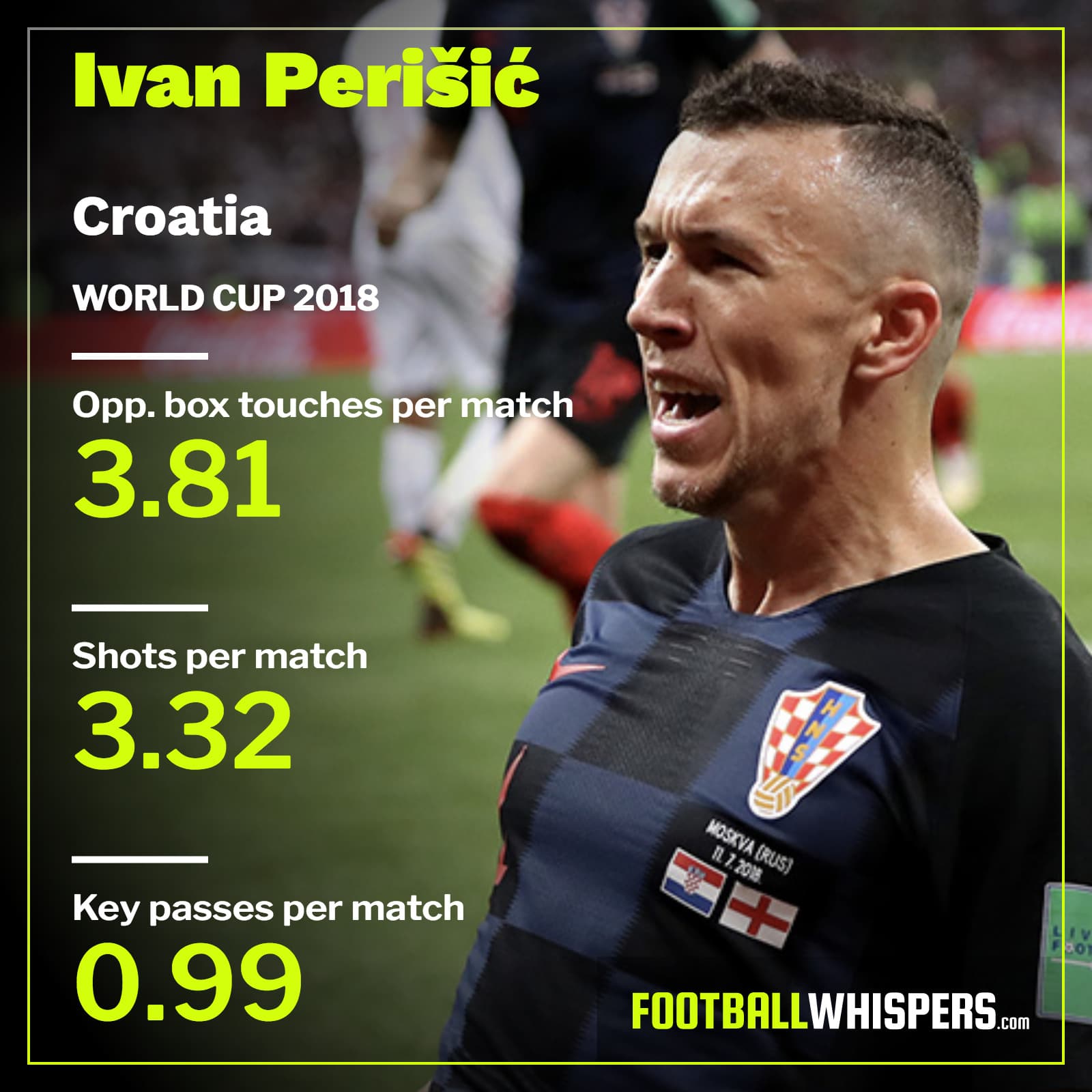 Rumours linking Perišić and Manchester United have gone on for some time now, and Mourinho’s comments on Russia Today will only fuel them further. The Croatian ticks a number of boxes that the United manager seems to have.

Firstly, he has a high defensive work-rate. He made 2.54 tackles plus interceptions per 90 minutes for Inter Milan last season, a pretty high rate for an attacker.

Secondly is his age. A lot of Mourinho’s targets seem to be around the 28-30 mark, and Perišić, 29, is slap-bang in that range.

The regularity of players linked to United coming from this age range is partly coincidence, but there are logical reasons for it as well. Players this age will have several seasons – probably half a decade or so – of playing at the top level under their belts, and, with it, a well filled-out CV.

It’s far easier to know what you’re going to get from someone in their late 20s than their early, or even mid, 20s. If there’s anything that we’ve learnt about Mourinho during his time in England, it’s that he’s somewhat suspicious of young players, and seems quick to bench them if they don’t regularly deliver. The man knows what he wants, and he wants to know he’ll get it week-in and week-out.

But before all of that, if the rumours are even true, comes the World Cup final, and Perišić is poised to make his mark on it.