The World Cup qualifying stage has always been a very dramatic and interesting one to observe. The fans always receive the best performances from the teams as the players, hungry to make their country proud, go above and beyond in their attempts to get victories.

The FIFA World Cup European qualifiers, which will be played on March 24th 2022, offer some very interesting games. Below you will find our best World Cup betting predictions with enough statistics and valuable data to back them up, gathered by our football experts.

The odds were correct when the article was being written, but they are subject to change, so please, try to double-check them for placing the bets. Our recommended bookmaker for the game is Bet365.

Wales vs Austria – Wales or Draw

This one will be a balanced game indeed. Seeing as Wales will be having the home-field advantage for this clash we must take into account the 12th player of the team – the fans! It will be certainly something that isn’t going to work in favour of Austria on the 24th of March. The two clubs have a lot of games against each other but most were played too long ago for them to be a relative factor. The last 5 games were a stalemate – 2 wins and 1 draw. Wales doesn’t have a loss in the last 7 games. Meanwhile, Austria has 2 losses in the last 5 games.

This will be a real clash as well. Both clubs have played a total of 3 times against each other and all of them resulted in an extremely balanced display from both sides – 1 win for Sweden and 2 draws. The Czech Republic has never won against Sweden. Slight advantage for Sweden but another one would be the fact that Sweden is hosting the game and they will count on huge local support. Another huge plus for Sweden will be the return of the legendary striker Zlatan Ibrahimovic who would bring a lot of positivity in the locker room.

Italy vs North Macedonia – Over 2.5 Goals

A win for Italy is to be expected here but perhaps a more interesting pick would be the Over 2.5 goals. Italy will host this game and if we look at the historical data, we will see that Italy is a team good in defense but also a team that likes to score goals. North Macedonia on the other hand is a team that is being often underestimated but likes to bring surprise. In the last 4 games for North Macedonia, there were a total of 17 goals. The two games between the two clubs resulted in a 1:1 and a 2:3 win for Italy. 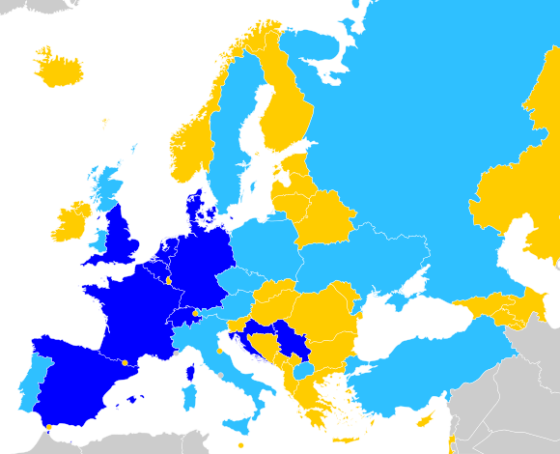 The World Cup qualifiers in Europe have always been a mesmerizing event and all the teams must mustard their last drops of concentration and will if they want to secure a place to the Big Show. The teams that rank 1st go to the major tournament directly, but do the other teams stand a chance? The 10 runners-up are joined by the 2 top group winners of the UEFA Nations League that have not managed to qualify for the WC through the regular qualification cycle and have not entered any playoff race – again through that very same cycle. The 12 teams will be drawn into three play-off paths for one-off semi-finals and a final. The three path winners qualify for the World Cup Here are some of the most important types of bets that will not only make the event itself more pleasant for you but will also provide you with more options to increase your winnings.

A favourite type of bet for many people is the group betting! In this case, the equivalent would be the path betting and who would win his paths in an attempt to secure a place in the World Cup in Qatar next year. The clear favourites to win their paths would have to be Portugal, Russia, and Ukraine but check the list below to see a list of who we consider as favourites. The odds for the winner in the paths are the following, according to Bet365:

One of the most famous types of bet is the top goal scorer bet. Path A, B, and C of the European qualifiers of the World Cup have some amazing finishers yet to play their games. Cristiano Ronaldo, Lorenzo Insigne, Zlatan Ibrahimovic, Robert Lewandowski, and Gareth Bale are just some of the most notorious names out there that you can bet on. Bookmakers will always provide you with opportunities to bet on someone else if you are feeling lucky. A good alternative might be Bruno Fernandes from Portugal or Ciro Immobile from Italy.

The World Cup qualifying stage in Europe also has other different things to mention when it comes to betting. Few other important betting tips to be offered here mainly. Of course, there are other ways to produce the most fun as well as income out of your bets other than the betting tips we provided above. The most obvious one is, for sure, to wager on the outcome of a game pre-game– be it win for the home team, draw or win for the away team. If you are certain that one team will win over the other – the pre-game bet is your friend.

If you aren’t happy with the odds you are getting and you want better World Cup betting odds then you should probably have a look at the accumulators. Do your research on a few games, make the correct bet and earn a reward a few times larger than a single bet will bring. All of that with a less costly bet from your side, thus less risk.

Also, a popular way to boost your experience while wagering is to use the in-game and live betting options. If unsure how a certain game will go, wait for it to begin, watch the first couple of minutes and see how the teams are performing. Only then you might be able to make an even more precise prediction of the outcome of the game.

What we consider the best bookmakers for the FIFA World Cup qualifiers would have to be:

William Hill offers some of the best football betting odds around. They provide very good odds for many different types of bets, there is always something for every taste.

On the other hand, we have Bet365 which needs no introduction. They are probably the most prolific and well-known sports betting bookmaker around. And for a good reason. Similar to William Hill, Bet365 also provides very good betting odds. But what is most noticeable with Bet365 is their user-friendly website that is very easy to navigate, their Live betting opportunities, and their helpful Live Chat officers who would assist you with any issue you might have.

If you don’t choose any of these bookmakers then we can suggest NetBet. With their stylish and interactive website, you will not only browse through data and odds, but you will also have fun doing it and it would come with great client support and betting odds. With NetBet you will be able to quickly cash out the earning from your bets and start spending! Everything you need to make a successful bet – NetBet has it!

The North, Central American, and Caribbean section of the World Cup is also a very interesting one offering 3 direct slots to the World Cup and 1 play-off slot.

During the 1st round, the teams between 6th and 35th in the rankings are divided in 6 groups. They play two games at home and two games on the road. The group winners advance to the next stage.

The rules in the second round are well-known to the football world. The 6 group winners will face off in a tie. The tie consists of two legs. One away and one home game for each team. There are 3 winners here. They, in turn, will be joined by the top 5 CONCACAF teams and will make one group of 8 teams. Everybody plays against one another and the top 3 teams in that group qualify for the World Cup. There is something called the Interconfederation playoffs and this is where the 4th team in that group will play.

The most noticeable names in the world of football here would probably have to be Mexico, the USA, Canada, and Costa Rica. Lesser-known teams that you can place your bet on would be:

What is probably the 2nd favorite qualification zone the CONMEBOL offers amazing football derbies from South America. Some of the most prolific football countries in the world, like Argentina, Brazil, and Uruguay, will face each other in attempts to win a place for the World Cup.

Rules have it that 4 direct slots in the World Cup are reserved for teams from South America and 1 slot is reserved for play-offs.

The ten teams from South America play in a league of home-and-away round-robin matches. The first 4 teams qualify directly for the World Cup and the other one plays an inter-confederation play-off.

There are no underdogs in the CONMEBOL as the teams that strive to get a World Cup slot here are Argentina, Brazil, Uruguay, Colombia, Chile, Peru, Venezuela, Bolivia, Paraguay, and Ecuador. 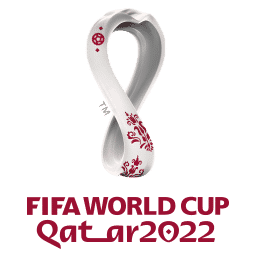 Another major World Cup qualification zone is the Africa one. All the 54 countries, members of the CAF – Confederation of African Football enter the battle to secure one of 5 direct slots for the World Cup.

There are 3 rounds to be played in this qualification zone.

In the first round, 28 teams (ranked 27–54) play home-and-away games over two legs. The 14 winners advance to the second round.

The most noticeable football names here are:

And last, but certainly not least we have the Asian qualification zone which offers enough exotic games to please any fan. A total of 46 teams will try to secure one of 4 direct slots for the World Cup. One team will play an inter-confederation play-off.

The rules here are a bit different, with more rounds to be played. The first round twelve teams (ranked 35–46) played home-and-away over two games. The six winners advanced to the second round where forty teams (that are ranked 1–34 and six first-round winners) are divided into eight groups of five teams to play home-and-away round-robin games.

In the third round, the twelve teams which advance from the second round are be divided in two groups of six teams and play home-and-away round-robin games. Then, the top two teams of each group qualify for the World Cup, and the third-placed teams advance to the final round where they battle it out for the last slot in the tournament.

Like any other qualification zone, here we have our favorites to qualify like Iran, Japan, South Korea, and Australia. And, of course, lesser-known countries like Brunei, Turkemnistan, and Myanmar will also try to seek glory.