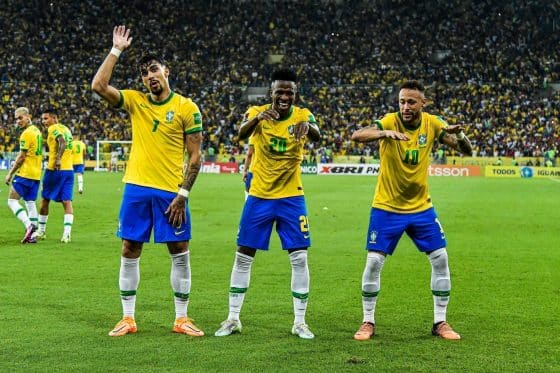 Brazil have a long, hugely successful history at the World Cup. In fact, A Seleção have lifted the famous trophy five times, more than any other country.

Germany and Italy follow closely behind with four titles each, while Argentina, France and Uruguay have each won it twice. Brazil stand tallest above all, but that glory hasn’t been witnessed for quite some time.

The South American nation last lifted the Jules Rimet Trophy in 2002. Previous wins include the 1958, 1962, 1970 and 1994 tournaments. But despite their lack of success in recent competitions, the Brazilians remain at the very top of the pile when it really matters, appearing in the most World Cups (21), having the most wins (73), and scoring the most goals (229).

Is it time Brazil finally returned to the very top of world football? The next edition of the biggest tournament in the beautiful game will take place in Qatar this winter. It will be a World Cup of firsts, but Brazil will be hoping to add some form of stability by returning the trophy to its adopted home in South America.

Compared to Europe, CONMEBOL qualifying is seemingly a much more arduous, drawn-out affair. But Brazil made it look easy. The side barely broke a sweat, winning 14 of their 17 matches. They drew the other three, qualifying without a single loss alongside old enemies Argentina.

But it was A Seleção who finished in top spot, blowing everyone away on the goals front, finding the back of the net 40 times. Moreover, they conceded just five goals along the way. Their 45 points meanwhile is a record for South American qualifying.

It isn’t usually such a breeze for South America’s most successful country, given just how fierce the competition is each time. The likes of Uruguay, Peru, Colombia, Chile, Ecuador, and of course familiar foes Argentina, are all constantly fighting for the four automatic qualifying spots. But perhaps this is the sign of a return to the very top for Brazil. 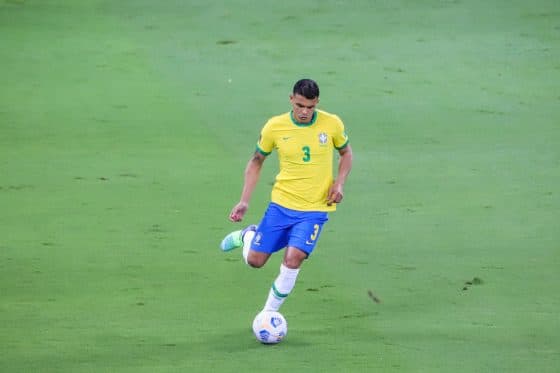 A tough task in Qatar

All their hard work in qualifying has led Brazil to Qatar, where they have been drawn in Group G alongside Serbia, Switzerland and Cameroon. At first reaction, it may not seem like the most formidable opposition in the world, but the Brazilians would be foolish to let this cross their mind for even a second.

Serbia also topped their qualifying group, and also went through the campaign unbeaten. Moreover, they pipped Euro 2016 winners Portugal to top spot in Group A of European qualifying.

Again, the Swiss topped their qualifying group, and again did it in equally impressive style. They also went through the campaign unbeaten, beating Euro 2020 winners Italy to top spot in Group C with five wins and three draws from their eight matches.

Breel Embolo was their main man in front of goal, scoring three times for his nation to help them finish top of Group C.

Breaking the unbeaten trend is Cameroon, who won five and lost one of their six matches in Group D of African qualifying. They still finished top, however, in second-round qualifying, before going on to defeat Algeria on away goals in their third-round qualifying meeting, with most of the qualifying goals shared among the nation’s attack-minded players.

Serbia are up first for Brazil on 24 November, followed by Switzerland and Cameroon on 28 November and 2 December respectively. The Brazilians will certainly be full of confidence going into the tournament. Led by manager Tite, they currently sit top of the FIFA men’s world rankings.

Who are the Brazil stars to look out for?

If one thing is certain, it is that there is immense strength in depth in all areas of this Brazil side. And it starts with two phenomenal goalkeepers in the form of Liverpool’s Alisson and Manchester City’s Ederson.

Slightly in front of them sits the legendary and vastly experienced Thiago Silva, who is joined by the likes of Eder Militao, Marquinhos, Alex Sandro, Emerson Royal, and the iconic Dani Alves, among others.

In midfield, the hugely important Casemiro and Fabinho can be relied on to keep things tight, with Newcastle’s Bruno Guimaraes, Aston Villa’s Douglas Luiz, and Manchester United’s Fred also in the picture.

Unsurprisingly, it was PSG star Neymar who took centre stage for Brazil in qualifying. He netted eight times, outscored only by Bolivia’s Marcelo Moreno. Richarlison followed closely with six, with Coutinho, Firmino, Paqueta and Raphinha scoring three each. 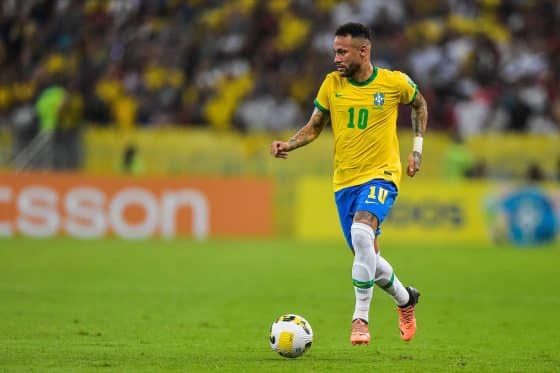 Which other countries could get in their way?

It certainly won’t be an easy task for Brazil to make it all the way to the final two, with many top nations standing in their way. Italy’s absence will be noted, but there remains several nations who already have one eye on a spot in the final in Qatar.

Current World Cup holders France will no doubt want to play a part in the final once again, while Belgium and Spain will also fancy their chances of reaching the latter stages. Portugal, England and Argentina will have a very similar mindset.

The likes of Germany and the Netherlands meanwhile cannot be ruled out. The same can be said for Croatia, who reached the final in 2018. The United States may just be considered dark horses with their young, talented squad, while Denmark will be keen to build on their recent momentum on the international stage.