There are certain countries who defy their population to consistently produce world-class footballers.

Uruguay, with just 3.4 million inhabitants, certainly falls into that category.

The South American nation has the rare distinction of having won the first World Cups in which they played, in 1930 and 1950 (they did not enter in 1934 and '38) and, while they're not expected to go all the way in Russia, there are those who are backing Óscar Tabárez's side as dark horses.

In the last decade, Uruguay have been in rude health when it has come to talent. They capitalised on their so-called ‘golden generation' to reach the semi-finals in 2010, losing to the Netherlands and eventually finishing fourth having been edged by Germany in the third-place play-off.

A year later, they won the Copa América. At 2014, with Luis Suárez and Edinson Cavani at their peak to form one of world football's most potent striking partnerships, they were expected to impress once more.

Instead, it ended in disappointment. Having beaten Italy and England in the group stage, Uruguay lost to Colombia in the last 16, undone by a James Rodríguez double.

Four years later, Uruguay are hoping to surpass expectations like they did in South Africa.

There are familiar faces: Suárez, Cavani and Tabárez, now in his 13th year in charge. There are new faces, too, with Tabárez selecting a squad featuring an exciting blend of youth and experience. Whether they can strike the right balance remains to be seen.

While nobody could come close to matching Brazil's blistering pace atop the CONMEBOL qualifying table, Uruguay were closest, finishing in second place on 31 points, ten behind Tite's side and three ahead of Argentina.

There were a number of impressive performances along the way (3-0 wins over Colombia and Chile stand out) but there were times when Uruguay were made to look distinctly ordinary, like when Brazil came to Estadio Centenario in Montevideo and dismantled them thanks to a Paulinho hat-trick.

That defeat to Brazil was sandwiched between bruising defeats to Chile and Peru, before being held to a scoreless draw at home to Argentina. With a four-game winless run, qualification did not seem so assured.

The manner in which those three consecutive defeats came about irked Tabárez, who has garnered a reputation for building teams noted for their defensive solidity. But they were anything but compact as Chile, Brazil and Peru prised them open, with Uruguay squandering a lead in each game.

Reprieve and the chance for tactical experimentation arrived in the form of a double-header of friendlies in Europe.

It did not go well. Uruguay lost 3-1 and 3-0 to the Republic of Ireland and Italy respectively, as defensive errors (José Giménez scored an own goal and conceded a penalty against the Azzurri) and insipid attacking combined only to exacerbate Tabárez's headache.

But one of the most discernible characteristics of Uruguay over the last decade has been their resilience. After a calamitous sojourn in Europe, La Celeste dug deep and held their nerve for a draw against Argentina before scoring two late goals to win away at Paraguay, clinch a point in Venezuela and rounding off their campaign with a dominant 4-2 victory over Bolivia.

It guaranteed them a place in Russia and, fresh from friendly victories over the Czech Republic and Wales, they are ready to leave their mark on another World Cup.

In South Africa and Brazil, Uruguay were tremendously difficult to break down. Not impenetrable by any means, of course, but Tabárez's teams garnered a reputation for favouring a deep defensive line and for relying on getting the ball to the Cavani-Suárez connect up top via swift counter-attacks.

When Tabárez was appointed in 2006 – his second spell in charge – he insisted that Uruguay would play a 4-3-3. However, the coach gradually began to accept that their traditional shape did not suit the players he had at that time.

They have become known for fluctuating between a 4-4-2 and 4-3-3 since the 2010 tournament but the dynamics of the team have changed markedly since securing qualification.

Indeed, the emergence of a new crop of talented youngsters – Matías Vecino,  Federico Valverde and Rodrigo Bentancur – triggered a change in approach. With a new-look midfield, Suárez and Cavani had better service and it was enough to successfully negotiate the final four games with two wins and two draws.

Tabárez trusts his players, even the more inexperienced among the 23-man squad, and could line-up in a 4-4-2 featuring Suárez and Cavani in attack, a central midfield partnership of Valverde and Vecino flanked by Nahitan Nández and the vastly experienced Cristian Rodríguez.

That leaves the defence, most likely to be comprised of captain Diego Godín and his Atlético Madrid partner Giménez at the heart, one-time Manchester United player Guillermo Varela and Martín Cáceres as full-backs and Fernando Muslera in goal.

Uruguay have traditionally been one of the grittier sides at the World Cup in recent years, so it was surprising to learn that they only averaged 50.94 ball recoveries per 90 in qualifying, ranking them 27th of the qualified teams.

However, their reading of the game is a strong suit, having averaged 16.55 interceptions per game. Only three nations – Nigeria, Saudi Arabia and Tunisia – can better that. Uruguay also averaged 19.38 tackles per 90, placing them third behind Tunisia and Morocco, so their opponents can expect Tabárez's men to be a physical and organised unit in Russia.

Although Cavani struck ten goals in qualifying, Suárez remains the attacking talisman of this Uruguay side. The 31-year-old Barcelona forward will earn his 100th cap in the final group game – assuming he features in the other two – and boasts a mightily impressive 50 goals from his 97 appearances so far.

Of course, Suárez has a complicated relationship with the World Cup. He starred at the 2010 and 2014 tournaments before exiting both prematurely for a goal-line handball and biting Italy defender Giorgio Chiellini.

This time, a little longer in the tooth (pun intended), Suárez will be looked upon as an example for the younger members of the squad and the former Liverpool favourite will be relishing a meeting with current Kop hero Mohamed Salah, with the Egyptian expected to be fit for the opening group game on June 15.

Suárez will expect to breach the defences of Russia and Saudi Arabia, too, so it could be a good opportunity to add to his five World Cup goals. 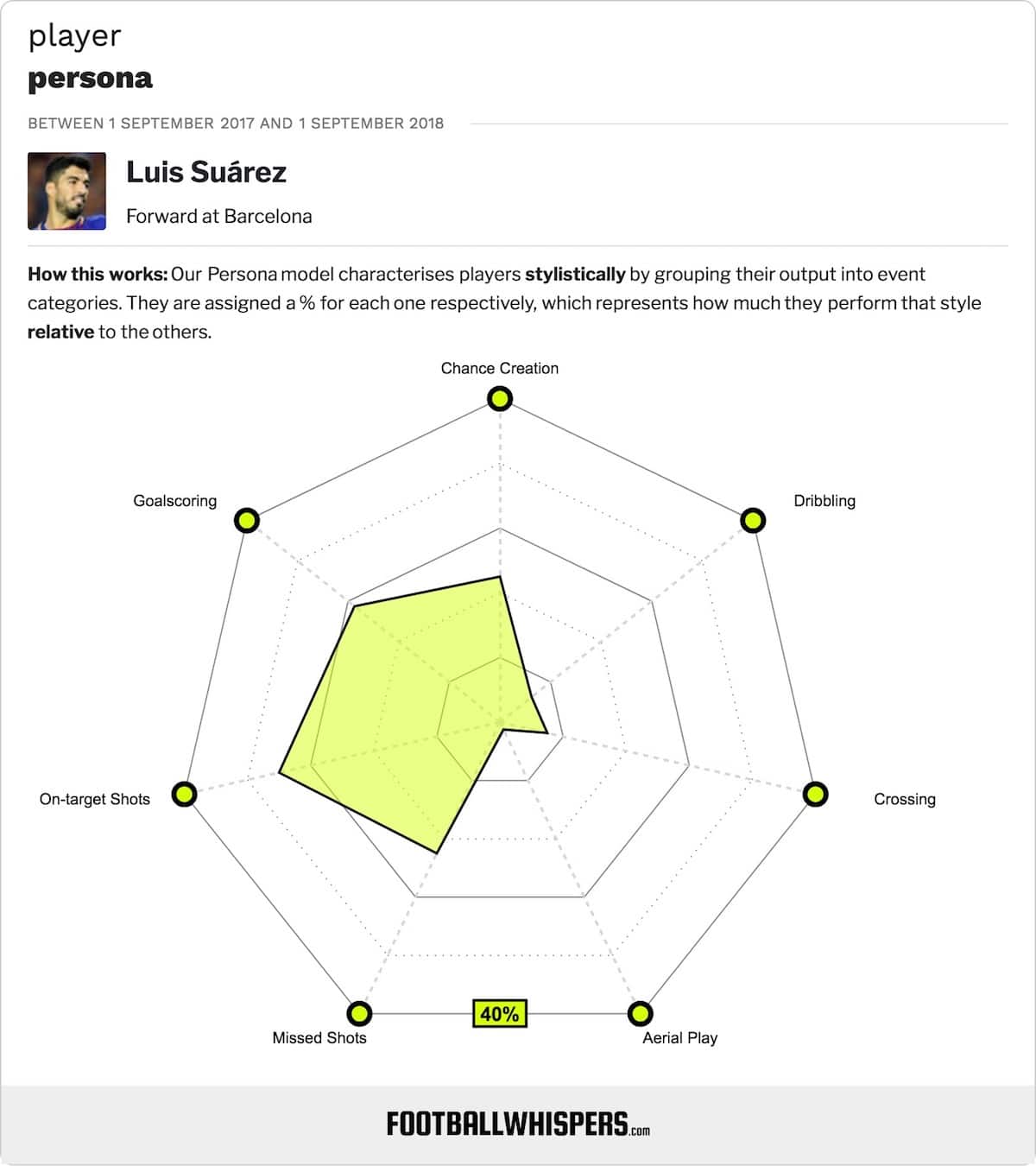 At 71 and having coached for 38 years with 16 different posts in Italy, Argentina, Colombia, Spain and his native Uruguay, Tabárez is very much the doyen of the 32 World Cup managers in Russia this summer.

He is also the longest-serving. Accepting the job for the second time in 2006, Tabárez transformed Uruguay's fortunes. When he took over, they were in the footballing wilderness, having failed to qualify for the 2006 World Cup.

Tabárez didn't panic though. He emphasised the importance of the country's underage teams and ensured, from the very beginning, that there was a pathway into the senior set-up for emerging talents, having been inspired by José Pekerman's similar approach with Argentina in the '90s.

Cavani was promoted in 2008 having shone at the 2007 South American Youth Football Championship with seven goals as Uruguay finished third. Suárez and Caceres were also called up having impressed at the 2007 U-20 World Cup.

From there, Tabárez began to build, reshaping the country's football identity before eventually turning them into one of the world's elite.

A former primary schoolteacher, ‘El Maestro‘ is a deep-thinker who seems utterly unmoved by the onset of time. After four decades, his enthusiasm for coaching Uruguay's top footballing talents remains undimmed.

Overseeing an exciting blend of stalwarts and promising prospects, Tabárez hopes his beloved Uruguay can light up the World Cup once more before he steps down.

Although the opening game against a Salah-led Egypt will present a stern examination of Uruguay's credentials, they are fully expected to qualify out of Group A. Should they win, that could see a last-16 clash with Spain or Portugal as the runners-up of Group B.

While Uruguay can certainly beat anyone on their day, reaching the quarter-finals will be a difficult proposition.