Wolves have lost their last three games in the Premier League but will be hoping to return to winning ways when they host relegation battlers Watford. The visitors are also in poor form but a win on Thursday could take them above Burnley and onto level points with Everton.

We're not expecting goals from both teams on Thursday as that has only happened in one of the last three meetings between these two clubs. Only two of Wolves' and two of Watford's last six outings in the Premier League have produced goals at both ends of the pitch, adding further weight to our prediction.

Bruno Lage was left fuming at his players following their last performance at home to Crystal Palace. Two first-half goals from Mateta and Zaha proved enough for Crystal Palace to claim a comfortable 2-0 win in the end. Wolves have now lost their last three league games and really need to put in a much-improved performance against Watford or risk slipping too far behind in the race for the European places. As things stand, Wolves sit 8th in the table, 5pts behind Spurs and West Ham.

Watford gave a good account of themselves at home to Arsenal in their last game but poor defending cost the Hornets once again. The Gunners took the lead in the 5th-minute but Watford responded well, equalising 6-minutes later via Hernandez. However, Arsenal went back in front on the half-hour mark and lead 2-1 at the interval. Martinelli added a third goal for the visitors early in the second half and although Sissoko made it 3-2 with 3-minutes of the 90 remaining, Watford couldn't carve out an equaliser.

Wolves: Nelson Semedo will miss the game with a thigh injury, while Ki-Jana Hoever is also a doubt.

Watford: Nkoulou, King, Sarr and Ngakia could all miss the trip to the Midlands through injury. 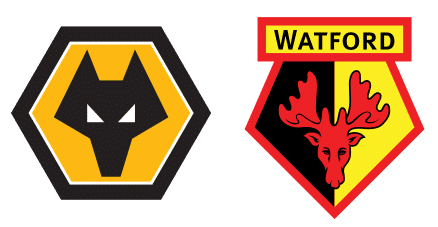