The Wolves fans will be really up for this game as it marks the first return of their former manager Nuno Espírito Santo. While there is no hard feeling between the Portuguese manager and the Wolves faithful, the hosts will be motivated by his return. Read on for our full match preview for this Premier League encounter.

Our Top Three Predictions for Wolves vs Tottenham

We're backing both teams to score in Sunday's clash as that has been the case in five of the last six meetings between these two clubs. Both teams have also scored in three of Wolves' last five fixtures and three of Tottenham's last six outings, so you can see why we're not predicting any clean sheets in this game.

We're not predicting a high-scoring game between Wolves and Spurs, in fact, we expect the game to be very closely fought. Under 2.5 goals have been scored in each of the last two meetings between the pair, while four of Wolves' and three of Spurs' last six outings in all competitions have witnessed fewer than three goals being scored.

As far as a final scoreline is concerned, we can see these two sides playing out a 1-1 draw. The hosts will want to get one over their former manager and Wolves have picked up two wins and a draw from their last five games against Tottenham. Spurs are unbeaten in their last four away games though, two of which have ended in score draws.

Nuno Espírito Santo looking to get one over his former employers

Wolves narrowly lost 1-0 away at fellow Midland's club Leicester last time out but put in a decent performance during the 90-minutes. The Wolves fans will be desperate to see this side secure its first win of the season this weekend when Nuno Espírito Santo makes his return to Molineux. The Portuguese manager enjoyed a successful spell in charge of Wolves, establishing the club in the Premier League, but the home fans would love nothing more than a win against him on Sunday. Jonny, Neto and Podence have been ruled out of this game through injury but Boly, Mosquera, Bueno and Otasowie could return to the squad in time to feature.

Harry Kane could return to the Tottenham squad this weekend but it is unclear if he will play until his transfer situation is sorted out, one way or another. Sessegnon and Ndombele could also return to bolster the visitor's squad ahead of their trip to Wolverhampton. Tottenham arrive full of confidence following a 1-0 win over the champions Man City last week, though it was clear during that game that Spurs' style of play has changed under Nuno and that they are more counter-attacking than they have been for a long time. 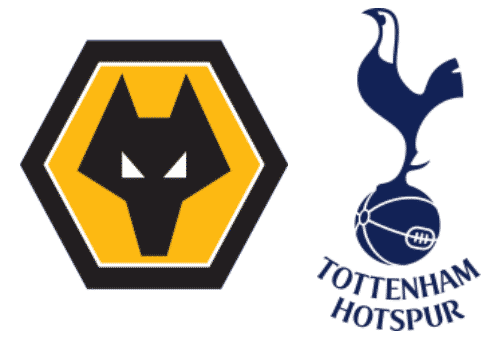