Wolves haven't been at their usual best for the majority of the 2020/21 campaign but a win against Sheff Utd will see the hosts move past the magic 40pts mark. Sheff Utd are destined for relegation this season and head into Saturday's game without a win in their last five matches in league and cup. Read on for our full match preview and prediction for Wolves vs Sheff Utd in the Premier League.

Wolves have won four of their last seven games against Sheff Utd, including a 2-0 win when the two sides locked horns in September. Wolves ended their winless run last time out against Fulham, while Sheff Utd have lost each of their last five matches in league and cup.

Six of the last seven meetings between these two clubs have produced under 2.5 goals. Four of Wolves' and three of Sheff Utd's last six outings in all competitions have also ended with fewer than three goals being scored.

Wolves claimed a 1-0 win against relegation battlers Fulham last weekend and we're backing the hosts to claim another narrow victory against Sheff Utd on Saturday. The Blades have failed to score in four of their last five matches and Wolves have only scored more than one goal in one of their last six outings.

All the stats and latest odds for Wolves vs Sheff Utd

Wolves expected to win at home against the Blades

Wolves moved onto 38pts last weekend courtesy of a 1-0 win over Fulham, bringing an end to their winless run of five matches. While Wolves have failed to hit the heights of last season, Saturday's hosts have done well considering they lack firepower up-front. Wolves are on for a mid-table finish and could still finish in the top half if they can put a good run together between now and the end of the season, starting with 3pts on Saturday. Boly could return for the hosts this weekend but Jonny, Neto, Neves, Marcal and Jimenez have all been ruled out through injury.

Sheff Utd lost 3-0 at home to Arsenal last time out and have now lost each of their last five matches in all competitions, failing to score in four of those defeats. The visitors are no doubt preparing themselves for life back in the Championship but will be hoping to find their form so they can end the season on somewhat of a positive note. Scoring goals has been an issue for both of these teams this season, so we're not expecting a goal-fest of any kind when they clash on Saturday. Berge, Sharp, McBurnie, Robinson and O'Connell have been ruled out of this weekend's clash and Basham is rated as doubtful. 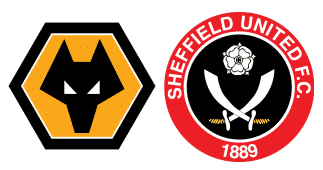