Wolves don't have any points on the board after two games and now they face Man Utd at Molineux. The Red Devils looked fantastic against Leeds but failed to beat Southampton in their first away game of the campaign.

Read on for our full match preview and prediction for Wolves vs Man Utd in the Premier League.

Our Best Betting Tips for Wolves vs Man Utd

Recent matches between these two clubs haven't always produced a lot of goals but over 2.5 were scored when the duo last met back in May. At least three goals have been scored in four of Man Utd's last five matches and we're backing the guests to bring the goals with them on Sunday.

Bruno Fernandes already has three goals in the Premier League this season and we're backing the Man Utd midfielder to find the back of the net once against this weekend. Fernandes has gone from strength to strength since joining Man Utd and scored 18 league goals last season.

Can Wolves secure their first points of the season at home to Man Utd?

Wolves had been hoping to get one over on their old manager last weekend but a 10th-minute penalty from Alli proved enough for Tottenham to secure all 3pts at Molineux. Bruno Lage is still getting to grips with the Premier League and his new club, so the Wolves faithful need to stay strong but be prepared for another difficult season.

Man Utd went behind at St Mary's to a wickedly deflected own goal from Fred but managed to equalise early in the second forty-five through Greenwood. Man Utd pushed for a winning goal but failed to convert any of their chances and had to settle for a share of the spoils.

Wolves: The hosts have a number of first-team players missing through injury this weekend including Boly, Jonny, Neto, Mosquera and Bueno.

Man Utd: The visitors are likely to be without Rashford, McTominay, Telles and Henderson due to injury, while Jones, Bailly and Cavani could make their returns. 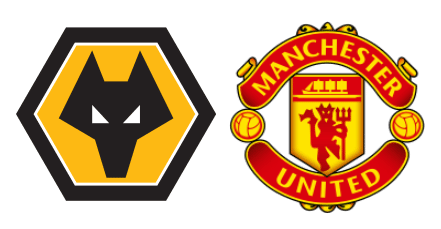