Renato Sanches, Gonçalo Guedes, André Gomes and André Silva. Four Portuguese stars who could all be turning out for Wolverhampton Wanderers in the Premier League next season. And no, this isn't Football Manager.

Wolves have an 11-point lead going into the final 16 games of the Championship season. They have lost just four matches during their league campaign and, barring an epic collapse, they're going to be playing in the top flight of England again come August. And that could lead to a very interesting summer.

Not many newly promoted clubs would be in a position to approach, let alone sign, the likes of Sanches, Guedes, Gomes and Silva, but Nuno Espírito Santo's men have an advantage; Jorge Mendes, the man who looks after the affairs of Cristiano Ronaldo, Radamel Falcao and James Rodríguez.

The super agent is the de facto director of football at Molineux and his relationship with Fosun International, the club's owners, means Wolves have access to some of the most exciting talent in Europe.

And with Mendes pulling the strings there's a very real possibility that a player like Silva, a one-time Real Madrid, Everton and Chelsea transfer target who moved to AC Milan for £32million last summer, is playing their football in the Black country next season.

The 22-year-old was linked with a £34million move to the Championship side during the winter window – Italian newspaper Corriere Della Sera claimed Milan knocked back an ‘important offer’ from Wolves – and it's telling reports linking Swansea City with a move for Silva weren't taken as seriously as those suggesting he was Wolves bound.

In the past there have been clubs who have tried to replicate what Fosun International are doing now.

However, none of these teams had close ties to a super-agent like Mendes. It's what makes the project at Wolves one that could be sustained, at least in the short-term.

Learning from past mistakes

Monaco attempted such a model but eventually knocked it on the head. Notts County entertained the idea, too, but it didn't last a season season before money problems hit them hard. Valencia came closest to nailing it, with Nuno at the helm and Mendes orchestrating things behind the scenes, but the club's history meant it was destined to fail.

Fans rejected the way Peter Lim, the owner, gave control to Mendes and Nuno. President Amadeo Salvo, sporting director Francisco Rufete and scout Roberto Fabian Ayala all left the club after a disagreement with Nuno, and it was Mendes' idea to appoint the former Porto boss in place of fan favourite Juan Antonio Pizzi.

Fans rebelled, results went against Nuno and eventually he was replaced as manager. It was a trail run for Mendes and he no doubt benefitted from it. 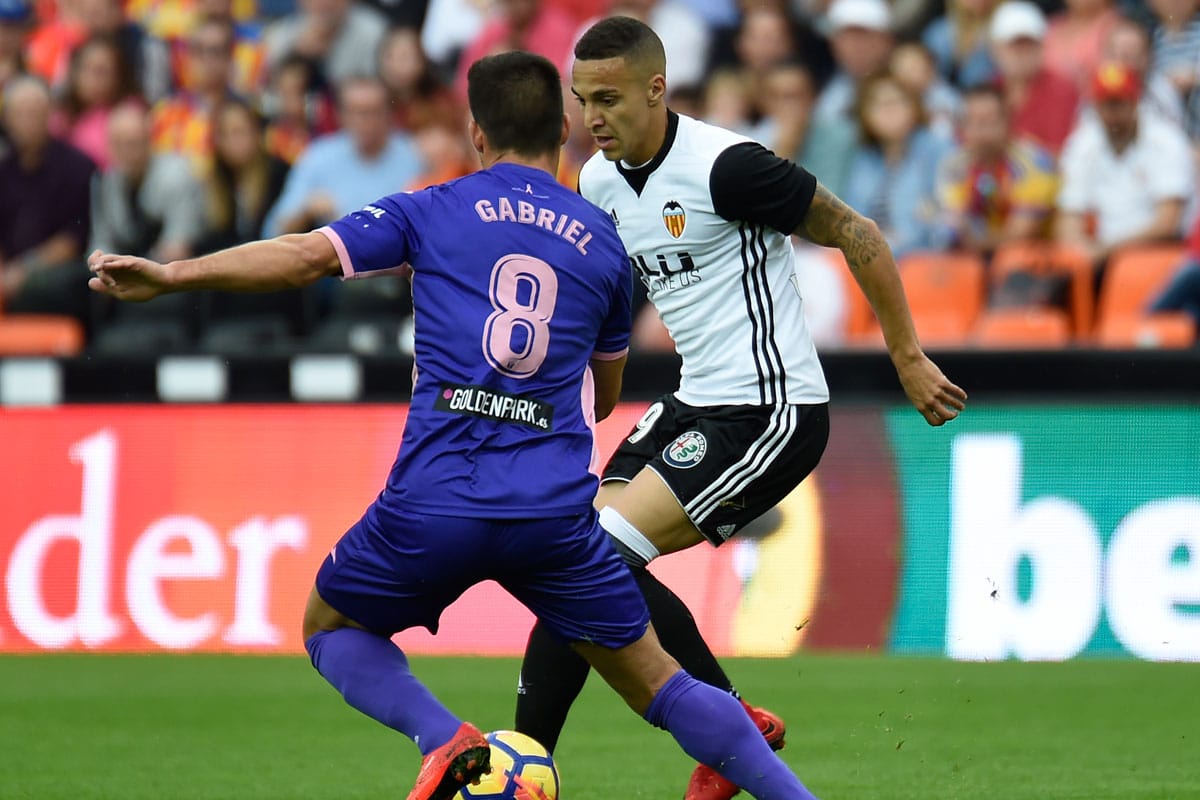 Reports claim it was he who recommended that Fosun International target and eventually take overWolves.

And while their managing director Laurie Dalrymple acknowledged Mendes was a “known associate” and friend of the club’s Chinese owner, he maintained it would be against football rules for an agent to be in charge of recruitment.

Mendes’s role is advisory. Dalrymple said: “Someone, because of the friendship with the owners, that we take opinions and advice from.”

But the Championship club, rooted to mid-table finishes, offered Fosun International and Mendes a unique opportunity. It's a mutually beneficial relationship for all parties involved.

Wolves look destined for promotion to the cash-rich Premier League. Fosun International increase the value of their asset. And Mendes is able to put his clients in the shop window, to prove they can cut it in England.

Mendes is playing the long game and is putting his connections to good use. It's why many of the players arriving in Wolverhampton are doing so for reasonable prices.

Yes, it's a huge outlay for a Championship club but had they been heading anywhere else, say a Premier League side, they'd be going for twice that amount.

Champions League players in the Championship

Willy Boly at £10million is a bargain in today's market while Ivan Cavaleiro was an Arsenal transfer target before his £7million move to Molineux.

Hélder Costa, a man who terrorised Liverpool in the FA Cup last season, swapped Benfica for the Black country in a deal worth £13million and Everton transfer rumours suggest the Toffees remain keen on the 24-year-old. 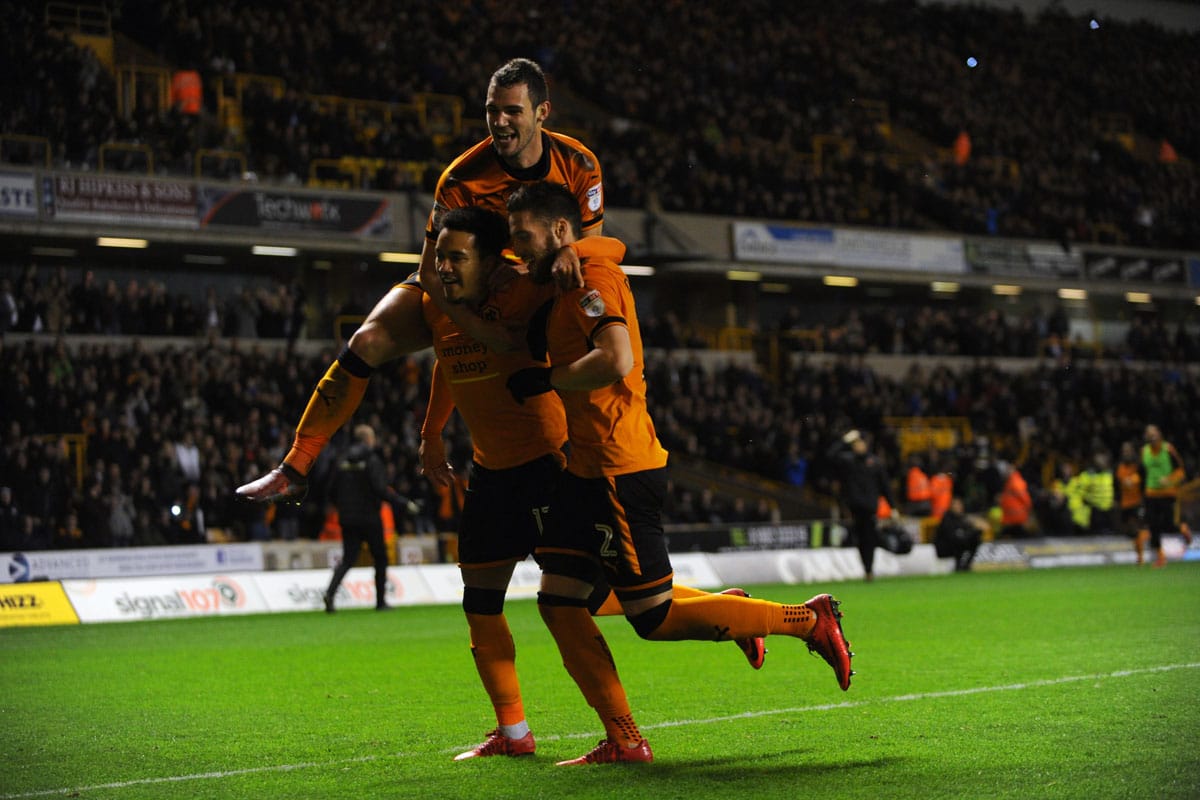 Rúben Neves was a one-time

Wolves have recently added Diogo Jota to their ranks after the highly-rated 21-year-old agreed to turn his loan move into a permanent one in the summer.

“As a management group, our aim is to provide the head coach with a playing squad that gives him the best possible chance to succeed and I believe Diogo is certainly a player that does that, and will continue to do that beyond this season.

“Whilst the agreement won’t be fully confirmed until the 1st July, by making this statement of our intent, it again allows us to be as open and honest with the fans as we can be with regards to how we wish to take the club and the squad forward.”

Can Wolves sustain it?

The Championship leaders have players who would walk into most top six Premier League clubs, Jota is another. But by not rushing these moves Mendes is building up their value which in turn increases the fee Wolves will receive when a move does eventually happen.

It's unlikely any of Mendes' players will depart in the summer, not without having played Premier League football and boosting their value further. And if Wolves do manage to keep the core group of players together, while adding a bit more quality in key areas, then they could surprise many sides next season.

As shown in the past, it's not just about having good individuals. Nuno has managed to find a system to suit his players and bring balance to the team. They play a 3-4-3 formation and operate with a mid-press. Wolves allow the opposition to build from the back before aggressively hunting for the ball as soon as they reach the half-way line.

When they're able to turn the ball over, the first thought is to hit the flanks and use the pace of both wing-backs, as well as Jota and Cavaleiro. It's system that would work well in the Premier League with many teams not able to deal with pace, power and trickery in wide areas.

Then, in Neves, Wolves have a player you can dictate the tempo of games – it's hard to put a price on that in the English top flight.

There will, of course, always be a feeling that the bubble will burst. The fear is that if big offers are made for Mendes clients, then Wolves will be unable to turn down such offers with the Portuguese holding all the cards.

For example, could they really turn down £80million for Neves, Jota, Cavaleiro and Boly? And could the quartet be replaced with players of the requisite quality without the club spending north of £100million?

It will continue to be a concern until proven otherwise but, for now, fans should enjoy the ride.

With Mendes, the second most powerful agent in the world, according to Forbes – ranking just behind Scott Boras, acting as the transfer conductor, Wolves have every opportunity of pulling off major coups in the market and stunning the Premier League. He really is bringing Football Manager to life.