Jürgen Klopp and his squad will be traveling to Molineux to play versus Wolves. With the current article, we are bringing you the latest and best free betting tips.

All of our predictions are completely unbiased and are based on our experts' informed opinions. We provide you with not only the most possible bets but also the ones bringing you the best risk/reward ratio.

Always carefully check with the bookmaker before placing your final bet, as the odds are subject to constant change! Our recommended bookmaker for this match is Ladbrokes.

The Merseyside club has recently fallen out of favor after a series of troublesome results. Jürgen Klopp’s team results in Europe have been satisfactory, but not as good in the Premier League. Wolves are keen on upsetting big clubs, as they frequently show, so our prediction is leaning towards Nuno Espirito Santo’s club. Wolves have lost only 1 match in their last 5 and this loss came on the road against Man City. Liverpool has lost 7 out of 10 in the EPL and that's a problem.

Here, we do not expect a goals galore fixture. The combined bet of Under 3.5 goals and Both Teams to Score brings significant value with the odds of 23/10. If Wolves are to score at home, they will most likely fail to keep a clean sheet, but also not concede a ton of goals. The last time Liverpool had a 4-goal match was against Leicester on 13.02 and the Merseyside club scored only once. As far as Wolves go, out of their last 11 matches across all tournaments, only 1 game went over the 3.5 goal total.

Unfortunately, Wolverhampton’s main scorer Raul Jimenez is still sidelined after the dreadful head-clash with David Luiz earlier in the season. However, this has given room for a lot of other Wolves players to step in. Pedro Neto, Adama Traore, Ruben Neves, and Fabio Silva have all shown that they are capable of finding the net. With the exception of the last match against Villa, Wolves have scored at least once in each of their previous 4.

Wolves vs Liverpool: Let's analyze the latest results by both sides

Not only that we bring you up-to-date stats but we also compare the best odds for you.

Molineux is Wolves' fortress as much as Anfield is Liverpool's. Nuno's squad has had considerably better results at home than away this season, and a great advantage for them is that they will host the game in hand.

On the other hand, The Reds’ recent form has been dreadful. Liverpool has lost 4 of its last 5 games and has only managed a 2-0 win vs Sheffield United. Although the reasons for the Reds’ downfall remain unclear, the results are quite evident. Klopp’s team is currently sitting at the 8th Premier League spot and has all chances for a title race have slipped away. All of this is rounding up for another upset by Wolves.

Wondering where you can also bet the underdog and get excellent value for your bets? Check out our other English Premier League tips. 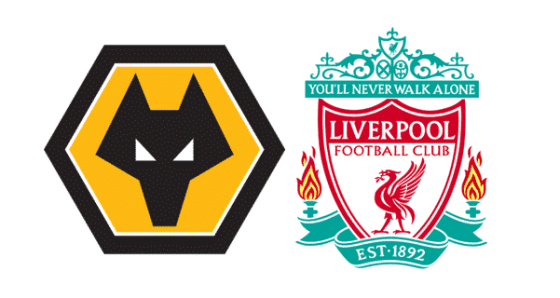